Most of the time the microphone embedded inside our smartphones and tablets are decent enough for basic recording needs. However, if you’re looking for a slightly better sound quality, then the iRig MIC Cast may just be the right tool for you.

This pocket-sized microphone has been out in the market for quite some time already, but it’s only been recently that we get our hands on a sample unit along with the iRIG AmpliTube and Stomp. 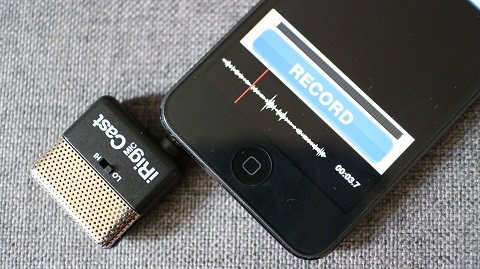 The MIC Cast is a no-frill, plug-and-play microphone accessory that works with an Android or iDevice. It goes in to your device’s audio jack and has a female audio port so you can still attach an earphone while it’s connected.

There’s also a switch in the middle of the accessory that allows you to control the mic’s sensitivity. 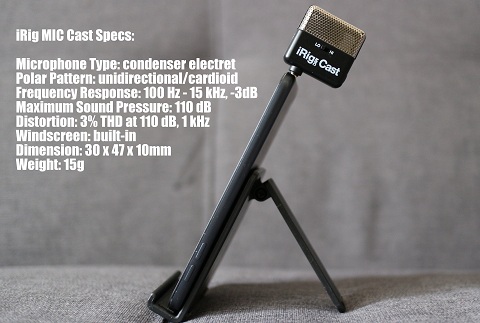 The iRig Mic Cast comes with stand for smartphones.

Although the MIC Cast will work with your device’s native sound recorder app, it works best when used alongside the accompanying app called iRig Recorder which you can download free on Google Play Store and App Store

As I’ve mentioned on the short video demo, the iRig Mic Cast is a worthy investment for those who uses their smartphones or tablets for recording audio. It’s small, lightweight and most importantly delivers better sound quality compared to your device’s built-in microphone.

The iRIG Mic Cast retails for Php2,490 and is available at these following stores: