An update has emerged for Apple’s Battery Replacement Program for its iPhone 5 that even those that no longer have their original displays will be eligible for the replacement. 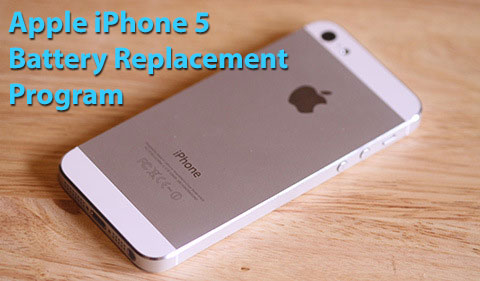 Apple’s initial offering was free battery replacement for some iPhone 5 units (bought between September 2012 and January 2013) that are experiencing shorter battery life. However, the company wouldn’t recognize the device if it no longer has its original parts intact.

Since then, the company has recently released a new statement on their Global Service Exchange page that reads:

iPhone 5 units with a third-party display are eligible under the iPhone 5 Battery Replacement Program.

Again, to make sure if your iPhone 5 is one of the devices that are qualified, you may go to Apple’s support page and key in your phone’s serial number.

not true. I called powermac to inquire if they will replace the battery of iphone 5 even if the screen has been already replaced by the third party parts.

where did you guys get this info?

how long does your Iphone 5S battery last? I dont know if its normal but mine is less than a day. with 3G connection is activated and low brightness display. :( its frustrating..

I disagree. My Galaxy S5 will last for 10 hrs before flashing the low batt sign. Enough to carry me throughout the day. I am on 4G all day because I use it for online calls and messaging. Plus I go to Youtube on lunch breaks. I have a small powerbank to charge up when my night is not yet done after office.

But how about units from the US? I went to a nearby Power Mac Center but they were instructed to only cater units bought locally. Is this true?