If you’re looking for a pair of headphones with good sound quality in a retro package, one of the first brands that will come to mind is Marshall. And one of its most recent offerings is the Major IV. Still packing that signature sound and retro look but with new features. Check out our hands-on below. 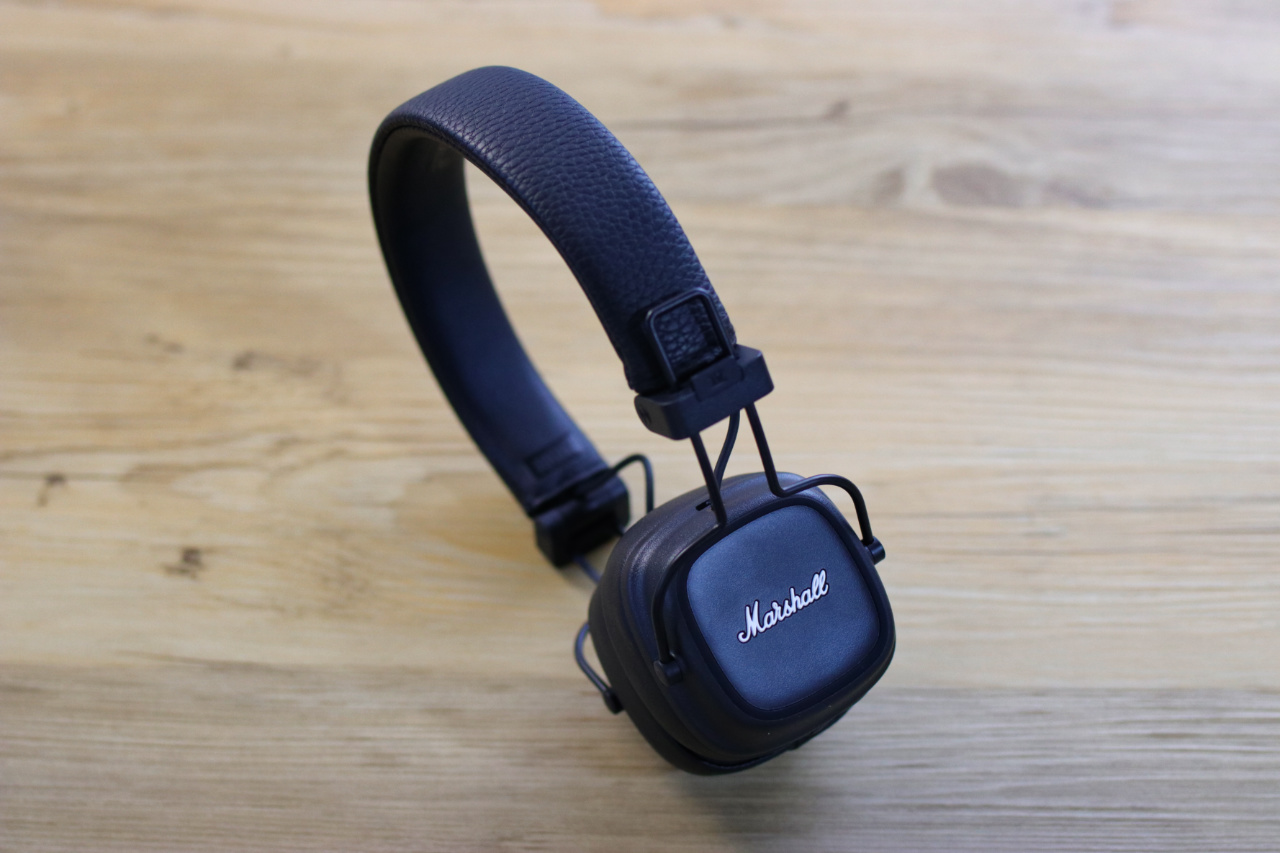 We had the Marshall Major III Bluetooth a few months ago, so it’s easy to make a comparison between the two. At first glance, the Major IV looks just like the Major III BT. Same retro look, size, and premium feel. It’s still mostly made from high-quality plastic and faux leather. However, upon closer inspection, you will see the differences. The hinges no longer have the gold accent of the Major III BT and are now black. You will also see the Roman numeral ‘IV’ etched on it. The external housing is now convex with a matte finish. The Marshall badge is now more flush instead of protruding. The headband material and texture are retained. The earpads now have a smoother texture and feels softer and more comfortable. Clamping power is still similar. It’s firm and secure but will shuffle when you move your head vigorously. The cups can still be folded for easy storage, but still no carrying pouch. 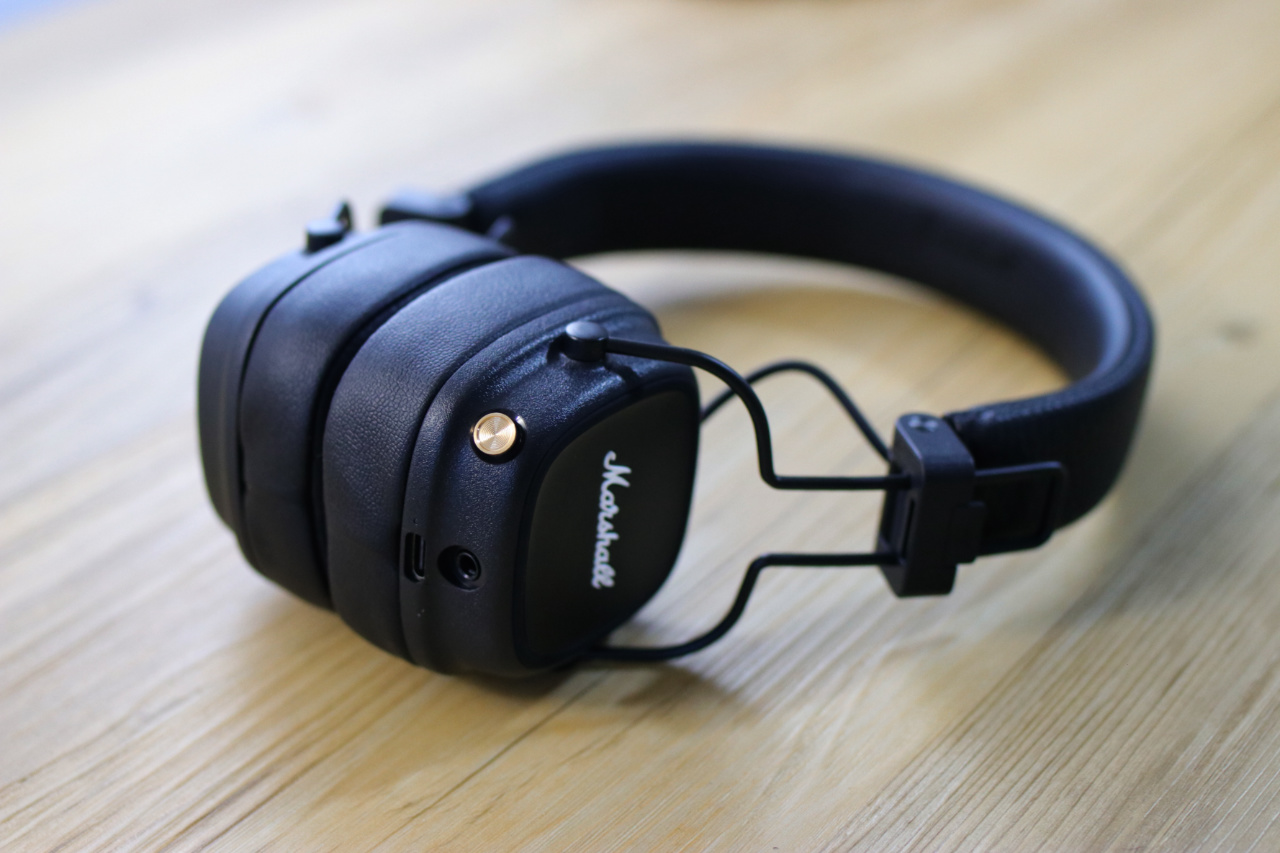 The control knob gets a slight redesign. It’s wider and features an elevated outer ring for better grip. It’s also repositioned on the right side along with the 3.5mm, microphone and charging port, which is now a USB-C instead of micro-USB. The included charging cable in the package is now USB-C as well. 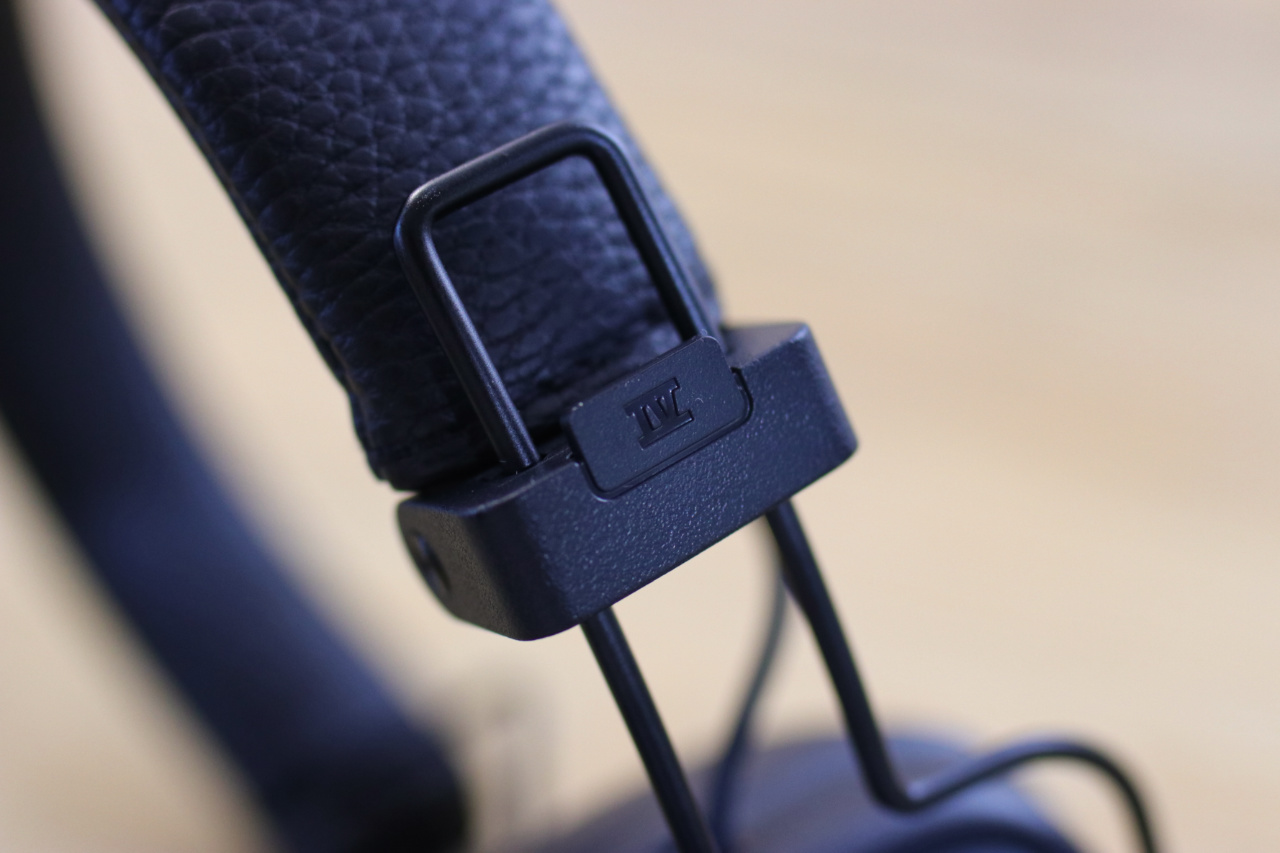 The multi-directional control knob still works the same way, and you can play, pause, skip and adjust the volume of your device, as well as power your headphones on or off. The phone functionality is also available, and you can answer, reject or end a call with it. 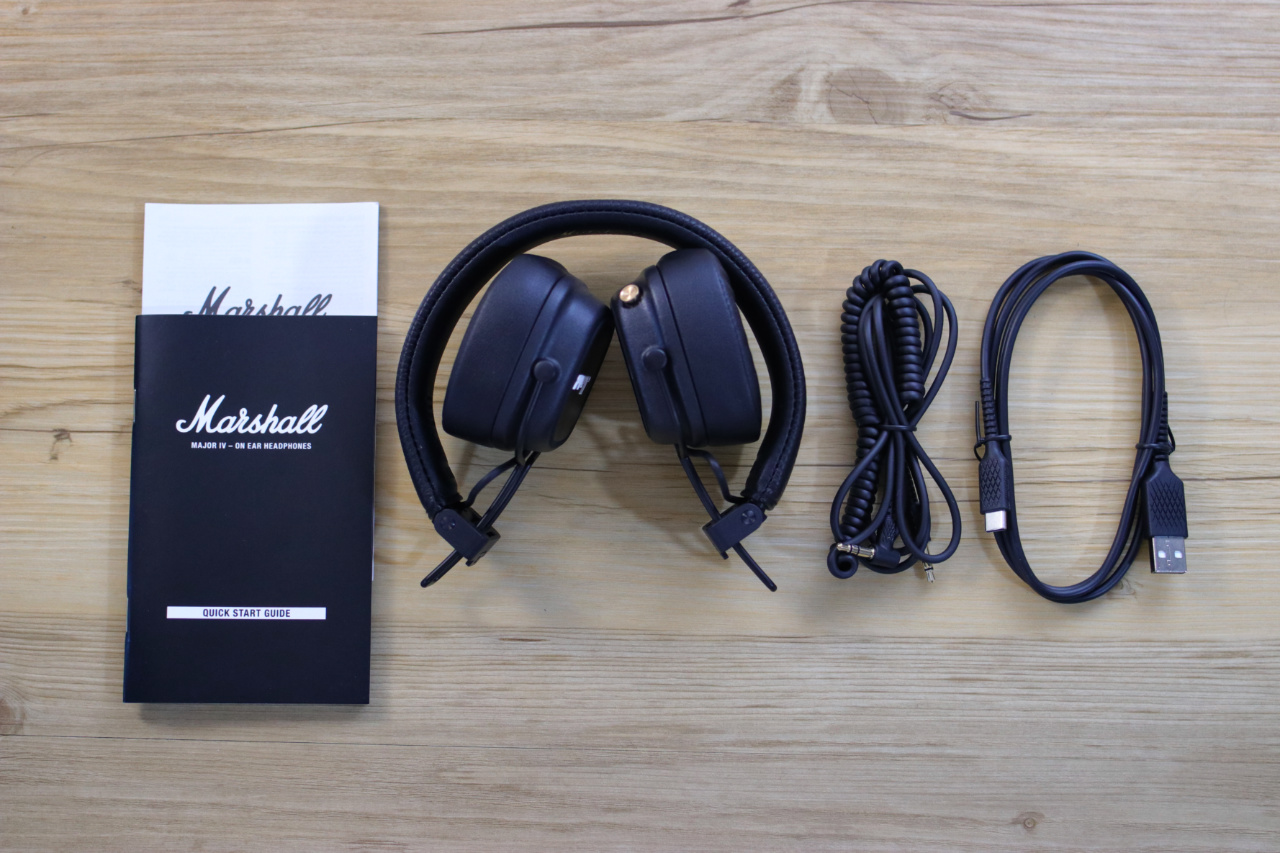 Connectivity is the same. You can connect to any Bluetooth-enabled device by pressing the knob for a few seconds until it blinks. From there, you can initiate pairing, and you’re good to go. Besides wireless playback, you can also use the 3.5mm cable included in the package, which you can also use to connect to another supported Major headphones with a 3.5mm audio port. 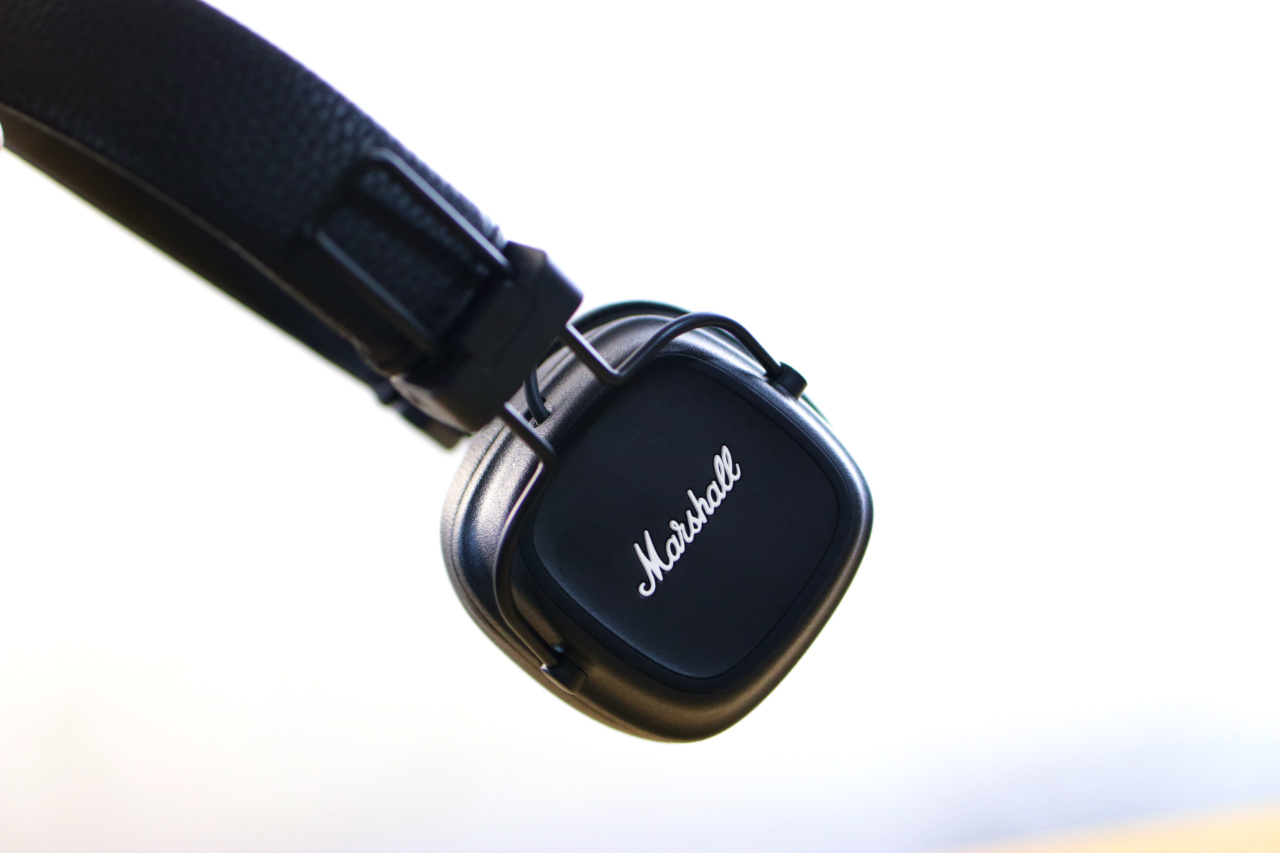 When it comes to audio quality, it still sounds like the Major III BT, meaning smooth mids and powerful bass. The highs are okay but could use more sharpness. If you’re into bassy tracks, you’ll like the Major IV. Any tracks that need an emphasis on the highs might require you to tweak the EQ a bit.

When it comes to battery life, the Major IV now boasts 80+ hours of wireless playtime. That’s a huge improvement over the 30+ hours on the Major III BT. And another feature worth mentioning is the support for wireless charging. Seems unnecessary but actually convenient if you already have a wireless charger on hand. Yes, you have to provide your own wireless charger. The wireless charging coil is placed on the right ear cup. You’ll have to carefully position the cups, so the right part stands flat on the wireless charger. It takes a bit of a balancing act, but you can have it charging in just a few seconds.

The Marshall Major IV is priced at PHP 8,690 and is now available via HomeOffice.ph, Shopee, and Lazada and offline through Digital Walker and Beyond the Box branches nationwide. It’s slightly more expensive than the Major III BT, but if you want wireless charging, softer ear cups, USB-C, and longer battery life, you will like this one.