360 Eco-Loop: New Way to Get Around Filinvest City

360 Eco-Loop: New Way to Get Around Filinvest City

Eco-friendly rides are slowly becoming a trend in the local scene, but it was the Filinvest City in Alabang that launched the country’s first integrated , electric-powered, public transport system which features the new vehicle called 360 Eco-Loop. 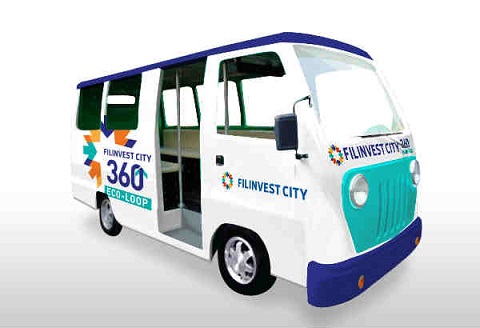 Manila Standards Today reports that the 360 Eco-Loop will pick-up and unload commuters in 24 pick-up point scattered around the vicinity every day of the week. Below is the 360 Eco-Loop’s trip schedule:

Northgate Cyberzone residents, along with the people who are working in the area, can also take advantage of 360 Eco-Loop during night time. The eco-friendly vehicle will be available to commuters in the area from 10PM until 5AM during Monday until Friday and 11PM to 6AM during the weekends.