Just in time for Valentine’s Day, Ford has released a video of their Speed Dating Prank with the 2015 Ford Mustang, showing guys going on a blind date with a beautiful woman not knowing that she’s a professional stunt driver. 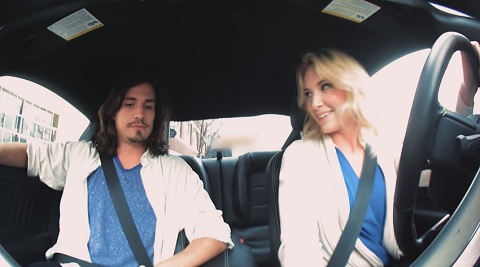 Folks at Ford asked a group of unsuspecting guys to go on a blind date with a beautiful blonde which sounds really nice, but what they didn’t know is that she’s a professional stunt driver and that they’ll be riding in the new 2015 Ford Mustang rigged with hidden cameras. Watch their reactions below:

How about you guys? How would you react if you’re in this situation? Share your thoughts in the comments field below.