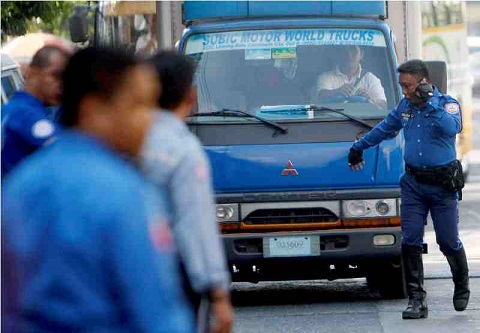 During the interview, Tan said that the LTO has been able to issue Official Receipt (OR), Certification of Registration (CR), as well as the car plates within seven days, provided that the necessary documents have already been forwarded to the agency.

He added that car dealers should already have the Certificate of Stock Report (CSR) on hand by the time the importer and manufacturer ships the vehicles.

With that being said, Tan believes that there’s really no excuse for car owners to travel without registration and car plate, and that both the DOTC and LTO were implementing the law when they re-imposed the “No-Plate, No-Travel” policy at the beginning of this month.

Under the new LTO rule, car owners who are unable to provide the necessary registration documents will be fined with Php10,000 and an additional Php1,000 for those who will be caught driving an unregistered vehicle.

On the other hand, car owners who are able to show the OR and CR but are travelling without a license plate will still be fined with Php5,000 for the said offense.

The “No Plate, No Travel” policy was slammed by the motoring community and several organizations, including the Metro Manila Development Authority (MMDA) which earlier stated, through Chairman Francis Tolentino, that the policy is “unconstitutional” and that the agency will not cooperate with the LTO in enforcing it.

While not going as far as calling the policy unconstitutional, representatives from various organizations such as Chamber of Automotive Manufacturers of the Philippines Inc. (CAMPI), the Automobile Association Philippines (AAP), as well as Richie Javier, the general manager of Ford Global City and Ford Manila have expressed their respective dismay over the policy.

Both Javier and CAMPI’s President Rommel Gutierrez are not at all on board with the LTO Chief’s claim that the agency was never late in giving out license plates. In their respective statements, they told the GMA New Online folks that dealers and new car owners should not be penalized for LTO’s shortcoming.

Javier said that “they (LTO) couldn’t process any registrations because the system was not up, and naturally, it will create a backlog,” pertaining to the system upgrade that agency has done from January of this year until the midway point of February. The LTO also did not process any registration on the latter part of December to give way for the Christmas break which, according to Javier, all of the backlog started.