Canon has entered a new frontier with the recent launch of their first full-frame mirrorless camera, the EOS R. The company is no stranger to full-frame cameras, but before this point, they have all been DSLRs. Although having waited so long to release a mirrorless one — is it too late? 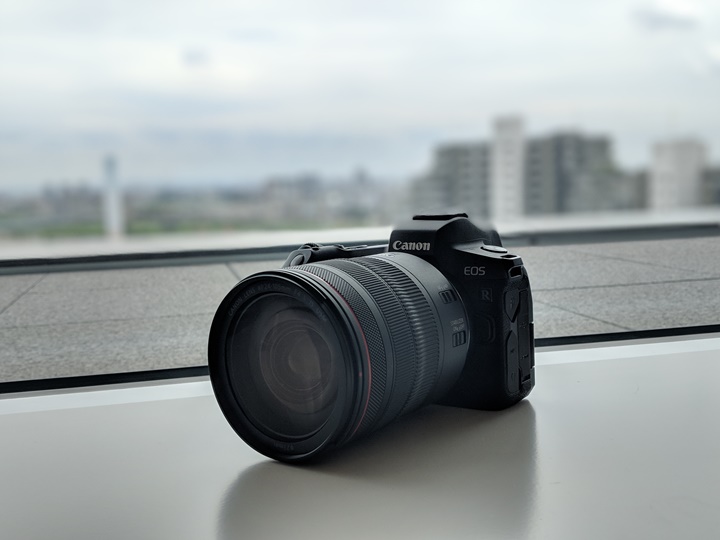 Well, I don’t think so. Their arrival at the party is just in time. It directly follows Nikon’s foray with the Z6 and Z7, and Sony’s A7 series has been around for so long now, that the scene has been craving for more competition. This is essentially Canon’s long-awaited response.

I’ve been using Canon DSLRs and Sony full-frame mirrorless cameras for several years now, and I can easily see where the EOS R draws its design cues from. First off, we have a curved grip, matte rubber pads around the body, and an articulating screen that flips out to the side. This is classic Canon design language. Holding the EOS R feels just like home if you’re used to Canon DSLRs. Looking at its shape from the top, and taking into consideration its metal frame, we start to see hints of the familiar Sony A7 look and feel. Sony’s A7 cameras have a distinct form factor and hand-feel that sort of puts them in between smaller mirrorless cameras and DSLRs.

The EOS R, however, still definitely feels like a DSLR in the hands. I would have liked it to be a lot smaller, actually. Canon, however, is known for its great camera ergonomics and this hasn’t disappeared from the EOS R. Perhaps these two factors can be married together in succeeding generations. 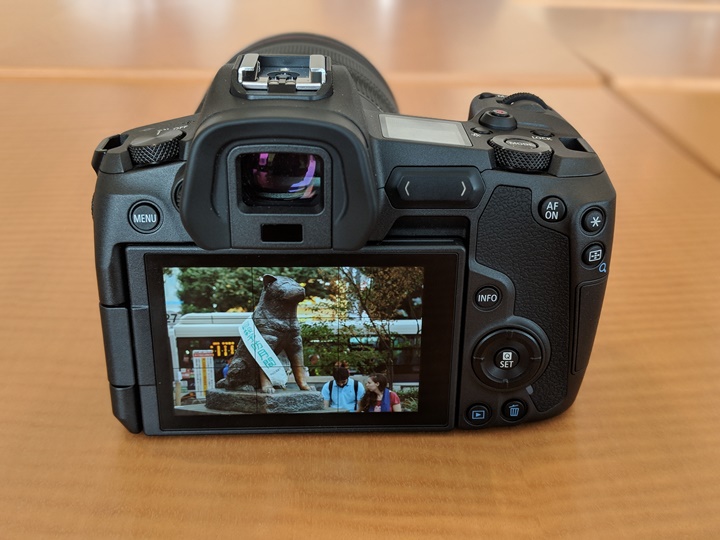 Upgrading from a mid-tier prosumer DSLR or a high-end professional one should not be an issue in terms of battery. Yes, you will need to get an entirely new battery grip if you want one, but the EOS R uses LP-E6N batteries, same as the likes of the 7D Mk II and 5D Mk IV. You can also use the older LP-E6 batteries, but a drop in longevity is expected.

Some new things too

The ports remain largely unchanged, but there is quite a bit of improvement. The USB port is now 3.1 Type-C with charging support — something Canon has desperately needed for years. We don’t get dual SD card slots like some of Sony’s cameras, but the single slot supports the fast UHS-II standard. As for buttons and dials, we’re getting a new, sleek revamp of what we’re normally used to seeing from Canon. The power and mode dials, in particular, stand out. The power button is a metal dial instead of a switch, is nice to see on a large body Canon camera.

The mode dial, on the other hand, has digital integration. Instead of having the different shooting modes actually printed on the dial, you actually press down the button in the middle, then you can cycle through the modes shown on the square LCD display. Another new thing here is a rectangular capacitive button at the back. It can be pressed either on the left or right, and you can swipe. Doing either of these three actions can trigger a number of customizable functions, which is really cool. 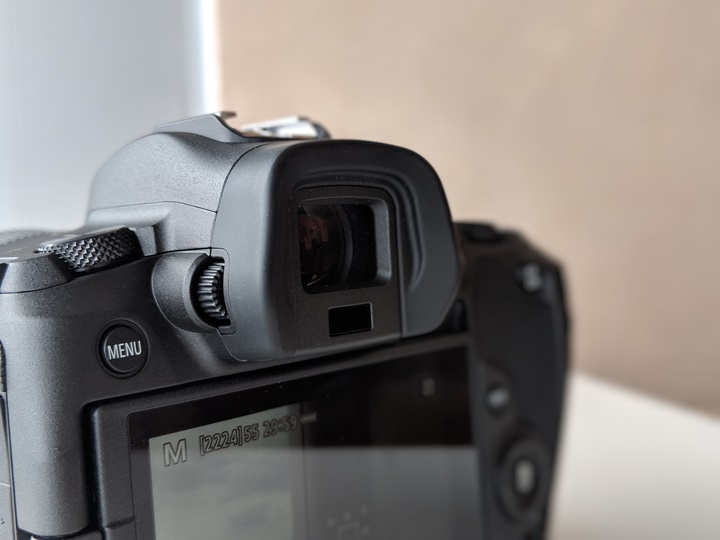 I use Sony mirrorless cameras a lot and have been since around 2015 when the A7S came out. I have grown to strongly prefer using the EVF over the actual LCD screen. Because of this, I’m delighted that the EOS R has a really nice OLED EVF that’s reliable even in dark situations.

The operation is very snappy thanks to the new DIGIC 8 processor and the 30.3-megapixel full-frame CMOS sensor is powerful. It can capture photos fast with a speed of 8fps, but it’s not the fastest on the market. Low-light performance is one of the biggest surprises for me. I took the EOS R for a spin around nighttime Shibuya, and I was able to get very usable images even at the maximum ISO 40,000.

But perhaps the biggest change here is a brand new lens mount. There are currently four RF-mount lenses announced, but the one we have here is the de facto kit lens, the RF 24-105mm F4L IS USM. It’s a fairly video-friendly lens that covers a wide range of focal lengths and has a constant aperture. Aside from this, we have the RF 50mm f/1.2L USM, RF 35mm f/1.8 Macro IS STM, and RF 28-70mm f/2L USM. 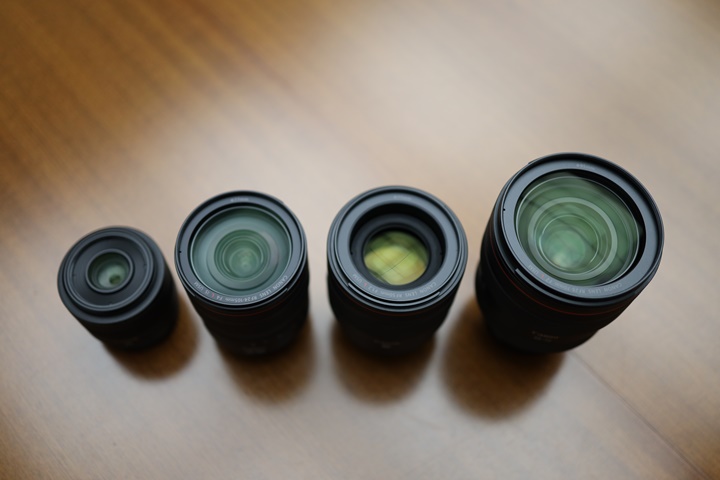 Our review unit came with the 24-105mm, but I was able to have a bit of time with the rest of the current arsenal. All of the lenses have superbly quiet and fast autofocus and have an equally good in-lens image stabilization that offers 5 stops of compensation. This is the part where Canon trades off a little bit. 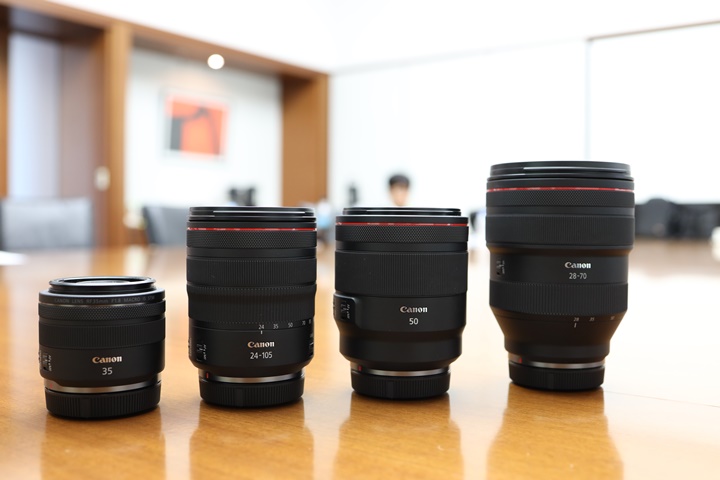 Instead of the EOS R having in-body stabilization like the A7RIII for example, the RF lenses are where it’s at. Essentially, using other lenses removes this capability. We believe that in-body stabilization is the better approach, as it works regardless of what lens is in front of the sensor. Our favorite part about this new lens system, however, is the new control ring. Aside from the focal length and/or focus rings on a lens, the RF lenses have an additional click-stop ring at the top. One of the EF-EOS R mount adapters has this as well, so it’s not just limited to RF lenses.

Basically, it can be assigned a number of exposure functions like controlling shutter speed, aperture, ISO, and exposure compensation. This adds a new layer of tactile control for the user. I am personally a big fan of this and have mine set to ISO control, which means not having to press any buttons to access it.

The Canon log gamma has been a staple in EOS cinema cameras since the beginning. We saw it trickle down to the prosumer DSLR level last year with the 5D Mk. IV, and it has now made its way to the EOS R. The usual picture styles (Standard, Portrait, Neutral, etc.) will always be there, but having Canon log is invaluable for those who want to take their footage to the next level through color grading in post. It provides a very flat picture profile with 12-stops of dynamic range. We also have some welcome mainstays in the ports area on the right side with a microphone input and headphone jack. The HDMI port though has the ability to output up to 10-bit 4:2:2 for external recording.

The biggest problem for video, or perhaps the camera as a whole, is that 4K video is available, but you’ll have to settle for a 1.8x crop factor. Video quality is still good, but you’re back to square one, losing the “full frame-ness” of the camera.

With the EOS R, Canon did a mix of things, both correct and outright wrong. The new control layout is very intuitive, the EVF is great, the new lenses are pretty cool, the body is tough as nails, and it’s very ergonomic. On the flip side, it’s still huge and cumbersome compared to the competition, and the cropped 4K video may be a dealbreaker to cinematographers and videographers.

Still, it’s a good starting point for Canon in what should be a long, exciting new line of cameras in the years to come. Our full review of the EOS R is on the way. In the meantime, you can check out our first shots with it here.

The Canon EOS R full-frame mirrorless camera is scheduled to be available globally in October 2018 with a suggested retail price of USD2,299 (~Php124.5k, when converted to Philippine Peso at prevailing forex rates) for the body only and USD3,399 (~Php184k) for the body and RF 24-105mm F4 L IS USM lens.