GoPro’s newest HERO (2018) action camera was reported to be identical to the HERO 5 but with a downgraded firmware according to a post by Hypoxic. 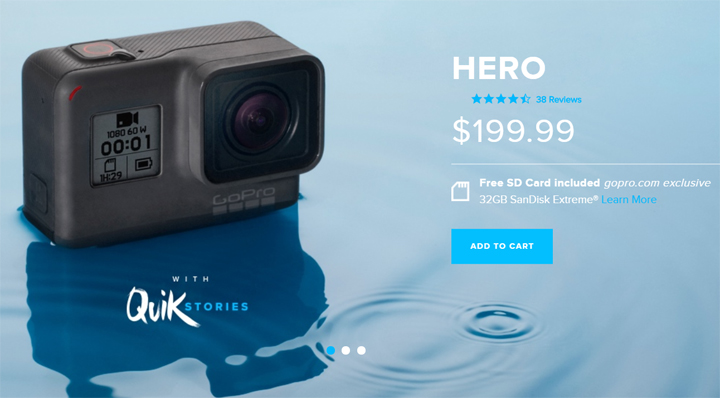 The GoPro HERO 2018 features a 10MP lens and 1440p 60fps or 1080p 60 fps video recording resolution. The HERO 5, on the other hand, has a 12MP camera lens with 4K video recording capabilities. According to the report, the HERO (2018) can perform just like the HERO 5 by loading it with the latter’s firmware and some modifications.

Hypoxic cannot upload a patch for other people to use due to legal matters but rather posted details on how it was done. Click on the source link below for more info.