Lenovo Philippines recently launched in the country the new Moto G 5G Plus, a mid-range smartphone with 5G connectivity that is looking to be a solid daily driver thanks to its large screen, capable CPU, versatile cameras, and large battery for under PHP 20K. But there’s another smartphone in the market that also packs the same features, the Huawei Nova 7 SE 5G. Which one looks better on paper? Let’s find out below. 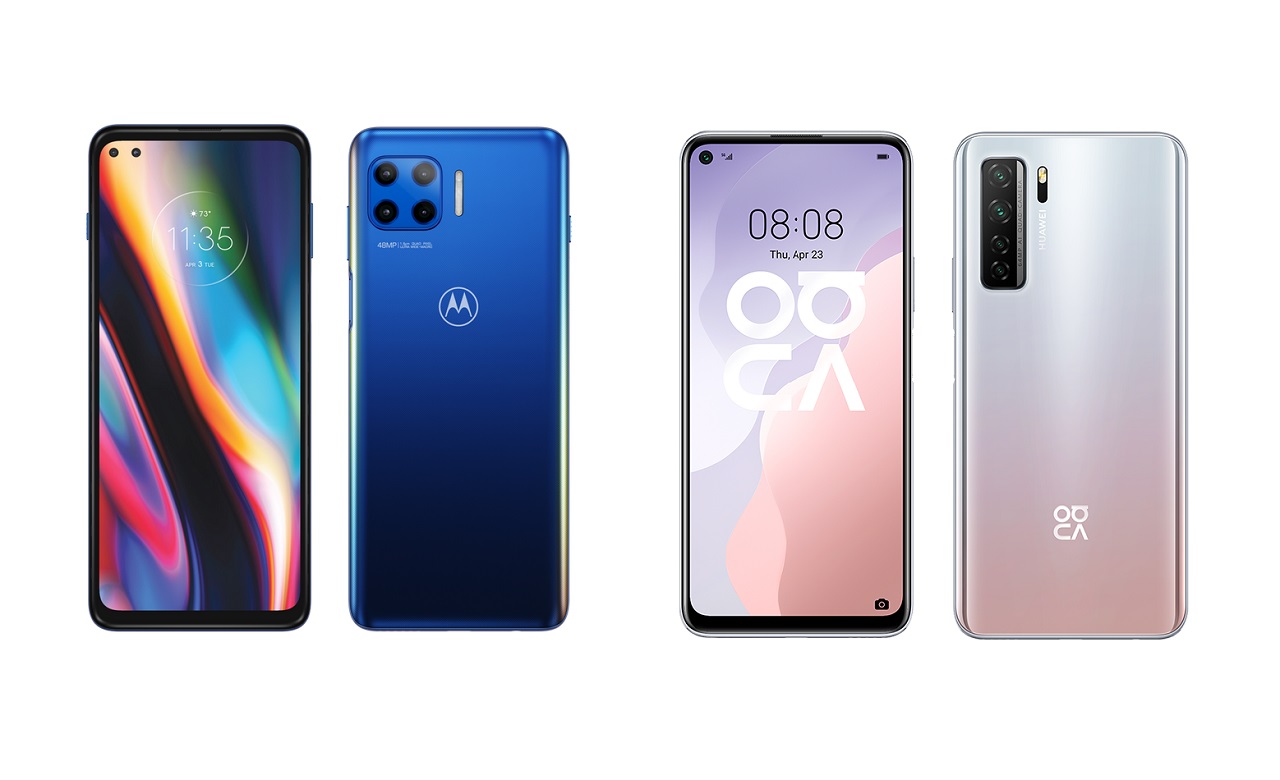 It looks like it’s a landslide win for the Moto G 5G Plus based on the summary but let’s take a look at each aspect.

For the display, the two devices are pretty much identical. The Moto G 5G Plus has a slightly larger screen size than the Nova 7 SE 5G, but the 0.2-inch and 4ppi difference is negligible. Both also have LTPS IPS screens with support for HDR10. We can expect great screen quality from both devices, but the Moto has a 90Hz refresh, which is more visually pleasing thanks to the smoother animations and transitions.

Different chipsets power the two devices. The Moto has Qualcomm’s Snapdragon 765 with Adreno 620 GPU, while the Nova has Huawei’s Kirin 820 with Mali-G57 GPU. In our review, the Nova got an AnTuTu v8 score of 355,324. We don’t have the AnTuTu score for the Moto yet, but based on the OnePlus Nord that uses the same chipset, it got a score of 328,190. Although the Nova scored higher, the difference in the numbers won’t be likely noticed. Both devices perform well for its class.

Memory-wise, the two are equipped with 8GB of RAM and 128GB of storage. They also support expandable storage but of different types. The Moto uses the standard microSD while the Nova uses Huawei’s proprietary NM Card.

The two are almost identical in terms of connectivity, with 5G support, WiFi 5, Bluetooth 5.1, SatNav systems, USB Type-C port, and 3.5mm audio jack. However, the Moto has NFC. As for other features, the Moto also has a water-repellent coating to protect it from splashes and accidental spills.

For the software, both run on Android 10. The Nova uses EMUI 10.1 with exclusive features like Huawei Share. However, it uses HMS instead of GMS. The Moto, on the other hand, has stock Google.

Battery-wise, the Nova has a 5,000mAh capacity, which is larger than the 4,000mAh on the Nova. However, the Nova has a faster charging rate at 40W compared to the Moto’s 20W.

So, if you’re looking for a solid 5G mid-ranger for PHP 17K, we highly recommend the Moto G 5G Plus.