OnePlus has announced the newest iteration of its flagship smartphone family — the OnePlus 7 series. Unlike with its predecessor, the new devices come with two new naming schemes, OnePlus 7 Pro and OnePlus 7 Pro 5G, but I’ll talk about them next time. For now, we’ll focus on the OnePlus 7 and check how much it has changed from the OnePlus 6. Let’s start! 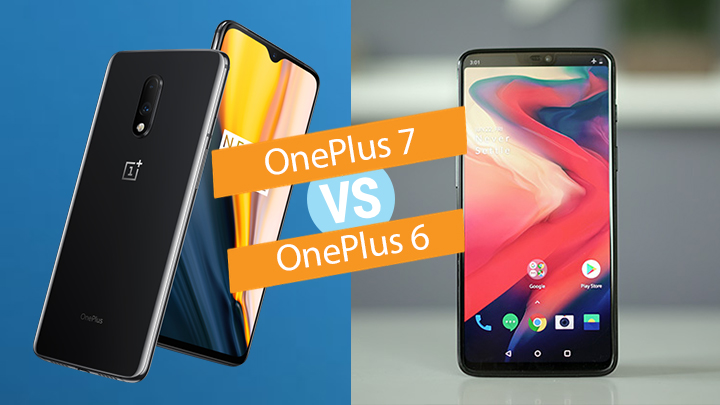 So what’s changed in the OnePlus 7?

One of the OnePlus 7’s most noticeable differences here is that it has a smaller notch compared to the OnePlus 6. Other than that, the components are in the same positions.

Sporting an Optic AMOLED display, both are great as they have over 6-inches of screen size with the OnePlus 7 being the biggest.

Powering the OnePlus 7 is a Snapdragon 855 chipset which is the latest flagship chip from Qualcomm. The OnePlus 6, on the other hand, has the Snapdragon 845, which is still very powerful. We’ve yet to test out the former’s performance, but I’m pretty positive that it is significantly faster and more capable when it comes to running games than the latter.

For cameras, the OnePlus 7 followed the 48MP camera trend of smartphones which is pretty much different with the 16MP + 20MP setup of the OnePlus 6. We don’t know how well it performs yet, however, given the company’s history of providing quality photos, expect that the new device to deliver improved quality.

Feature-wise, the OnePlus 7 received a buff in terms of audio as it now has stereo speakers powered by Dolby Atmos. Ever since the OnePlus 6T was released, the company transitioned into an in-display fingerprint scanner so seeing it in the new phone is not new. One notable difference, however, is that it doesn’t have a 3.5mm audio port anymore which is a bummer. The USB connectivity is also faster as its Type-C port is version 3.1 as compared with the 2.0 of the OnePlus 6.

Lastly, the OnePlus 7 has an increased battery capacity, which is excellent and should last longer than its predecessor.

Of all these changes, if you’re a OnePlus 6 user and you are planning to upgrade to the OnePlus 7, then it’s a good time to do that. I have some reservations, however, as it doesn’t have an audio port and splash resistance anymore.