Students from the two MLBB communities in Vietnam and the Philippines will compete in the MPS SEA Campus international tournament. Eight student teams from two nations will come together over the course of three days, from October 7 to 9, to participate. Eight teams will be split into two groups and battle in a round robin (Round Robin) to determine which four teams will advance to the final round. 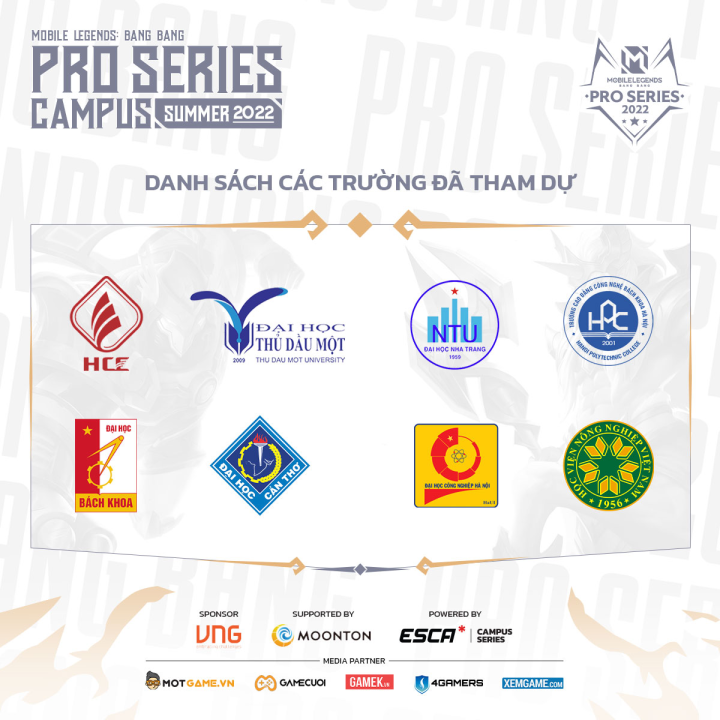 Four teams will participate in the final in a Single Elimination style to determine the winner of this international friendly competition.

ESCA Vietnam and the Collegiate Center for Esports (CCE) will collaborate on the MPS SEA Campus initiative for the first time, which will mark the beginning of many events for student communities in both nations.