ADATA has been around since 2001 and is well-known for its DRAMs, USB flash drives, and Solid State Drives (SSD). On top of that, they also provide gaming hardware and accessories under the XPG (Xtreme Performance Gear) brand, which is their gaming brand. Fortunately, we have been sent out a rigged-out PHP 140K Gaming PC Build for us to play around with. Will it meet the necessary AAA gaming needs? Let’s find out. 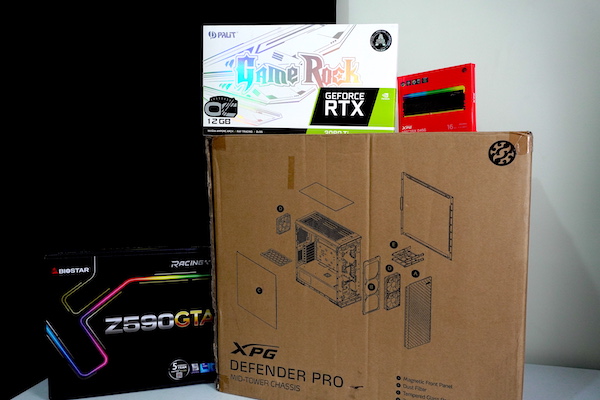 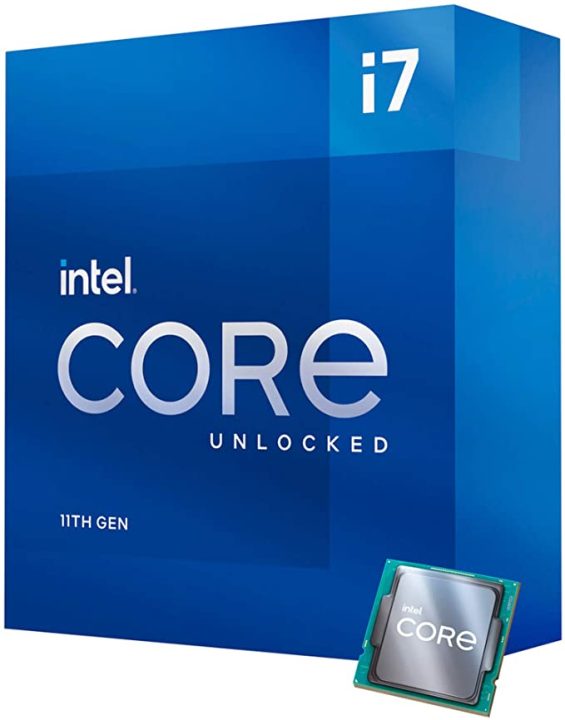 The Intel Core i7-11700K is one of the most popular choices when building a high-end gaming PC with its 8-cores and 16 threads. With a price point of PHP 25,999, it is easily a great choice for both gaming and content creation. Despite being a year old, and having been refreshed with the newer Intel Core i7 12th Generation processors, it is still a viable option for most tasks thrown at it. 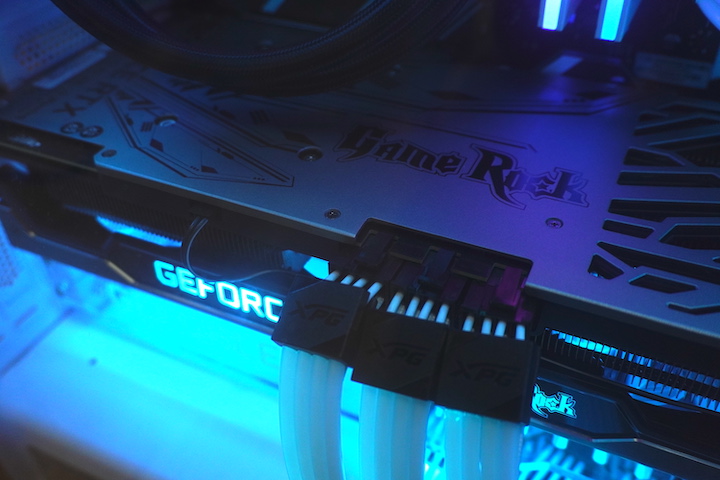 Palit is one of the more affordable graphics cards on the market. Despite the current inflated price, it is second to the current highest offering of NVIDIA, and will definitely give out some of the highest performances even in 4K. Enabling RTX with the combination of DLSS where possible gives your PC a definite kick.  With the optimization of the NVIDIA Studio drivers for programs such as Adobe Lightroom, Autodesk, AutoCAD, Davinci Resolve, OBS Studio, VLC, Twitch Studio, KeyShot, CorelDraw, Unreal Engine 5, Cinema4D, Chaos Vantage, and StreamLabs OBS, it is not a wonder why creators and gamers alike would choose to spend a hefty amount on these beefy cards. This particular card will perform well and deliver more than necessary for AAA games for the next 2-3 years. Of course, considering that the games don’t demand graphics twice as much as games as Cyberpunk or Crysis would. 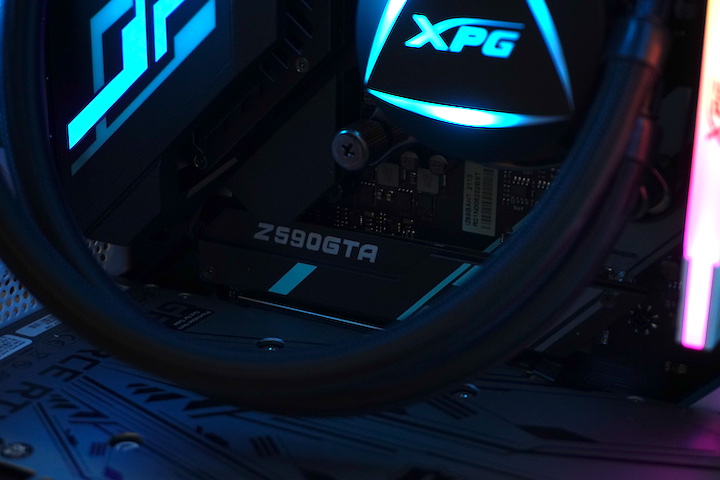 Since we have an overclockable (unlocked) Intel processor variant, it is the best to fit with a Z590 motherboard. Though options are pretty vast, we feel that the Biostar Z590 GTA does not offer more than the basic Z590 features you would expect, PCI-Express 4.0, 2.5G LAN, USB 3.2 gen 2×2. The motherboard comes with pre-installed WiFi antennas but lacks a WiFi component, hence purchasing an m.2 WiFi card would add to the cost. Though aesthetically, the motherboard is pleasing, if you’ve got a budget of PHP 140,000, there are more options in the market that would satisfy a heavy user’s needs. 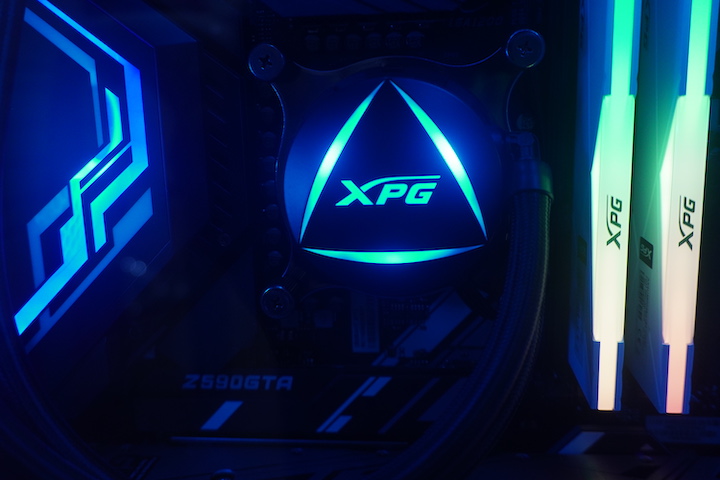 Moving on to the provision of the XPG Levante 240, it is our first encounter XPG’s AIO CPU Cooler. All-in-all, the noise output isn’t distracting at lower RPM values but starts to be unpleasing once the fans start hitting 2000 RPM or higher, it tends to hit higher than 45 dBA which gets kind of distracting. On the positive side, it does what it is meant to do and kept our processor temps at a max temp of 57C even under heavy load.

Unlike most of the components on the PHP 140K Gaming PC build sent to us, the XPG GAMMIX S50 Lite does not have RGB on it but thanks to the Micron 96L TLC flash and the bandwidth potential presented by the PCIe 4.0 x4 interface, Adata’s XPG Gammix S50 Lite presents a budget-oriented quad-channel SM2267 NVMe SSD controller with a rated read speed of up to 3900 MB/s and rated write speed of up to 3200 MB/s. 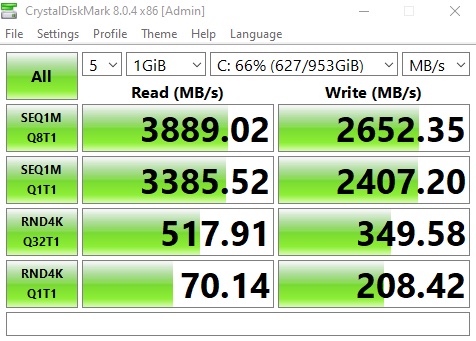 The choice of providing more storage space as opposed to a 512GB gives comfort to consumers that they won’t run out of space despite not having a hard disk drive (HDD) for storage. Though it is recommended to start up with 512GB as storage, this component is also one of the easiest and most affordable to upgrade as a result of lower-priced HDDs in the market.

To complete the upgradeable components on this build, we have the XPG Spectrix D50 RGB. The build came with a 16GB (2x8GB) DDR4 3600MHz RAM. The RGB accent to the white-colored RAMs makes it an alluring mix. If consumers are looking for something that really stands out for their overall white-themed PC build, this is the way to go. The provision of a 3600MHz RAM is a great addition to the build if you’re either a content creator or a gamer. 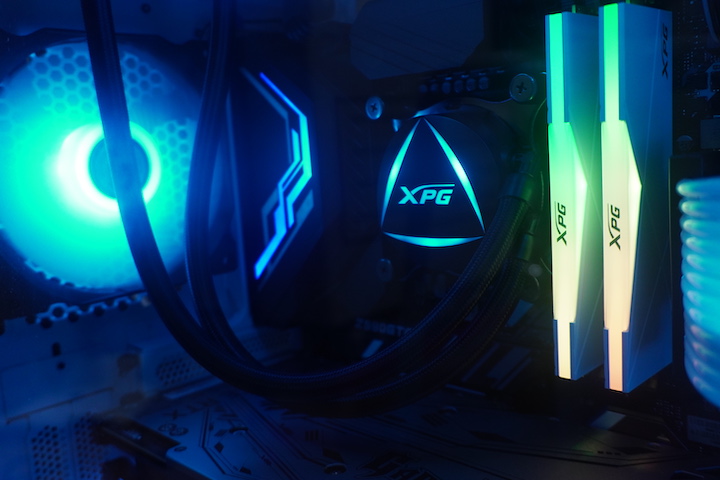 Though it doesn’t add many frames compared to a 3200Mhz, if users are looking to have multiple applications running at the same time, then a 3600Mhz memory is definitely a way to go. In terms of overclocking, we were able to push the Spectrix D50 memory kit to DDR4-4000 but with a voltage of 1.45V with 18-22-22-42 timings in order to maintain a stable overclock. Finally, to house all the components mentioned, we have the XPG Defender Pro. It is currently listed for PHP 4,670 and provides a mesh and TG. Overall, the chassis provides an attractive aesthetic as well as provisions for two 2.5-inch and two 3.5-inch HDDs. As opposed to the provided 240mm AIO, the build can mount up to a 360mm AIO that can be top-mounted or a 280mm radiator that can be front-mounted.

For the performance, we tested with CapFrameX v1.6.8 and the latest updates from both Windows 10 Enterprise (Version 21H2 that came with the unit) and NVIDIA drivers. We tested with several games that would normally be both graphic-heavy and use a lot of processing power. Tests were done in both FHD and QHD to give a better idea of how this particular build would perform under heavy loads as well as should our readers have the need to build something similar but with different brands. 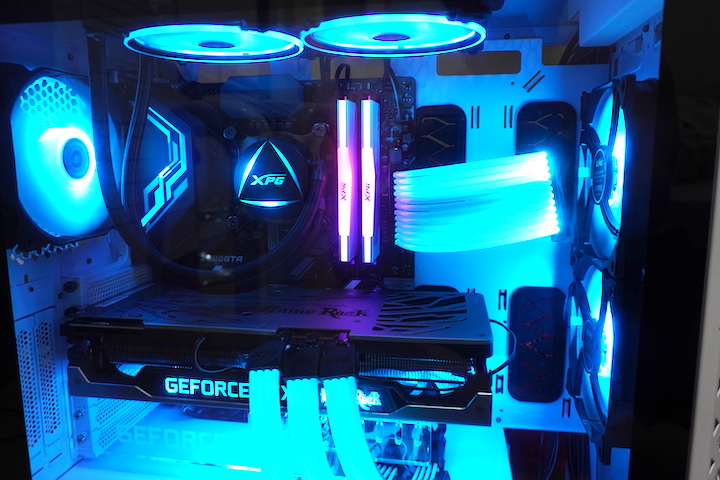 The games we used were F1 2020, Assassin’s Creed Odyssey, Grand Theft Auto 5, and even Cyberpunk! Of course, we ran the tests through the usual 3D Mark and PC Mark Benchmarking tools to give synthetic results of how these components would play out.

To begin with, we got the following scores from 3D Mark:

Next up, we have the PCMark 10 Extended results:

In order to test the rendering times, we also utilized Corona 1.3 Benchmarks and the Intel Core i7-11700k was able to finish rendering in 2 minutes and 07 secs. Although these are synthetic benchmarks, it shows how quick a 3D render would be for multimedia users.

Now to show the FPS on the select games, here they are 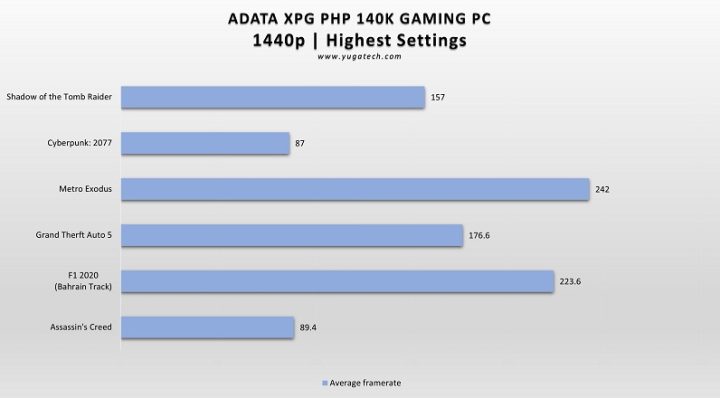 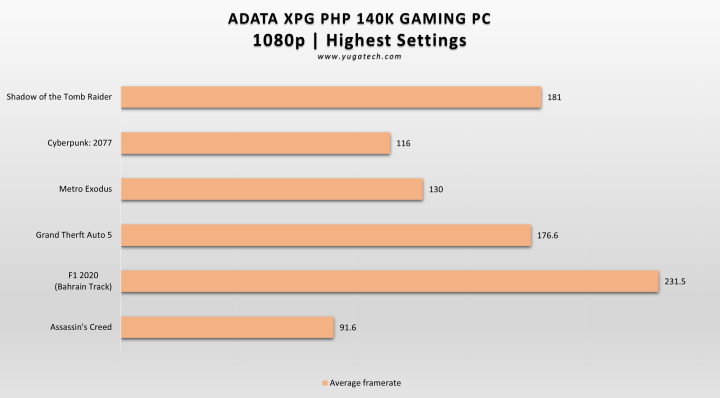 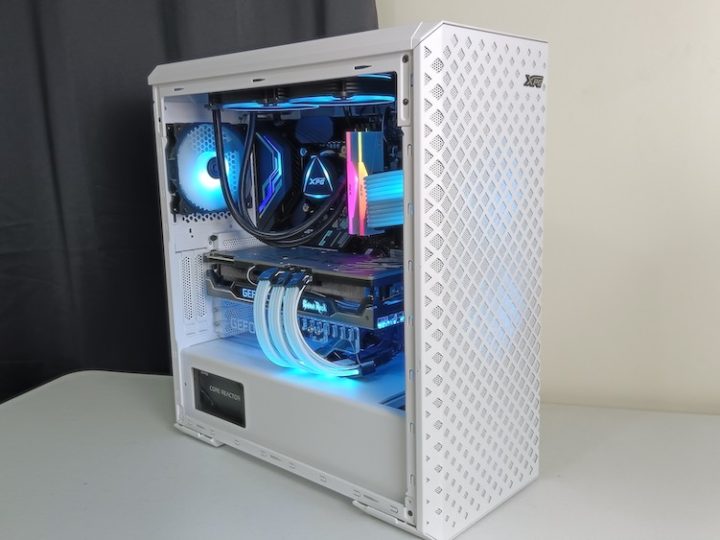 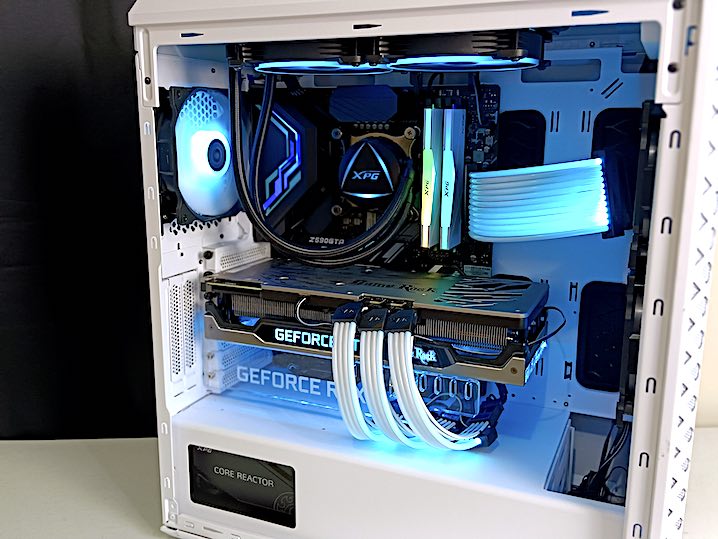 To sum it all up, if we discuss performance, the PHP 140,000 build performs well and would play games and be able to be a media workhorse for the next 3 years. The RGB implementation is definitely impressive with its colors, especially with the black and white theme setup that was brought to us. Although we would prefer a different motherboard because, at this price point, users would normally require more features and would likely be lacking in some aspects for the content creators like the fact that it does not come with a built-in WiFi.