Huawei has officially unveiled its new flagship smartphones in Munich, Germany, consisting of the Mate 30 and Mate 30 Pro. Given that there are other new flagship smartphones in the market from different brands like Apple and Samsung, can Huawei steal the spotlight with these new devices? Let’s find out what makes the Mate 30 and Mate 30 Pro stand out in our article below.

The Mate 30 and Mate 30 Pro are both flagship smartphones so, as expected, they sport premium designs with water and dust resistance. The Mate 30 series was built upon the aesthetic of the Mate 20 series with a futuristic and minimalist design with thin bezels. One of its most prominent design features is the ring design that houses the camera module. Surrounding it is a metallic ‘halo’ that mirrors the design of a DSLR. From this angle, the Mate 30 series look like a serious photography device. To make the device look more seamless, both the Mate 30 and Mate 30 Pro now use in-display fingerprint scanners. As for its color variants and materials, it’s available in Emerald Green, Space Silver, Cosmic Purple, and Black. The Forest Green and Orange models are available in vegan leather. Although Huawei considers the Mate 30 series as futuristic, the Mate 30 series still features a relatively thick notch. The screens are still large though – the Mate 30 has a 6.62-inch display, while the Mate 30 Pro has a 6.53-inch. Huawei did reduce the width of the notch and now calls it an ultra-narrow notch design which houses the 3D Face Unlock technology on the Mate 30 Pro. They still improved on the screen though as the Mate 30 Pro features the Huawei Horizon Display with the sides curving to an angle of 88-degrees for some edge-to-edge viewing experience. 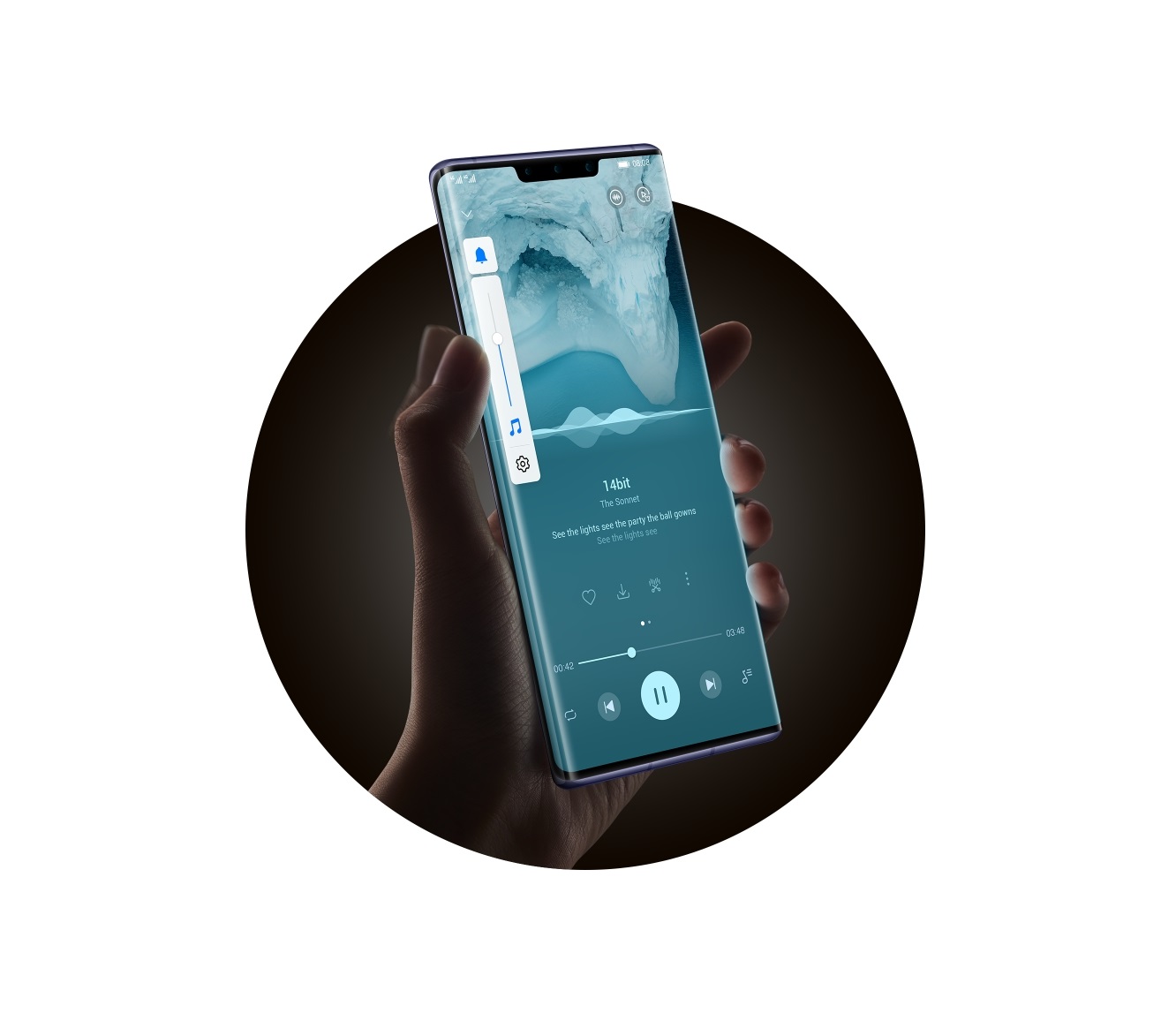 And it’s not just for aesthetics. Huawei added a new function to that curved screen called the Intuitive Side-touch Interaction feature. It replaces the side volume buttons with invisible virtual keys. It’ss a nifty feature as you can now customize the volume key position on either side of the device.

Powering the Mate 30 Pro is HiSilicon’s most powerful chip to date, the Kirin 990 5G SoC. The phones are the world’s first second-generation 5G smartphones. The Kirin 990 5G SoC is also the first to integrate the processing units and the 5G modem in the same chip. 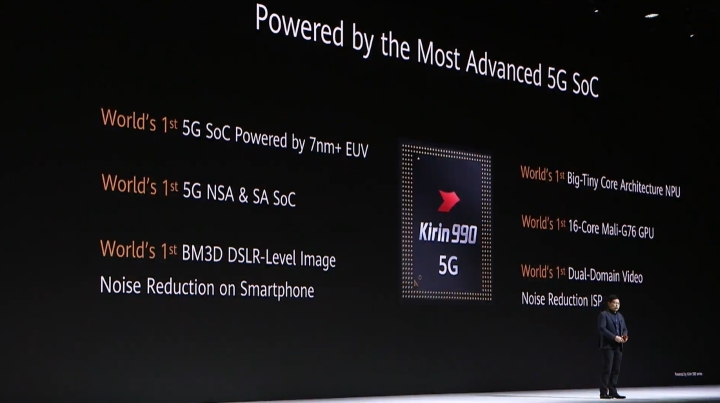 For its 5G connectivity, it supports 2G/3G/4G network and 5G Non-StandAlone (NSA) and StandAlone (SA) modes, along with Dual SIM, Dual-5G and FDD/TDD full frequency bands. It also features a total of 21 antennas for 5G, 4G, 3G, 2G, WiFi, Bluetooth, GPS, and NFC. 14 of those antennas are for 5G alone.

The Huawei Mate 30 series cameras are still co-engineered with Leica. As expected, Huawei improved the camera technology for photography and videography and is now calling it the SuperSensing Cine Camera, which the company claims can rival high-end cameras. 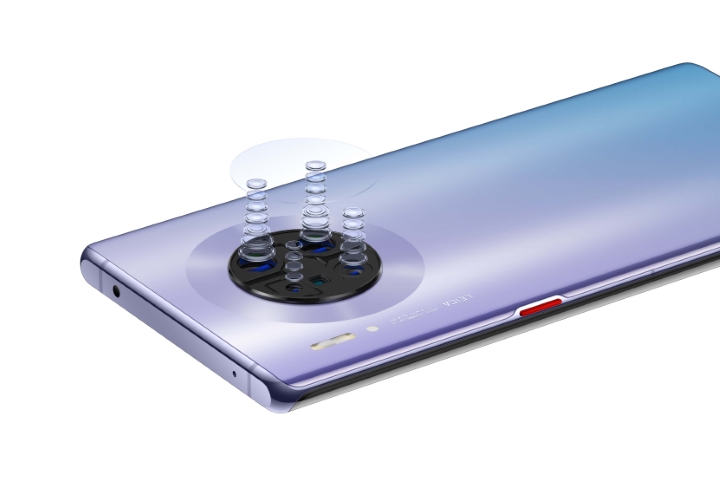 The Cine Camera features a large 1/1.54-inch sensor size with a high maximum video ISO of 51200. It can shoot 4K/60fps videos as well as ultra slow-motion up to an impressive 7,680 fps. It also supports 4K Low-light Ultra-wide time-lapse video, pro-bokeh capabilities, OIS and AIS.

For the SuperSensing camera, it has a 1/1.7-inch sensor which attracts 40% more light with a light sensitivity of ISO 409,600. It allows the Mate 30 series to shoot clean and bright low-light photos, even for ultra-wide shots. 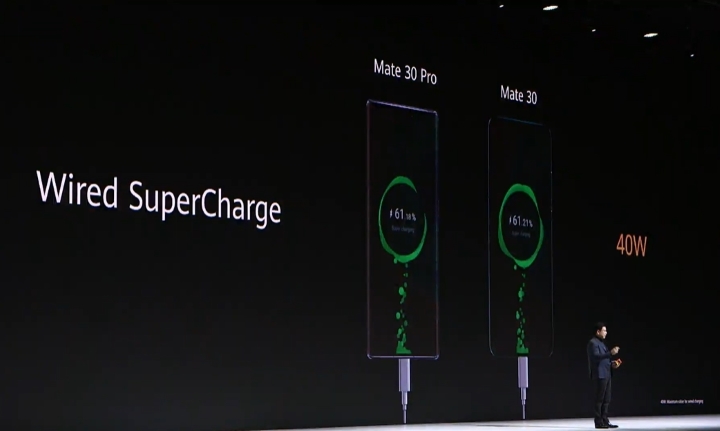 The Huawei Mate 30 is equipped with a 4,200mAh battery, while the Mate 30 Pro has a larger 4,500mAh. It features the TÜV Rheinland-certified 40W Wired SuperCharge, 27W Wireless SuperCharge, and a new-generation Wireless Reverse Charge so you can use the Mate 30 and Mate 30 Pro to charge other devices like smartphones and accessories that support wireless charging. Huawei’s EMUI 10 was unveiled last month, and the Mate 30 and Mate 30 Pro runs it out of the box. It comes with new features like the contemporary magazine inspired layout, Always-On-Display (AOD), Dark Mode, AI gesture control, multi-screen collaboration support, improved icon design, and new color palette. You can read our hands-on here.

And that sums it up. What do you guys think of the new Huawei Mate 30 and Mate 30 Pro? Let us know in the comments below.