Why upgrade to the WD_Black SN770 NVMe SSD

The WD_Black SN770 enters the NVMe Gen4 SSD market featuring an in-house SanDisk controller with capacities of up to 2TB. Will this be worth the upgrade? Let’s find out. The WD_Black SN770 NVMe SSD is a DRAM-less drive that is meant for general use which includes gaming, heavy application use, and of course, fast OS boot-ups. With the trickle-down of features, the PCIe Gen4 adoption, and motherboard support in the mainstream, Western Digital ensures that this particular release is an affordable option to transition with, even on laptops! With this, it is quite a no-brainer that the WD_Black SN770 NVMe SSD should be on the list when upgrading to a PCIe 4.0. With the DRAM-less design of the WD_Black SN770 NVMe SSD, this NVMe resorts to host memory buffer which means that it primarily utilizes the device’s RAM as the primary cache. The controller is a proprietary Sandisk design with a NAND 112-layer TLC. A downside to the HMB is that consumers won’t be able to purchase this for their Sony PlayStation 5 since it does not support HMB.

Speed is one of the primary options why users upgrade to a PCIe NVMe SSD. In terms of performance, the WD_Black SN770 NVMe SSD 1TB promises a sequential read speed of up to 5,150 MB/s for the 1TB and 2TB models, while the write speeds are expected to reach up to 4,900MB/s for the higher variants giving about 40 and 60 percent more than its predecessor, the SN750SE model. Being an entry-level PCIe Gen 4, it is one of the most affordable options for conservative upgrades to any PC or laptop with reads of above 5,000 MB/s and writes of over 4,500 MB/s. 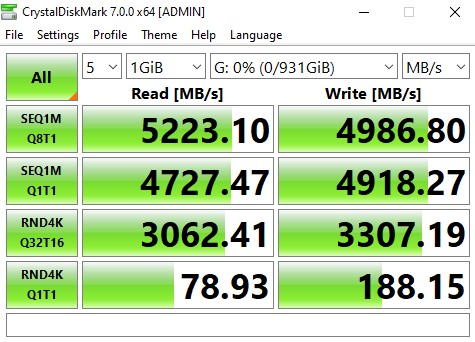 We used the DiskBench storage benchmarking tool to test file creation speeds with a  custom 50GB dataset and then followed it up with batch file transfers and Copy Directory benchmarks. In the first run, it garnered 660 MB/s in file creation which is an above-par performance as compared to other SSDs in the market considering this is an entry-level SSD for the PCIe 4.0 market. 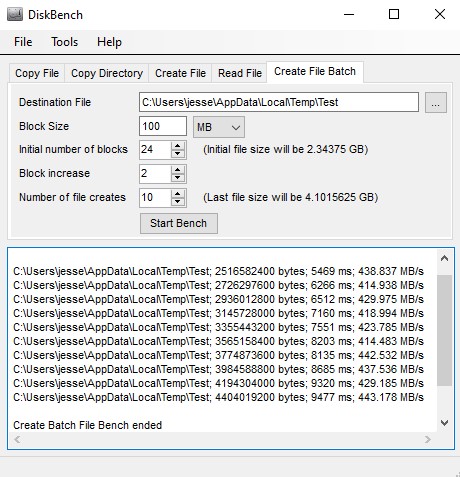 As for the file transfers, we see a consistent 400+ MB/s transfer across different file tests with different block sizes. 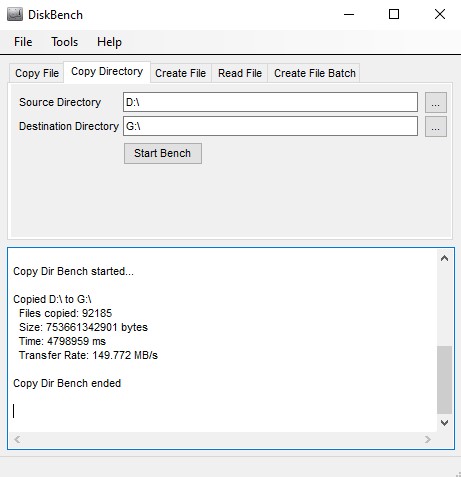 Lastly, the Copy Directory gave us a transfer rate speed of 149.772 MB/s transferring 702 GB worth of files ranging from 5GB to 2GB. 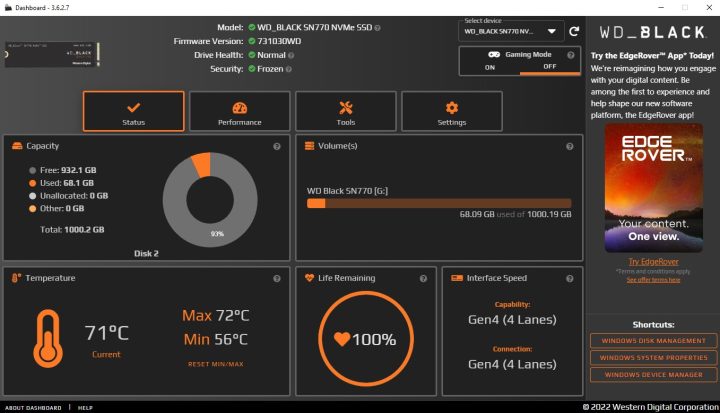 We recommend upgrading to the WD_Black SN770 NVMe SSD mainly because of the affordable DRAM-less solution that provides speedy performance, and the support for Game Mode that lowers latency by disabling transitions to lower power states. So, if an upgrade to your PC has support for the PCIe Gen 4, it is almost already a given that the WD_Black SN770 NVMe SSD should be on that list of upgrades. The WD_Black SN770 NVMe SSD is the latest addition to the company’s m.2 Gen4 SSDs, and though the market is targeted mostly at gamers, it is definitely a must-buy for cost-effective builds that require a top-performing SSD but at an entry-level standpoint. These SSDs are available from 250GB to 2TB with the new drives offering a rating of 1,750,000 hours of mean time between failures. 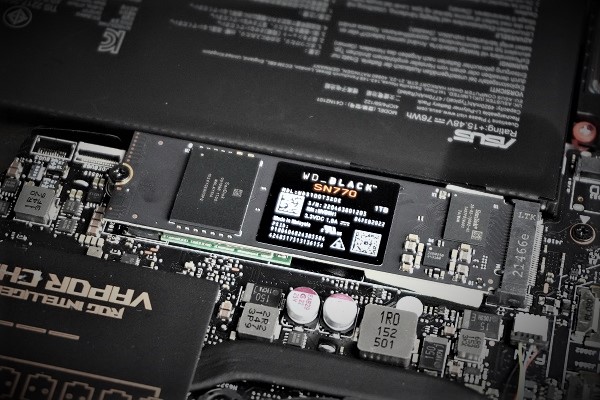 With WD_Black SN770 NVMe SSD‘s DRAM-less design, the performance wasn’t far from what was expected and wasn’t much of a letdown considering that this indeed is an entry-level PCIe 4.0 NVMe. This SSD is meant for those who do not want to be overwhelmed by expensive choices and for gamers looking to upgrade their systems to the new Gen4 specification.