Let’s talk about gaming/streaming microphones. Today, there are a lot of models to choose from thanks to new and upcoming brands. Best of all, they vary in price so you can get one that suits your budget. But the question remains –  are they any good compared to models released by established brands such as Logitech, Razer, and the like? Today, we’re checking out the Fifine Ampligame A8. If the name isn’t familiar, don’t worry. They’re a relatively new brand, and the company’s products are affordable too. For example, the Ampligame A8 retails for only PHP 3,300 via the official Fifine online store, and the white one we have for review is a bit more expensive at PHP 3,400. 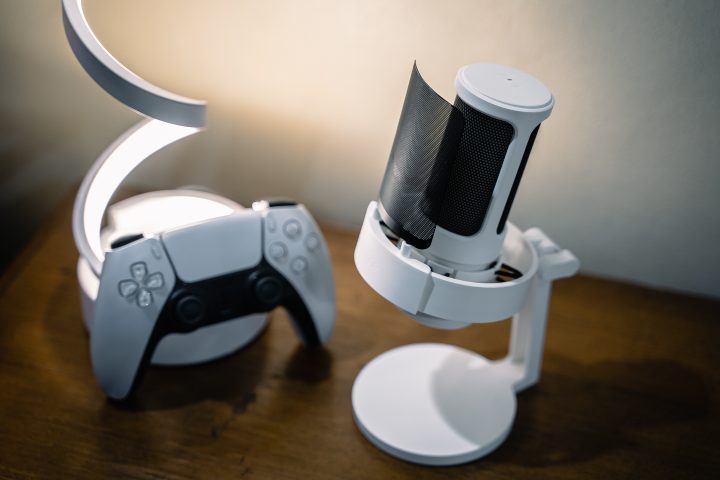 The items inside the box include the mic itself, which comes with a plastic stand, a pop filter, a USB-C cable, and an adapter for a mount. The first thing I noticed is the mic and desk stand. It’s very plasticky and does not feel premium at all.

However, it is a mic that I won’t be holding or touching too often so I personally don’t mind. The desk stand does have a good weight to it too. I do wish that the adapter was also painted white to match the mic we had. 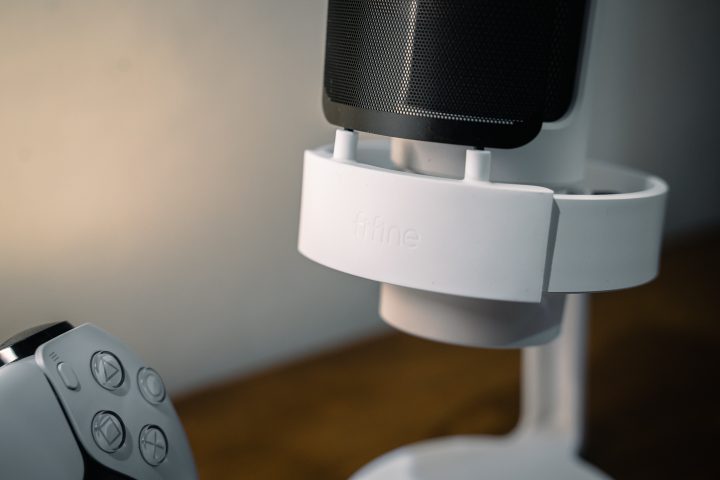 What’s great about the Ampligame A8 is that it is a simple plug-and-play USB microphone. That means all you have to do is plug it into your computer, and it’s good to go. It works on both Mac and Windows too. No need to set up anything else on your pc. The cable measures 6.5 meters long, but I find it a bit short for my setup. Fifine could have included a longer cable for users that want to route the USB cable around for a cleaner setup. Alternatively, users can also buy a longer USB-C cable too. The mic itself is easy to use. There’s a soft touch button at the top to mute/unmute and a button at the back to change the LED colors.  There are a bunch of colors to choose from to match your setup, but you can also leave it in RGB mode which constantly changes colors. What I really like about the Ampligame A8 is that it doesn’t produce a sound that you’ve muted or unmuted. It’s unlike other microphones that make a beep or noise, and the same can be said for changing the colors. 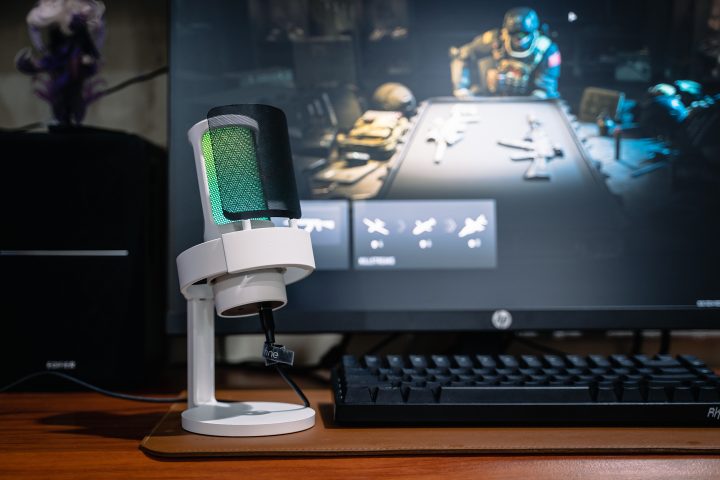 Despite the plasticky design, the Ampligame A8 is a really great mic out of the box. Talking to my friends on discord, they could easily hear the difference when I made the switch from my current setup of using a built-in webcam microphone to the Ampligame A8.

After recording myself speaking, my voice was very clear too when playing back the track. It also does well in drowning out background noise such as typing on a mechanical keyboard or clicking on buttons on the controller while playing games. In fact, I could use this mic to record future videos for the YugaTech Youtube channel. That said, the quality could still be improved especially for those that will be doing recordings. However, you will need to use other software to do so.

My only complaint is that you do have put the microphone nearer your mouth in order to be heard. By nearer, I mean having it around 4 inches or closer. If you sit any further, your voice will come off a bit soft. That said, this mic would definitely be better if you had a boom arm, allowing you to place it closer to your face instead of just using the desk stand and keeping it on the table.

Aside from the PC, I tried plugging it into my PlayStation 4 and PlayStation 5, and it works just as well. All you have to do is change the input in the Sound to the Fifine Ampligame A8, and it’s done. 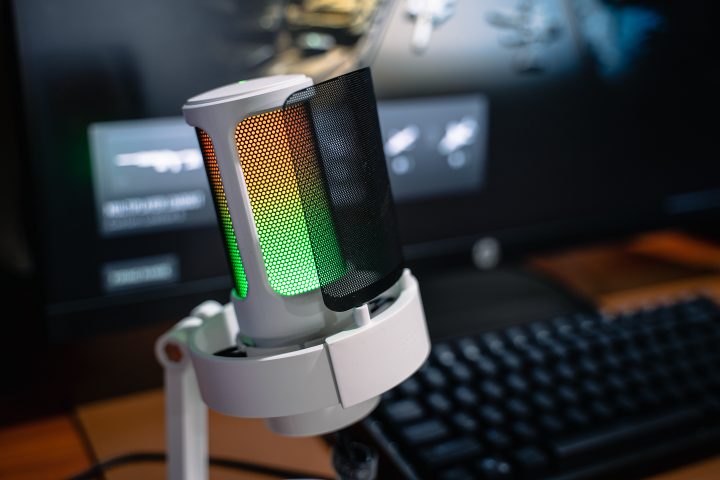 Overall, the Fifine Ampligame A8 is a great mic for those that want to get into streaming or hosting podcasts. For the price of PHP 3,300 to PHP 3,400, it is definitely budget-friendly and provides amazing clarity. Best of all, you don’t have to worry about adjusting the settings using a 3rd party app since it’s a plug-and-play system. For console gamers, it works well too, and is very easy to set up. 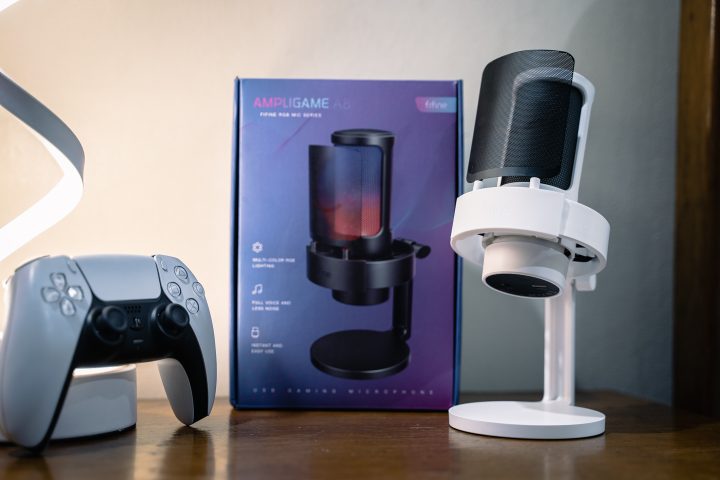 If you happen to be looking for a mic to match your setup, I definitely recommend trying the Ampligame A8 out for yourself.