Mobile virtual reality is here and it comes in the form of the Samsung Gear VR. Samsung and Oculus collaborated to produce the Gear VR which was announced way back in September of 2014. The gear has been released in select countries since November 2015 but has yet to officially arrive in the Philippines. The Gear VR is a close cousin of the upcoming Oculus Rift which is a stand-alone device that will hit store shelves in March 2016. While the Oculus Rift has a price tag of $599, the Gear VR can be had for just $99. This is because the head gear needs to house a high-end Samsung smartphone (Galaxy S6/S6Edge/Edge+ and Note 5) as the display and processor while the Gear VR provides the controls and lens.

The headgear is very easy to setup and install. The gear is composed of the main housing with two glass lenses, a plug-in cradle for the smartphone, strap band to set the headgear in place and dark a polycarbonate cover at the front to hide the phone and give the unit a more clean look. To set up, just attach the smartphone into the cradle with the micro-USB jack plugged into the charging port of the phone. This automatically activates the VR mode and prompts you to download the Oculus app. The next step is to make adjustments or calibrations to the display so you get optimal viewing experience.

The last step is sort of a step-by-step tutorial on how to navigate and control the Gear VR – from adjusting the clarity, to moving the pointing device, and accessing the touchpad and back button from the side panel. The unit comes with a proximity sensor to detect whether you are wearing the headgear or not. 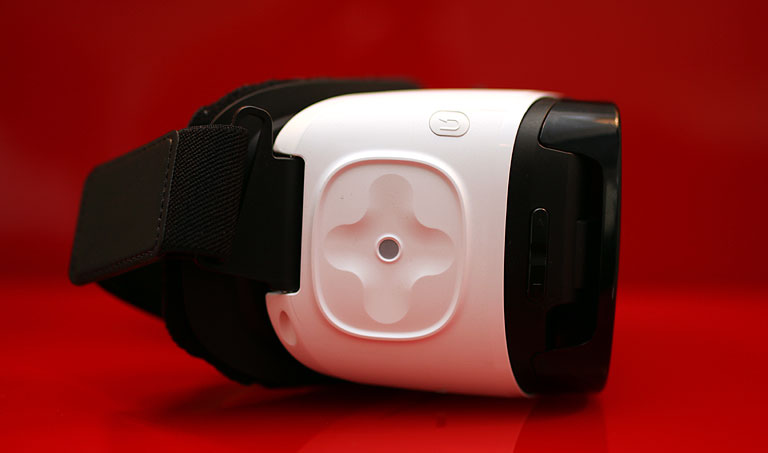 Once installed, you can now the access the Oculus content library. There are a lot of 360-degree photos and short video clips to watch in the library. The more immersive photos are those of the outer space, under cast oceans or inside big structures. Some short video clips like the Star Wars: The Force Awakens teaser are actually impressive. Even sample games such as Assassin’s Creed 3 looked awesome.

The custom IMU (inertial measurement unit) is responsible in tracking rotational movements so you get a smooth and more realistic visual response from the display whenever you move your head around. If you have a pair of headphones, you can also plug it into the 3.5mm audio jack to get a surround sound experience. 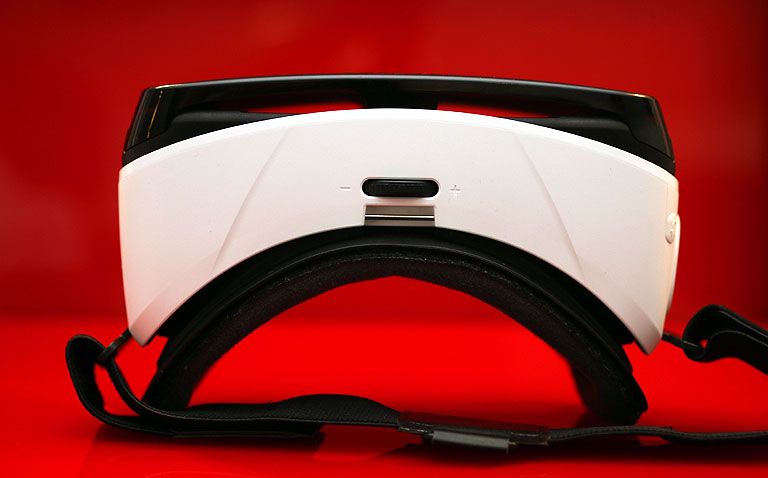 Image quality is pretty good in most of the scenes and the clips. There are a couple of viewing modes possible – one is the Cinematic Wide View which gives you the impression that you are inside a huge movie house watching your favorite movie on the big screen; the Immersive 360-degree experience that will really give you a nice crisp scene at any angle. We were more interested in the realistic VR games like Herobound, Land’s End and Eve:Gunjack.

If you watch a lot of online games over at Twitch, then you can also use the Gear VR to give you a larger view of the live streams of your favorite gamers. The Gear VR also supports Vimeo so you can also browse thru the library of content for short films and other user-contributed videos. 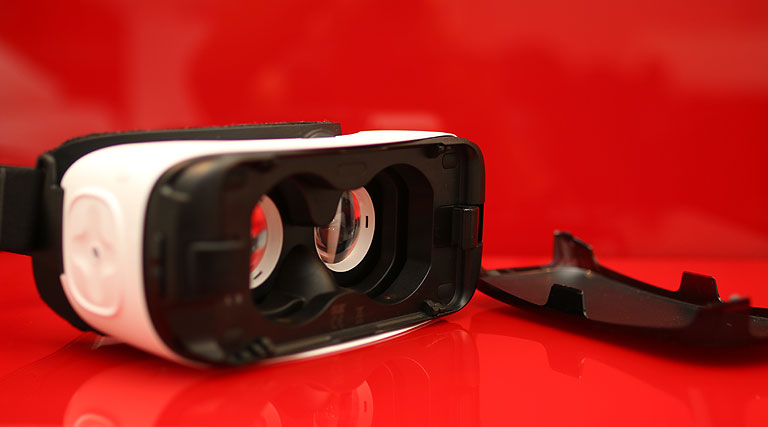 Samsung Milk VR is another channel that provides regular 360-degree virtual tours from concerts, interesting locations and documentaries. That being said, the entire library is still small and can all be viewed or completed in a week or two but it’s a good start. We’re hoping more popular game titles become supported very soon.

At its current state, the single biggest reason why we’re using the Gear VR is because it is compatible with Netflix as well as YouTube. The setup gives you access to the entire library of Netflix in a cinematic and large-display provided by the Gear VR. 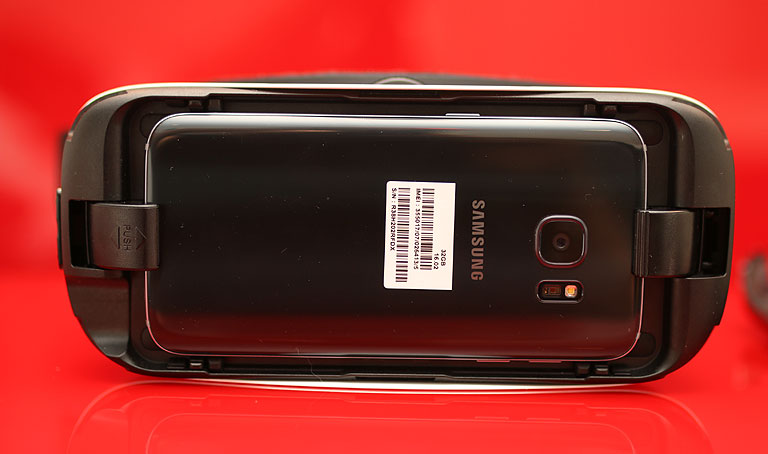 In the end, what will really keep anyone from using the Gear VR on a regular basis is the availability of interesting content. Otherwise, it will just be left stored in the drawer until something new comes around. For those who own a Samsung Galaxy S6 and its variants as well as the Galaxy Note 5, the Samsung Gear VR is definitely a really good buy.

Samsung Philippines is set to release the Gear VR in the Philippines this March with a suggested retail price of Php4,990. It will also be given away for free with pre-orders of the Galaxy S7 and S7 Edge.

based on the old Note 4 Innovator Edition Gear VR, the unit locks in and is a very very tight fit. it’s unlikely to work with a case in.

I’m guessing you can’t use it with a case. If you do a little research online, it looks like it snaps directly to your phone.