So you have already heard about play-to-earn games that use blockchain technology like Axie Infinity, My DeFi Pet, and CryptoBlades. One of the things you’ve probably encountered about them is that they use their own gaming cryptocurrency or tokens like SLP, AXS, DPET, or SKILL. These cryptocurrencies can be bought to help you progress in the game but can also be sold or traded for other cryptocurrencies or cash. So, if you’re wondering about their current prices in PHP, you can check them here. 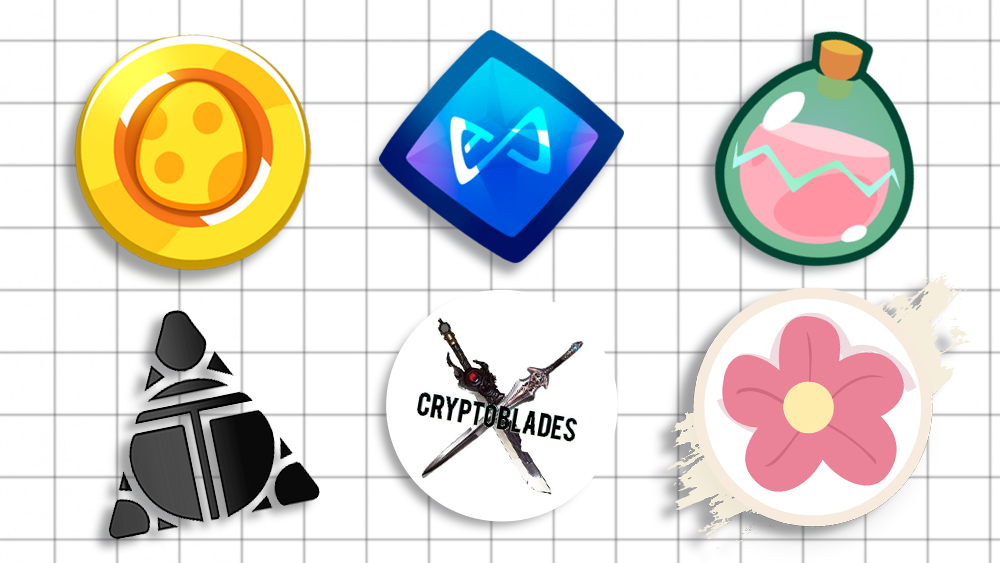 Smooth Love Potion (SLP) tokens can be earned as rewards by Axie Infinity players through battle or adventure mode. SLP are tokens that can be used to breed new digital pets, known as Axies. It was formally known as Small Love Potion before the token upgrade to the Ronin blockchain.

CryptoBlades is a web-based NFT roleplaying game launched on the Binance Smart Chain and developed by Riveted Games. The core of the game revolves around rewarding players with SKILL tokens. To earn said SKILL tokens, players must defeat enemies and participate in raids.

My DeFi Pet brings traditional game experiences and DeFi features to NFT collectibles. The DPET token is the main in-game currency of My DeFi Pet, which is a non-refundable functional utility token used for exchange between players of My DeFi Pet. The Tokens are used for summoning new eggs, breeding, and evolving monsters.

Alien Worlds is a simulated economy where players compete using NFTs. In the metaverse, economic competition and collaboration are encouraged and promoted between players – which would be done by incentivizing players to compete for the scarce resource, Trilium (TLM). TLM is required to control competing Decentralized Autonomous Organizations (known as ‘Planet DAOs’) and gain access to further gameplay.

My Neighbor Alice is a multiplayer builder game, which allows players to buy and own virtual land, collect items, meet friends and build the island. Non-Fungible Tokens (NFTs) will be used to allow players to directly own in-game assets which they can trade outside of the platform. ALICE is the native token for the My Neighbor Alice game universe and can be used for in-game currency, governance participation, staking, and incentives.

The Sandbox is a community-driven platform where creators can monetize voxel ASSETS and gaming experiences on the blockchain. SAND is the utility token used in The Sandbox ecosystem as the basis for transactions and interactions. It is an ERC-20 utility token built on the Ethereum blockchain.

Decentraland is a decentralized VR world that is powered by the Ethereum blockchain. In this virtual world, players can purchase land, build it, monetize, and immerse into the applications and content that is built by other users. MANA is the native currency in Decentraland, an ERC-20 token powered by the Ethereum blockchain. Users can currently use MANA to purchase LAND and also pay for goods and services in the virtual world.

Got other in-game cryptocurrencies would you like us to add to the list? Let us know in the comments below. In the meantime, you can check out these blockchain games you probably haven’t heard of.