How To View Google 3D AR Animals on Your Smartphone

How To View Google 3D AR Animals on Your Smartphone

At last year’s Google I/O, the company announced a couple of new AR (augmented reality) implementations, including the integration of 3D animals right into its search engine on mobile phones. This means you can search “giant panda” for example, then use your phone’s camera to see a 3D model of a giant panda in your own space.

You may have seen Mayor Vico Sotto doing this on his social media. If you’re curious on how it’s done, just follow these simple steps.

Before we start though, you need to make sure your smartphone is compatible. The main requirement for this feature to work is that your phone is certified for the ARCore SDK. This means it has passed Google’s standards for sensitive motion tracking.

iPhone users shouldn’t have an issue as long as you’re not using anything older than the iPhone 6s. As for Android users, it heavily varies from manufacturer to manufacturer. For a full list of compatible smartphones and tablets, click here.

How to View Google 3D AR Animals On Your Smartphone

What 3D Animals Can I See in AR?

It’s definitely more fun to spend some time experimenting, searching different animals to see which ones are available to view in 3D. However, 9to5Google has graciously been doing this themselves, and they have compiled a short list of animals known to work with this feature. 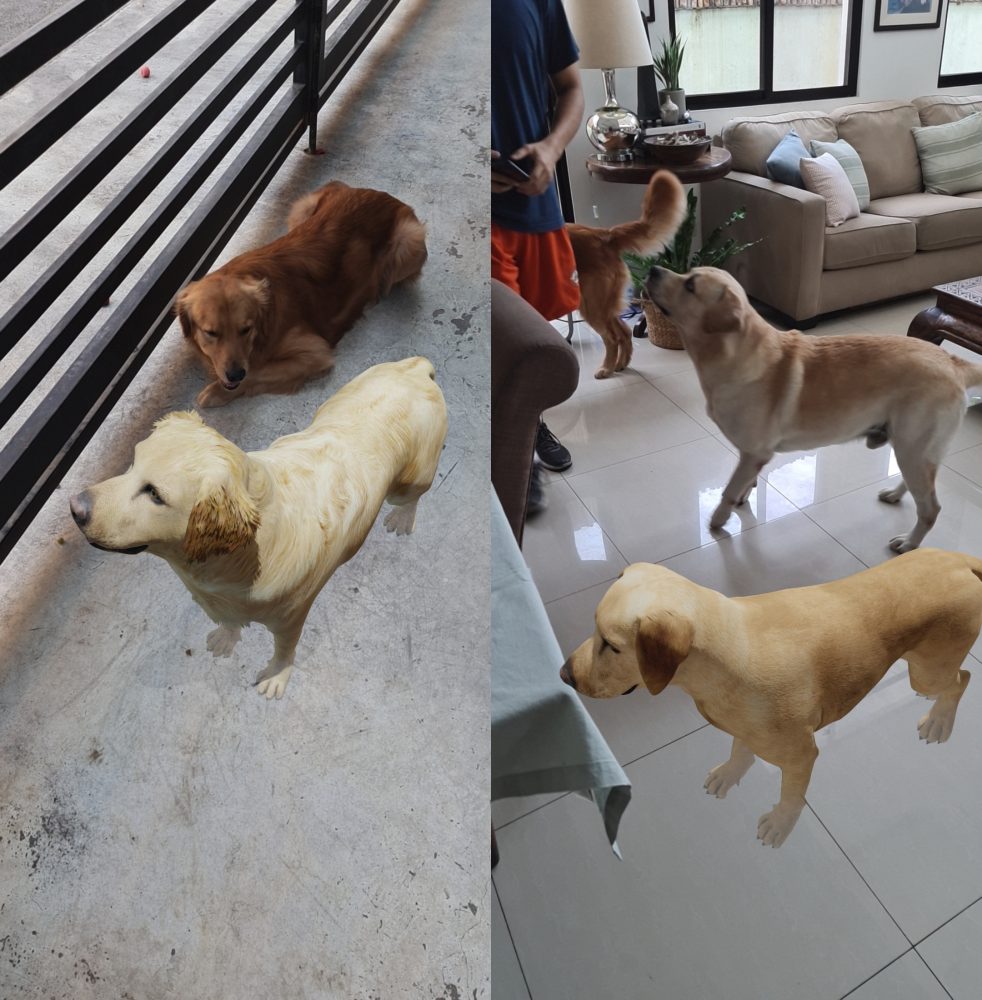 Real doggos with their virtual doggo friends. All good bois.

As far as my own testing, I’ve discovered that there are quite a few dog breeds available. Now, my Labrador Retriever Duke and Golden Retriever Argo have their own virtual playmates.

Now that you know how to view Google 3D AR Animals, that’s one more thing to do while stuck at home during the extended community quarantine. What 3D animals have you tried viewing? Let us know in the comments down below!