As of September, Smart took the lead on 4 out of 5 metrics, with 4G availability being tied with Globe. The breakdown is as follows: 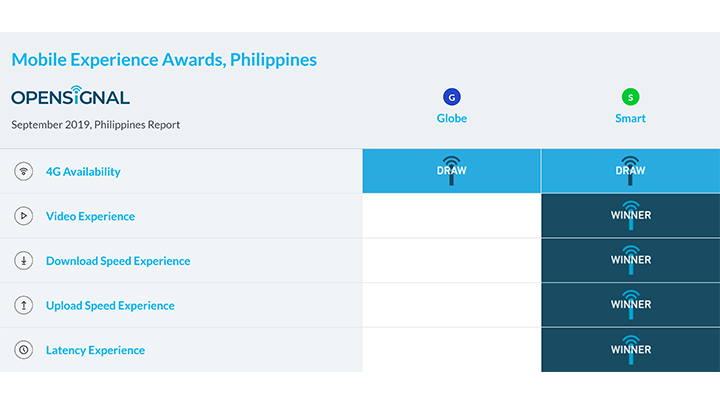 When considering only 4G network, Smart achieved a download speed of 12.7 Mbps while Globe can only get 8.3 Mbps. Alarmingly, Smart was slower by 0.3 Mbps compared to last year’s report, while Globe became faster by 1 Mbps. Both companies’ 3G speeds were nearly identical with Smart and Globe achieving 3.1 and 2.9 Mbps respectively.

In this metric, Smart almost doubled Globe’s average upload speed at 3.3 Mbps and 1.7 Mbps respectively. The same goes for 4G and 3G networks with Smart achieving 4.6 and 0.7 mbps compared to Globe’s 2.3 and 0.3 Mbps on the different networks.

Here, we can see that Smart’s network is faster at 61.9ms compared to Globe’s 64.2ms, although the gap between the two is closer than the other metrics. Using 4G network, the difference between the two is negligible; with Globe scoring 51.1ms and Smart at 50.6ms. However, at 3G Smart is clearly faster – being able to achieve a latency of 83.5ms and Globe at 90.8ms. 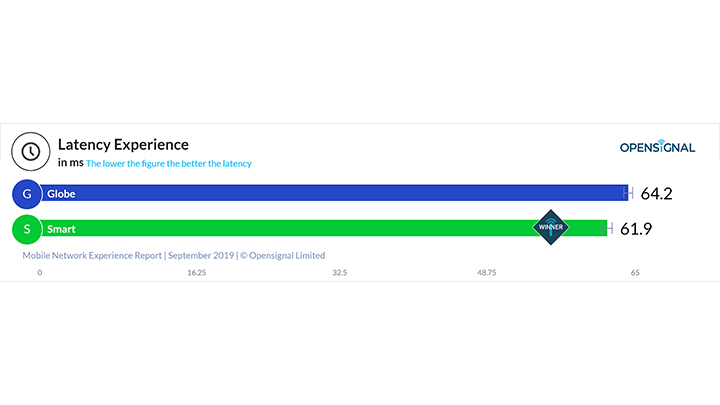 The regional analysis was mostly in line with the overall results. The only notable variance was Smart’s Download Speed Experience of 15 Mbps in Metro Manila, while only achieving 3 Mbps in Benguet.