Lenovo has just launched in the Philippines their latest business notebook that features a premium build, slim bezels, a fingerprint scanner, and a 5-segment hinge – the ThinkBook 13S. But is this the right laptop for you? Let’s find out in our review below. 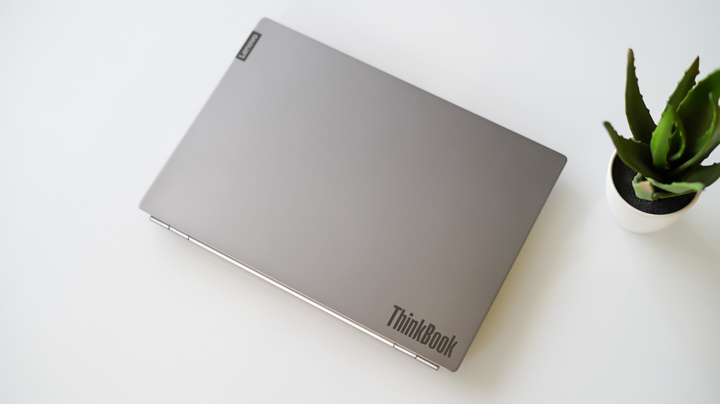 One of the first things you’ll notice about the ThinkBook 13S is its premium build thanks to its all-aluminum chassis in mineral gray tone. It’s cool to the touch, and the compact build makes it easy to put in a bag or lug around.

The ThinkBook 13S also features a shoulder eaves design to give the notebook a distinct look. The edges, especially the front side, stick out in an angle, which makes it easier for the user to open the lid. The whole lid is sturdy and doesn’t easily flex.

Looking at the left side, we have the notebook’s power port, HDMI 1.4b, USB 3.1 Type-C, combo mic/audio port.

Flip the laptop over, and you will see the rubber nubs, vents, and two speakers powered by Harman.

One of the main features of the ThinkBook 13S is the zinc-alloy hinge that lets the users adjust the angle of the display up to 180-degrees. It’s stiff yet smooth when the screen is adjusted. Lenovo says the hinge can endure up to 25,000 open-and-close cycles and is coated with indium and stannum to resist corrosion and enhance WiFi reception.

The ThinkBook 13S also features fingerprint scanner built-in to the illuminated power button. It’s easy to set up using Windows Hello and is also quick in recognizing my prints and unlocking the device.

For the keys, they’re plastic but reasonably spaced and quiet. There’s backlighting with two levels of brightness. The first level is too weak that it wouldn’t even illuminate the letters, so we end up using the max settings instead, which is just fine. The trackpad, on the other hand, is large and smooth, which makes it easy to use.

The screen is powered by Dolby Vision HDR and has nice colors, with decent viewing angles, and a reasonable 300 nits of brightness. The slim bezels also help in making the screen look more immersive. The bottom, however, is too thick but doesn’t ruin the whole viewing experience. Although some might see the 13-inch screen as cramped, it’s more than enough to most tasks like composing emails, working on MS Office applications, and browsing.

Aside from productivity, the ThinkBook 13S is also a good entertainment device. The screen is great for watching YouTube and Netflix. Not to mention it has HDR support which you can activate in Windows settings. The Harman-powered speakers are modest and won’t match the speakers on gaming laptops, but the quality will suffice for casual listening.

Since it’s a business laptop, the ThinkBook 13S runs on Windows 10 Pro. Lenovo is also offering a Windows 10 Home version for those that don’t need the security, productivity, and management features of the Pro.

Pre-installed apps are kept to a minimum, like Office 365, Lenovo Vantage, Lenovo Utility, McAfee, and OneDrive. Storage-wise, you’re getting a 512GB SSD with less than 475GB as usable which is not bad. Unfortunately, there’s no model with an HDD so you’ll have to bring your external hard drive for the big files.

Performance is great when it comes to productivity tasks. Thermals are also good as it is cool when idle. Warming can be felt at the upper left part of the keyboard when you start working but still cool enough to be placed on your lap. The fan is also quiet, but you’ll hear it’s subtle hum when cooling is needed. 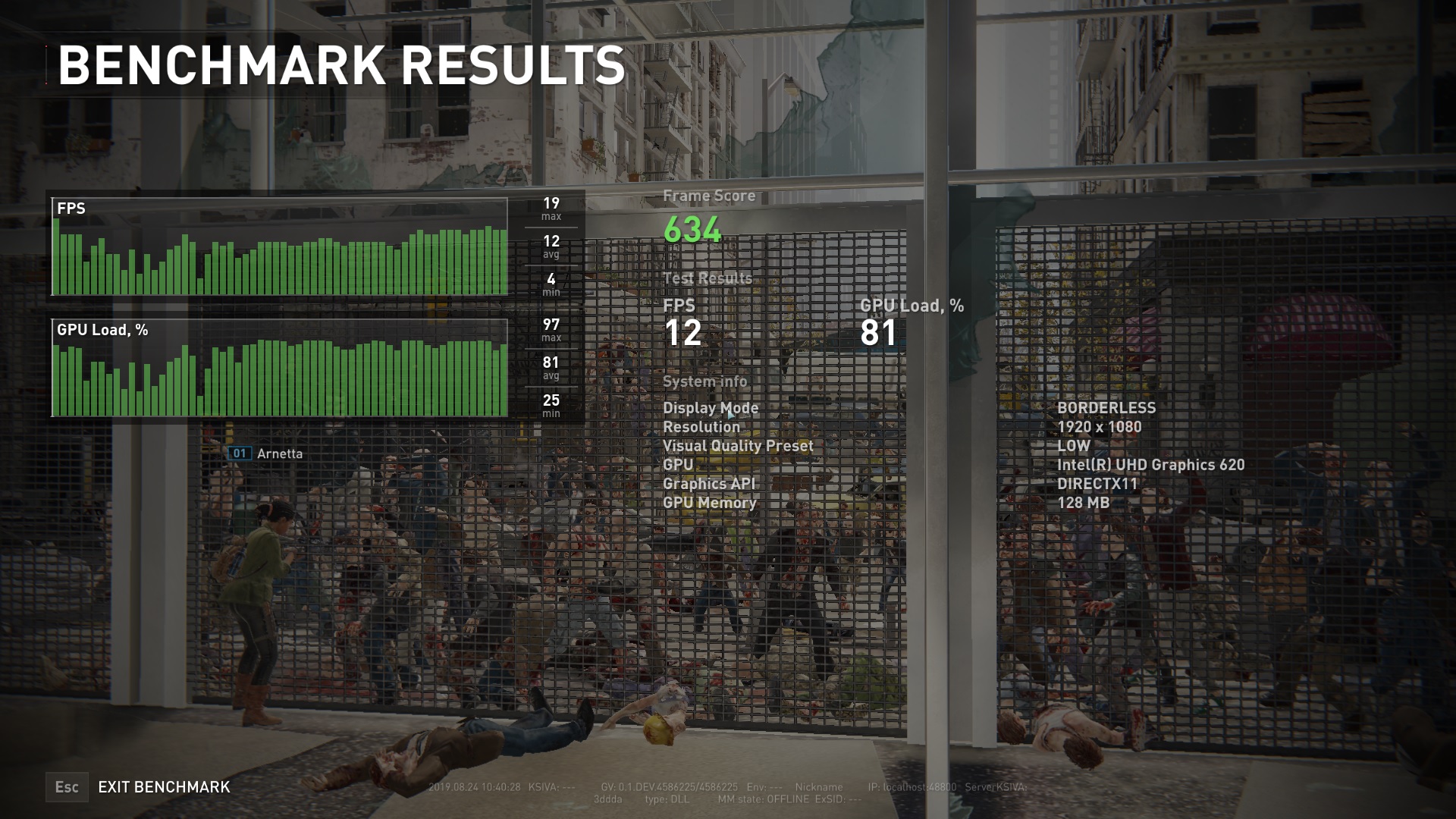 If you’re thinking of gaming, don’t expect much since this model is only running on an Intel UHD 620. It could probably run old games at their lowest settings, but when benchmarked using World War Z, we only got 12 fps in Full HD resolution in Low visual settings. We were able to get it to 24 fps when we lowered the resolution to HD. Playable but it only shows that this model is not built for gaming. Check out the benchmark scores below. 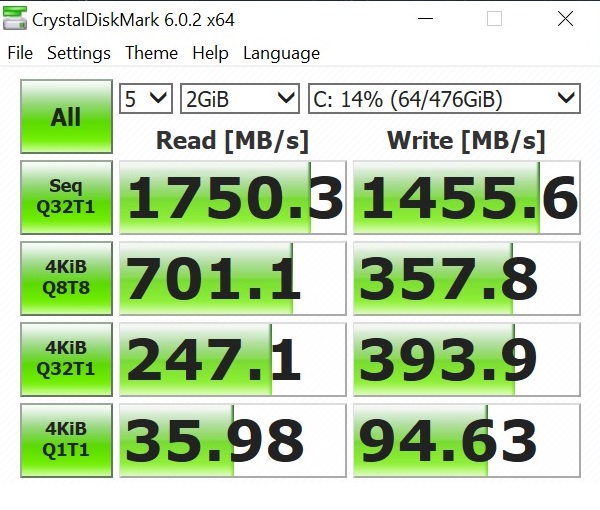 For the 45Whr battery, Lenovo claims that it can last for up to 11 hours. On better performance mode and varying display brightness, we’re getting around 8 hours using it for browsing the internet, writing articles, and watching videos, which is not bad. In our video loop test, it got us over 10 hours of playback in 50% brightness and better performance mode.

Lenovo is marketing the ThinkBook 13S as a business laptop with entertainment features. It looks great, durable, and portable. And given our experience with it, I think they’re right. It’s basically for work, meaning MS Office applications, emails, and web browsing. For entertainment, we’re narrowing it down to YouTube and Netflix. It would have been nicer though if they included an SD card slot. 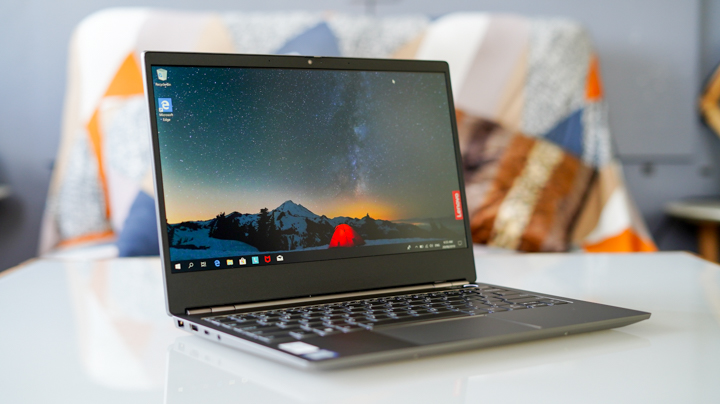 It’s not for everyone, though. If you’re a corporate professional who requires the Windows 10 Pro features, then this is great. But if you’re a student or planning to have this for personal use, I suggest getting the Windows 10 Home model with Radeon 540X graphics, instead.

What I didn’t:
• Backlighting need some boost
• No SD card slot

Even with all of that attention, our ThinkPad review unit had some minor flexing in the lid and the keyboard deck, which laptops like Lenovo s Yoga C930  and the Asus ZenBook S13  (with its MIL-STD-810G testing) do not. And the hinge was rather stiff and required both hands to open. Altogether, the ThinkBook is something of a tweener in terms of its perceivable build quality – and it seems to assume that consumers don’t care