Acer announces that it will further extend its reach in smartphone business to the United States by making its Liquid M220 available to Microsoft Stores. It is the first Liquid smartphone to run on Windows 8.1 OS and is supported by Acer for the free Windows 10 update. 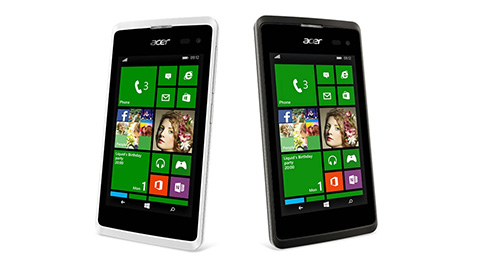 We’ve first reported on this device last month as it was one of the first smartphones announced at MWC 2015. We mentioned that because of its affordable price tag, it was the first Windows 8.1 Phone that can give entry-level Lumias a run for their money.  It is available in Mystic Black and Pure White colors, and will be available in Microsoft Stores in the States starting June for $79.99.

its very amazing and grow

Hello yugatech… I am happy because you have given great information about Acer. Thank you yugatech