Arsenal, the latest local brand to enter the competitive smartphone market in the country. Their first handset to introduce is the VR One. From its name, the handset is marketed to be a virtual reality handset thanks to its crisp display. The phone is priced sub-Php12k and has a premium build to it. Here’s our review.

When we first saw the VR One, we immediate thought of its beautiful design. On the hand, the 5.2-inch display is just about the sweet spot for a display size. Above the display are the selfie camera, earpiece, and front sensors. Below is a physical home button equipped with a fingerprint scanner. To the left-hand side is where the hybrid card slot sit that accepts a micro-SIM and a nano-SIM or a microSD card for storage expansion. On the right is the pair of physical buttons for power/lock and volume. The buttons have the same aluminum build with chamfered edges just like the whole frame of the device. Despite the growing popularity of the reversible USB Type-C among lower-midrange phones, the VR One sports a microUSB port for charging and transfers. 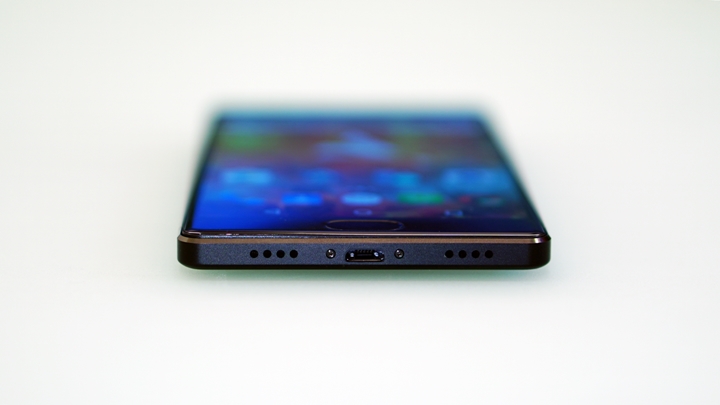 The top of the phone has the 3.5mm headphone jack and the noise-cancelling microphone. 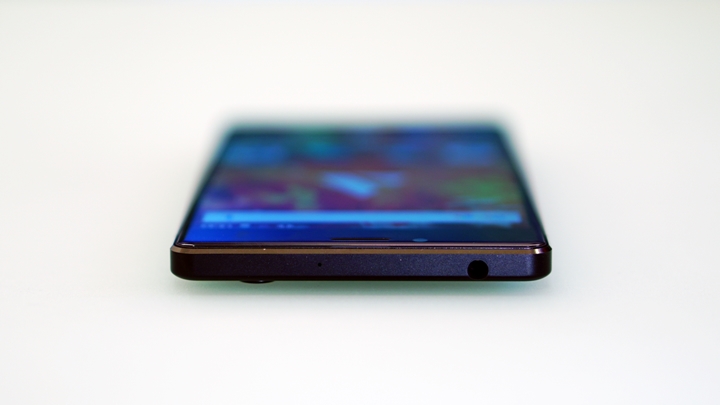 The back of the phone shows the matte aluminum unibody. The black variant we have hides the antenna bands well and is definitely a looker. Its rear camera module protrudes in the upper-left corner with a single LED flash beside it. 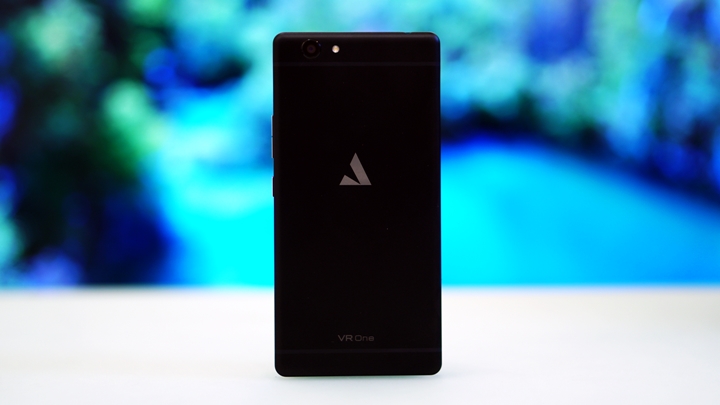 If first impressions really last, the VR One will definitely impress you with its build. It’s about the same as the Huawei P9 but with slightly sharper edges.

The phone has a 5.2-inch Full HD display that Arsenal is proud of thanks to high-quality LTPS panel from JDI. The end result is a gorgeous display and crisp too, thanks to its 423ppi pixel density. Even without tweaking, the color reproduction of the display is already spot-on to the naked eye but there’s always the MiraVision ‘Vivid’ mode tucked in the settings if you want to change it. 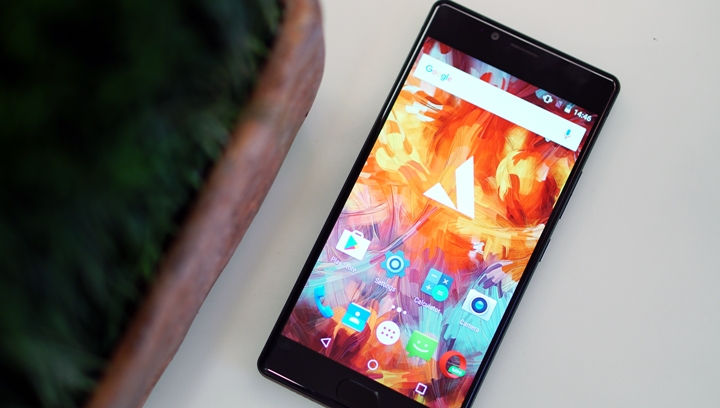 While the display is something to brag, the loudspeaker is nothing to write home about. It doesn’t give justice to the beautiful display. It’s loud but it lacks depth and most we can hear is just treble.

Running on the Arsenal VR One is a bare version of Android 6.0 Marshmallow. Promotional materials refer to it as Arsenal UI but there’s nothing different here. Actually, this could be a good thing as the phone gives you freedom to set the apps and what not. 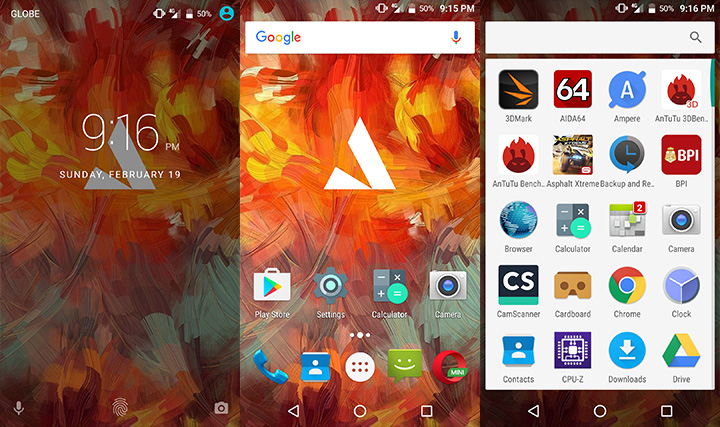 There’s not much onboard when we boot up the phone aside from pre-installed apps like Google Cardboard for virtual reality and the annoying ‘Top App’ app that keeps bugging us to register. It can’t be uninstalled, though, so you’ll just have to disable that. Even some Google-baked apps are not installed out of the box aside from core services like Gmail, Maps, and Photos. With the 32GB internal storage, you’re free to use 25GB for files and preferred apps to install.

Arsenal equipped the VR One with a 13-megapixel rear shooter and an 8-megapixel selfie camera. The default camera launcher is similar to all MediaTek smartphones around and offers basic tweaks. For the rear, it’s a standard 13MP shooter. We already saw similar output from other local OEMs. The photos comes out sharp, even too sharp sometimes. Sunlight is needed for better output because dim lighting causes the image to become a bit soft. The front camera, on the other hand, performs okay. Nothing spectacular and will do for your selfies. Here a few samples:

The video recording is maxed at 1080p but the output, like with the stills, looks overly sharpened. There’s electronic stabilization available in the camera settings to help compensate for the shake.

When it comes to performance, there’s not much to boast about. We have the MediaTek MT6753 octa-core CPU clocked at just 1.3GHz and a Mali T720-MP3 GPU. While the graphics are slightly better, the processing power is quite underwhelming. With an ample 3GB RAM, everyday tasks and load are handled well. Generally, everything is smooth and okay. It’s not totally lag-free though as we encountered a few hiccups when running resource hoggers like Facebook Messenger and Snapchat. For gaming, it’s fine — just keep settings in auto. If you wish you turn in up a notch, you’ll have to endure some frame drops. 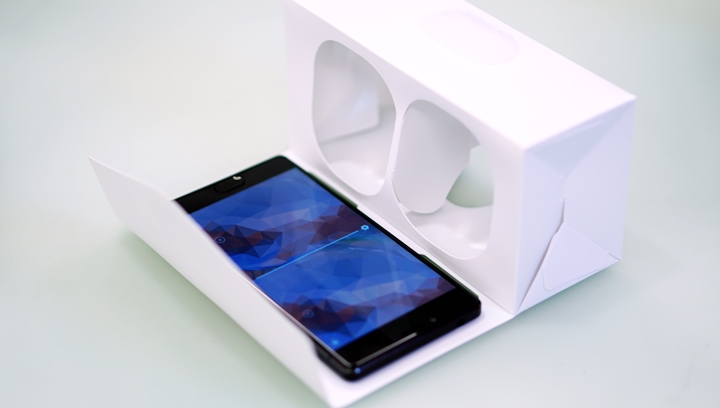 Since the phone is mainly marketed for VR use, we can’t help but question the prowess of the phone. We wished for a more powerful chipset and more RAM to run intensive tasks more smoothly. Google Cardboard has a few apps and mostly are just half-baked for the included VR box. The novelty wears off after a few tries. 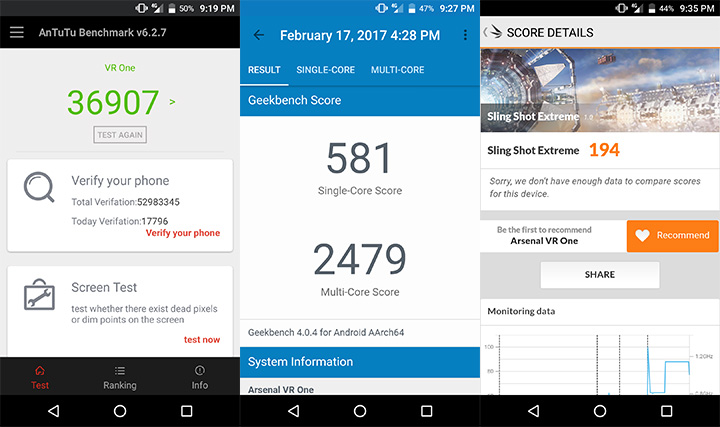 Here are the benchmark scores of the device:

Calling is the most basic feature for a phone and should be mastered already. For Arsenal One, it’s underwhelming as the earpiece sounds so-so. Good thing there’s a noise-cancelling microphone onboard to help out. We looked forward to the call quality of the phone since Arsenal proudly presented the supported LTE bands of the VR One. It covers mostly of the local spectrums including the prized 700MHz Band 28. We can get LTE signal when others can’t but the speed is surprisingly not as fast as we expected. Speed is subjective to location and time, though. There’s also Wi-Fi 802.11a/b/g/n, Bluetooth 4.0 LE, and GPS.

The battery cell inside the handset is just rated at 2800mAh. It’s pretty small, to be honest, and it’s got a lot of pixels to power. With our daily use, the phone wasn’t able to deliver a full day of use. We started our day at 9 AM and the phone is already asking for a charger at around 5 PM. That’s with consistent mobile data on and a screen on time of just 2 hours and 12 minutes.

As with the PCMark battery test (Work 1.0), it was able to score 7 hours and 1 minute. It’s not pretty bad but we definitely saw better numbers in this size.

Arsenal, being a new player in the country, will have a tough time to gain popularity. Their first weapon of choice is the VR One and it doesn’t disappoint — not entirely. We have mixed thoughts about the handset. We do like its build and display but there’s nothing exciting or new about it either. For Php11,990, it will be a hard sell to Filipinos especially that it’s a new name. 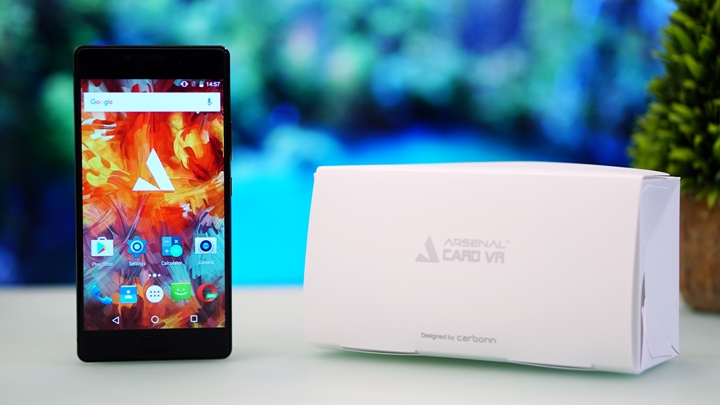 More Arsenal devices are coming our way, we’ll see if those will be able to sell us more.

Hi, my name is Philip, I would like to get LCD screen accessories to replace damaged screen for Arsenal vrone.

my arsenal vr one phone is badly broken but still working. its glass broke when my 2 years old daughter thrown it on the floor, can i replace the glass of my phone? or can I possibly restore the beauty of my phone? I really love my arsenal phone, I’ll wait for your respond on this.