ASUS ROG recently launched in the Philippines its latest gaming smartphones and leading the pack is the ROG Phone 5s Pro, now powered with a Qualcomm Snapdragon 888+ 5G SoC. How much improvement does it bring over the ROG Phone 5 Pro? Find out in our review 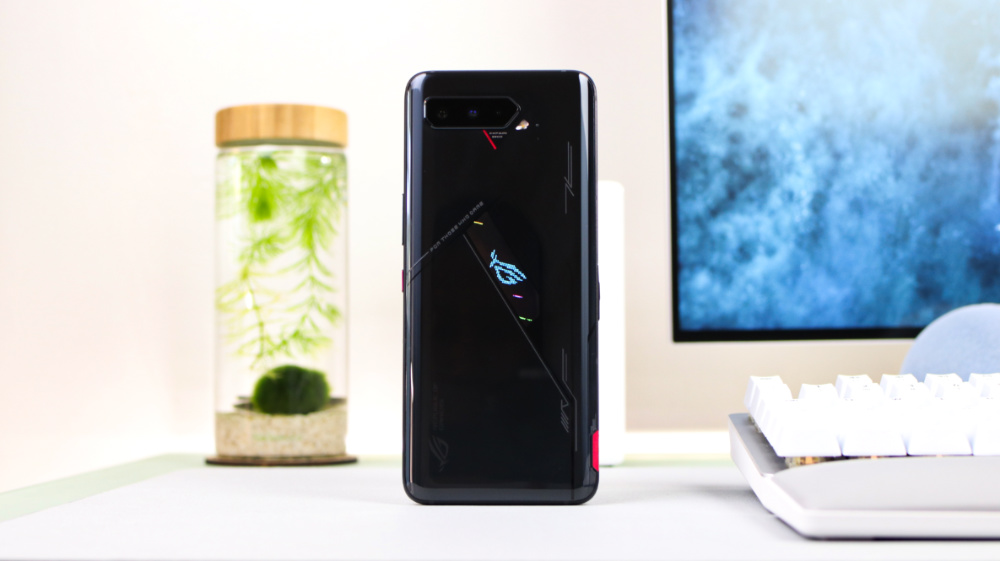 Right off the bat, we’re going to tell you that the ROG Phone 5s Pro looks just like the ROG Phone 5 Pro. If you put them side by side, you won’t be able to easily tell them apart. We still have a 6.78-inch screen on the front with stereo speakers at the top and bottom. In the bezel on the upper right corner is the 24MP selfie camera. 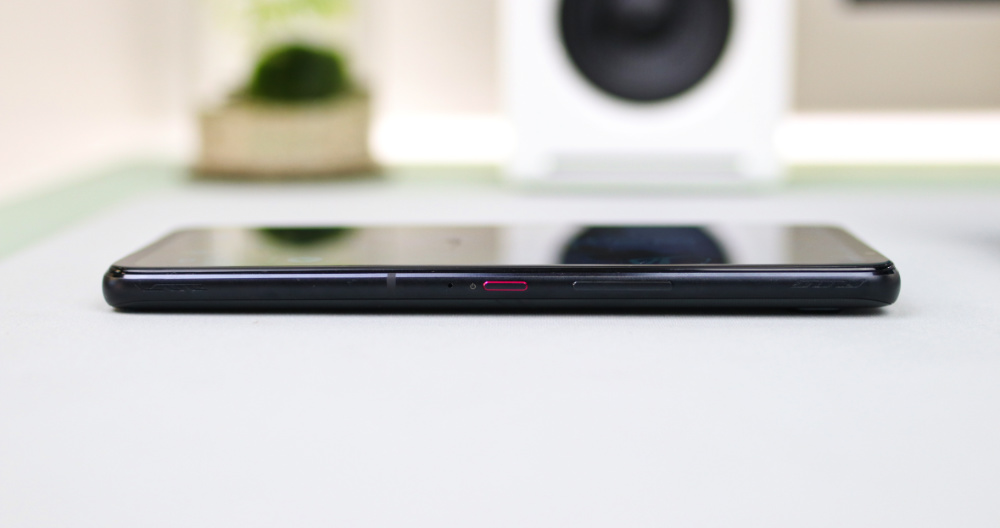 On the right, we have the power/lock button, the volume buttons, a microphone, and the shoulder triggers. 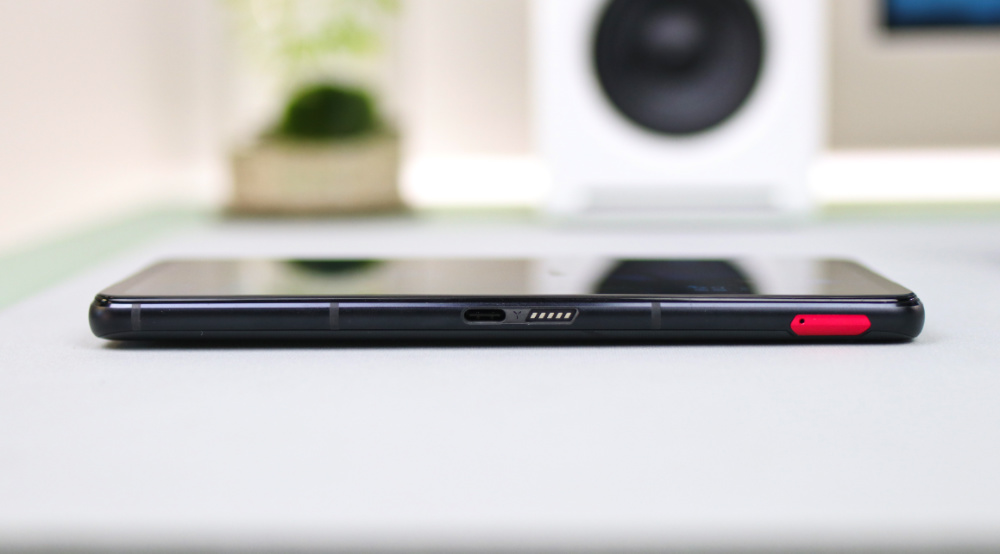 On the left, there’s the USB-C port for landscape mode charging, metal contacts for the AeroActive Cooler 5, and the card tray for two nano-sized SIM cards. 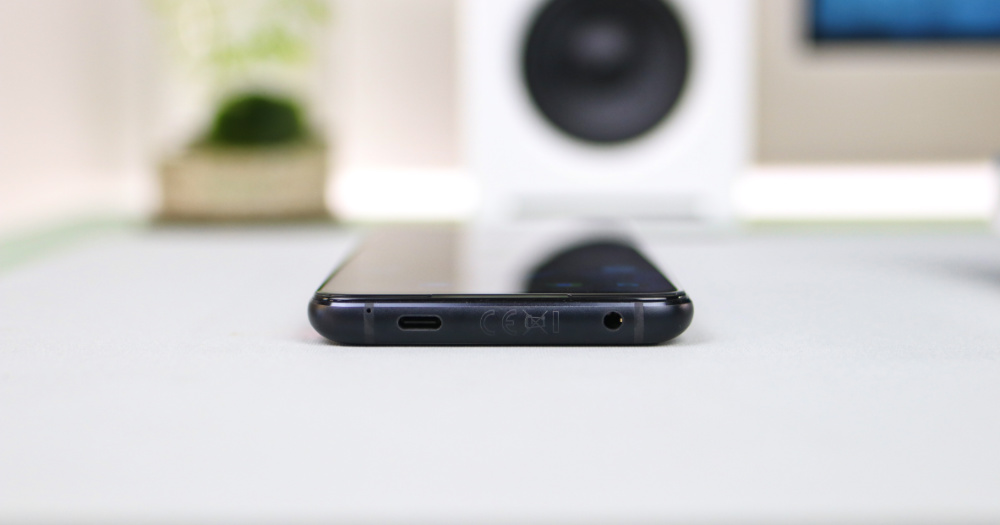 At the top, we have a secondary microphone. Then down at the bottom, we have the main microphone, USB-C port, and 3.5mm audio jack. 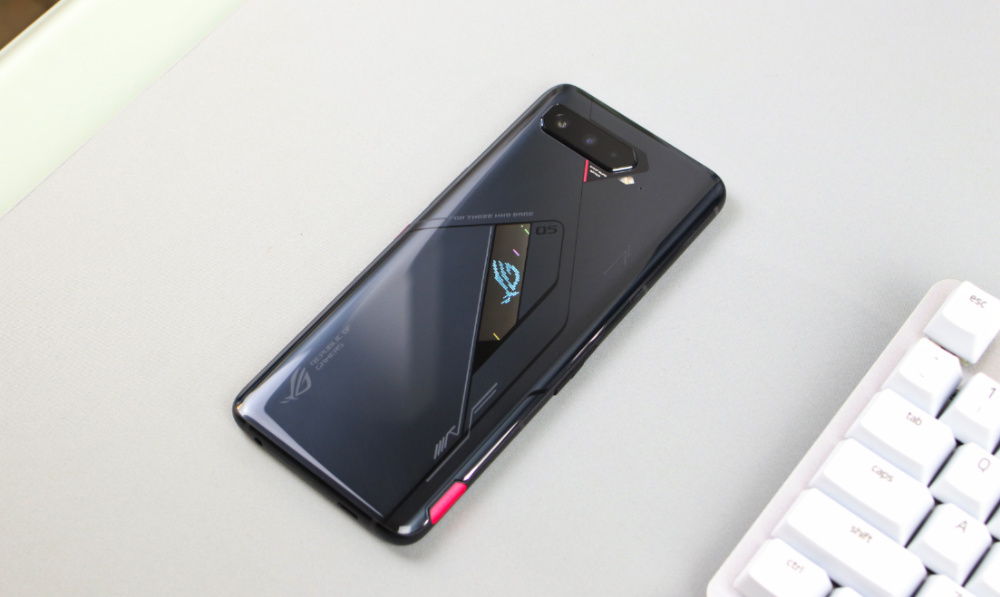 At the back, we have the triple cameras, LED flash, rear-facing microphone, and the ROG Vision matrix display. The ROG Phone 5s Pro is still a high premium device with its metal frame and glass front and back, the former being Gorilla Glass Victus. Like the ROG Phone 5 Pro, it’s tall at 172.8mm but relatively narrow at 77.3mm. It’s slightly thinner now at 9.9mm but maintains the hefty 238g. If you have small hands, this device will definitely require two-handed use.

To protect the device from bumps, the ROG Phone 5s Pro also comes with a special case included in the package. There’s no water and dust resistance, so you have to be careful with it around liquids.

The ROG Phone 5s Pro is equipped with a 6.78-inch screen with FHD+ (2448 x 1080) resolution or equal to 395ppi, which is still a sharp screen given its size. It uses an AMOLED panel with support for 1 billion colors and 1200 nits peak brightness. The result is a screen that is vibrant even when used outdoors, has punchy colors, and deep blacks. 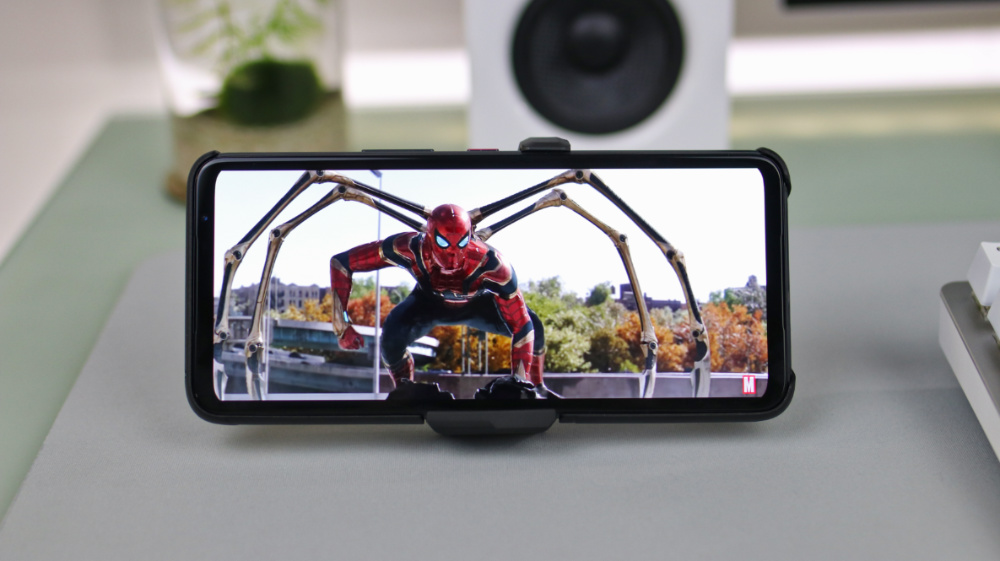 Those specs are nice to have when you’re watching movies or playing games. You can further tweak it via the Splendid settings and choose between five different screen color profiles. But what will set this phone from others is its 144Hz refresh rate that produces really smooth animations, 360Hz touch sampling rate with a touch latency of 24ms for very responsive touch registration, Delta-E<1 color accuracy, DC dimming, and Always-on HDR that improves non-HDR visuals. 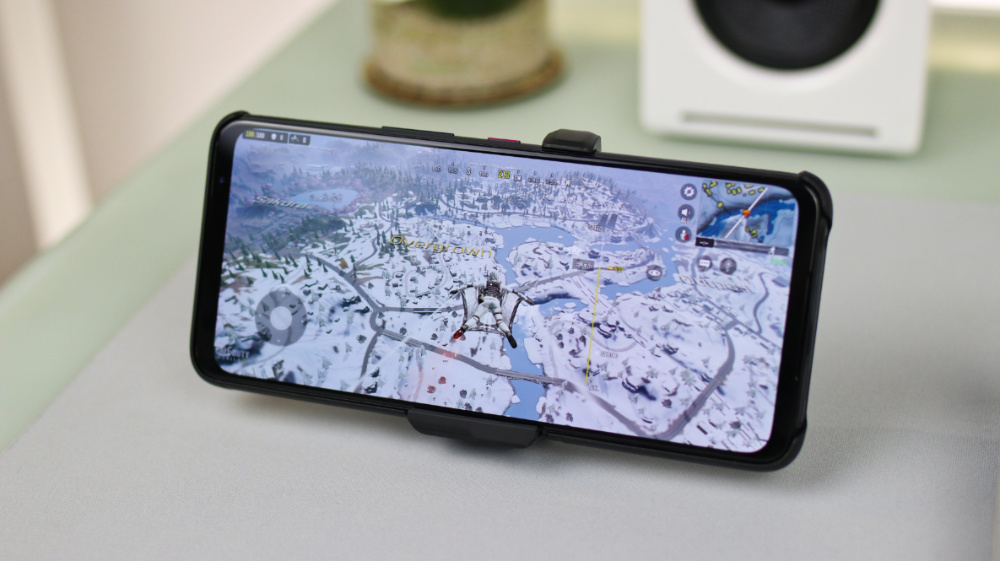 Audio is fantastic as well, thanks to the symmetrical 7-magnet dual speakers. The quality is rich and full for a smartphone. It’s still not going to compete with dedicated speakers but it will wow you for delivering a balanced stereo experience. Should you wish to use your favorite wired headphones, the 3.5mm jack works in conjunction with a hi-fi grade ESS DAC. If you want to go wireless, there’s Qualcomm aptX Adaptive.

The ROG Phone 5s Pro has a 64MP main, 13MP ultrawide, and 5MP macro. For a gaming smartphone, it can take really nice photos. The images are sharp with accurate colors, meaning it reproduces the same colors that you see. Even when you shift to ultrawide, the colors are consistent. Indoor shots look vibrant as long as there is enough light. Things are different when the sun goes down. In dim conditions as images get easily peppered with noise. In extreme low-light, it fails to illuminate the subject even when using Night mode. The same can be said with selfies. Just make sure to shoot in bright light for the best results.

When it comes to video recording, it can shoot an impressive 8K resolution at 30 fps with video stabilization on. The phone warns that recording in 8K is a hardware-intensive task so expect the device to get warm. If you want to shoot at 60 fps, you’ll need to bring down the resolution to 4K.

Software-wise, it’s running on a skinned UI based on Android 11. The interface feels like a stock Android but with a red theme and custom icons. It’s almost free from bloatware, and you’re only getting the usual Google apps and two ASUS apps — the ASUS Data Transfer and ROG Armoury Crate. The latter is what you’ll frequently interact with when you’re gaming. The Armoury Crate serves as your dashboard to access the ROG Phone 5s Pro’s gaming features. From here, you can access the Game Library with each game given a Scenario Profile where you can tweak Touch settings, Display, Performance modes, Network, AirTriggers, Key Mapping, and Macros. 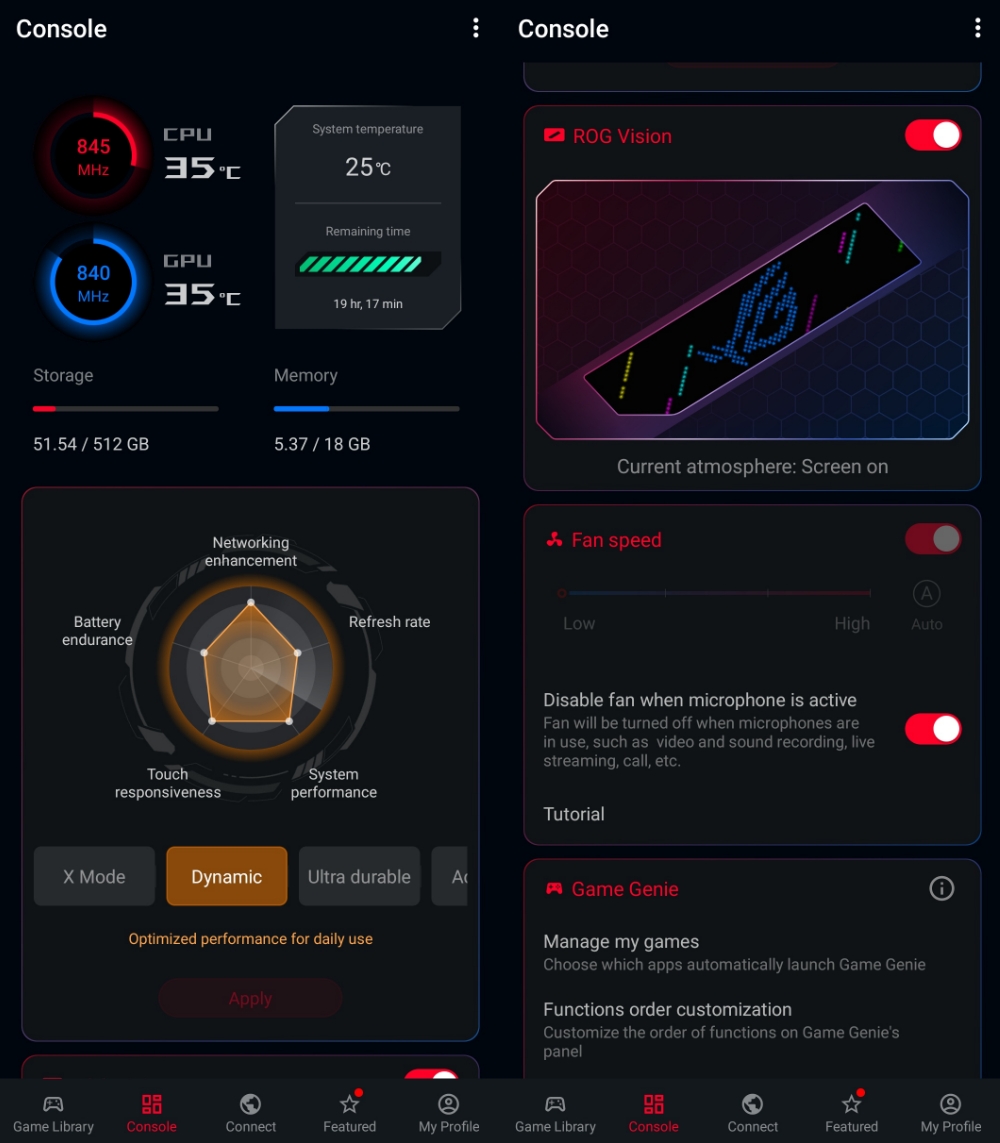 The Console tab brings you the device stats, further customization of performance modes, the fan speed of the AeroActive Cooler 5, Game Genie, and AirTriggers. The Connect tab is a newsfeed for ROG Phone-related news and updates, while the Featured tab shows you the games you can download and play. 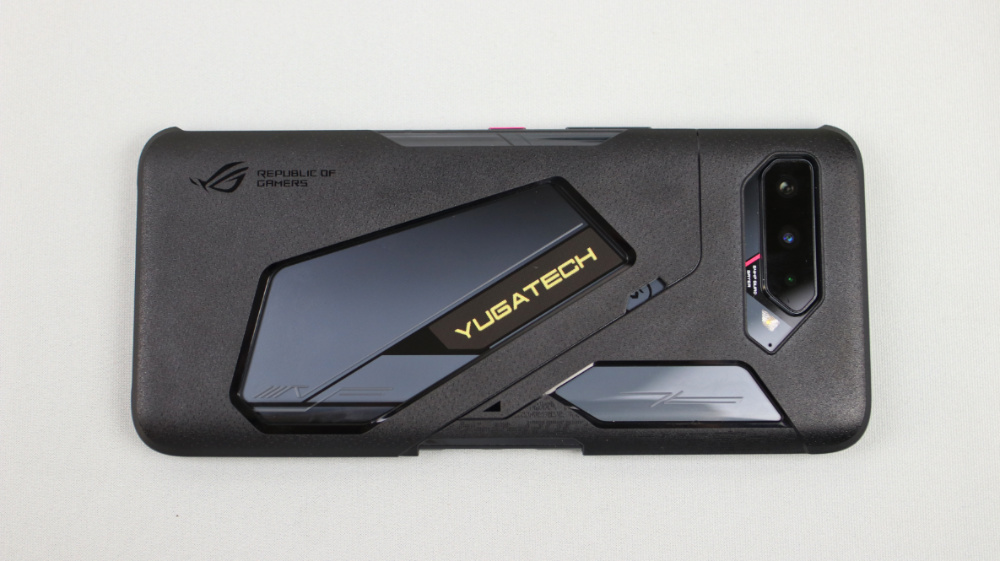 The ROG Vision is one of the nicest extras in this phone as it lets you customize the matrix display at the back. You can choose to have it display an animation when attaching an external accessory, when activating X Mode, when the screen is on, charging, playing games, and getting an incoming call. You can also add a custom text if you prefer that.

If you’re a hardcore mobile gamer, you’ll be happy to find the customization options available to you to make the phone adapt to your needs.

Powering the ROG Phone 5s Pro is a Qualcomm Snapdragon 888+ 5G SoC, Adreno 660 GPU, 18GB LPDDR5 RAM, and 512GB UFS 3.1. That’s the improvement over the ROG Phone 5 Pro’s SD888 5G and 16GB RAM. The plus version offers a slightly higher CPU clock speed and improved GPU performance. As expected, this phone can breeze through any tasks we threw at it including gaming in the highest settings. 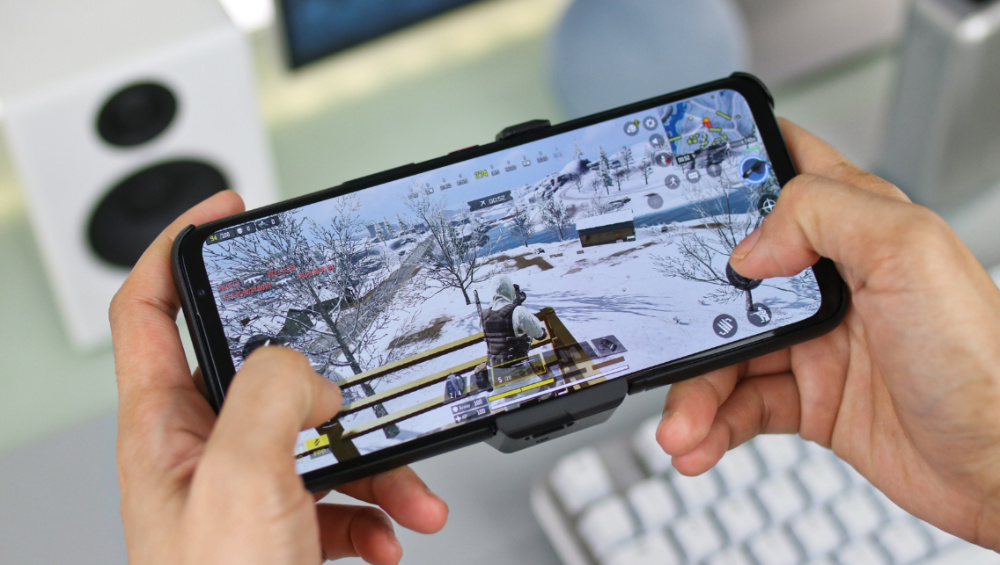 One of the issues we have on the ROG Phone 5 is the heat. That’s still present in the ROG Phone 5s Pro as there are times that it becomes too hot to handle, even with the cooler. If it didn’t have a case, we wouldn’t be able to play with it. However, those heating incidents are not that frequent now. When we were downloading assets for Genshin Impact, the temperature went crazy, but once we’re already in the game, it went down to more comfortable levels. Check out the benchmark scores below. 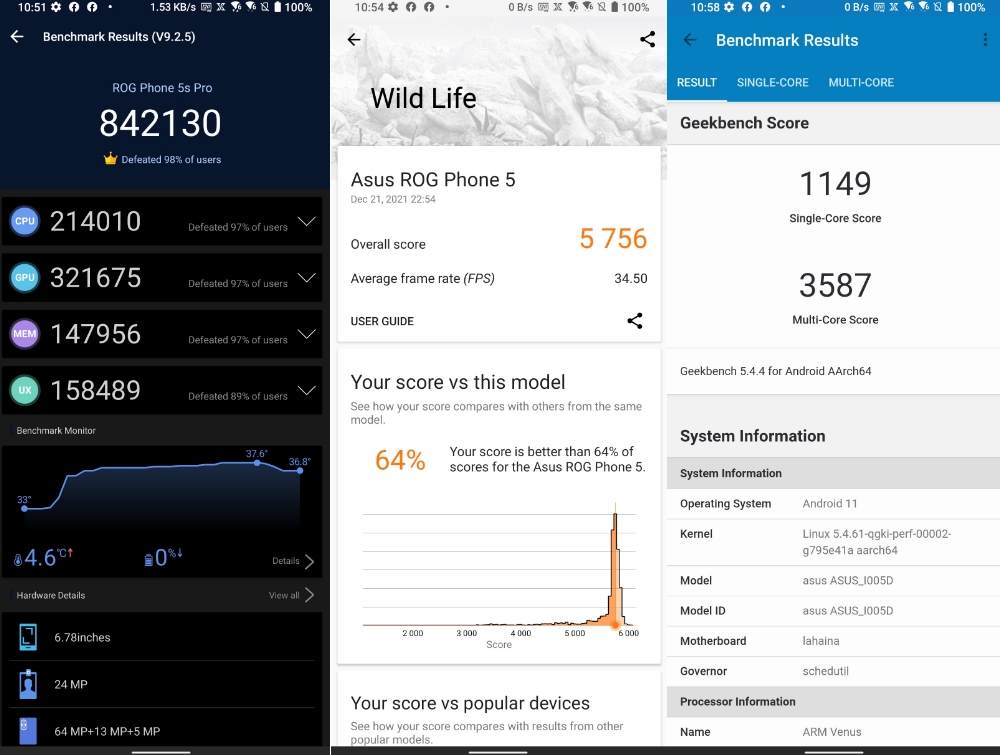 For connectivity, we have 5G, 4G LTE, WiFi 6E, Bluetooth 5.2, NFC, and multi-band GPS. So far, we have no problems with these connectivity features. When gaming, we like that there are settings within Armoury Crate to automatically switch between 5G and 4G to improve performance and battery life or prevent automatically switching to WiFi when using mobile data to avoid disruption. 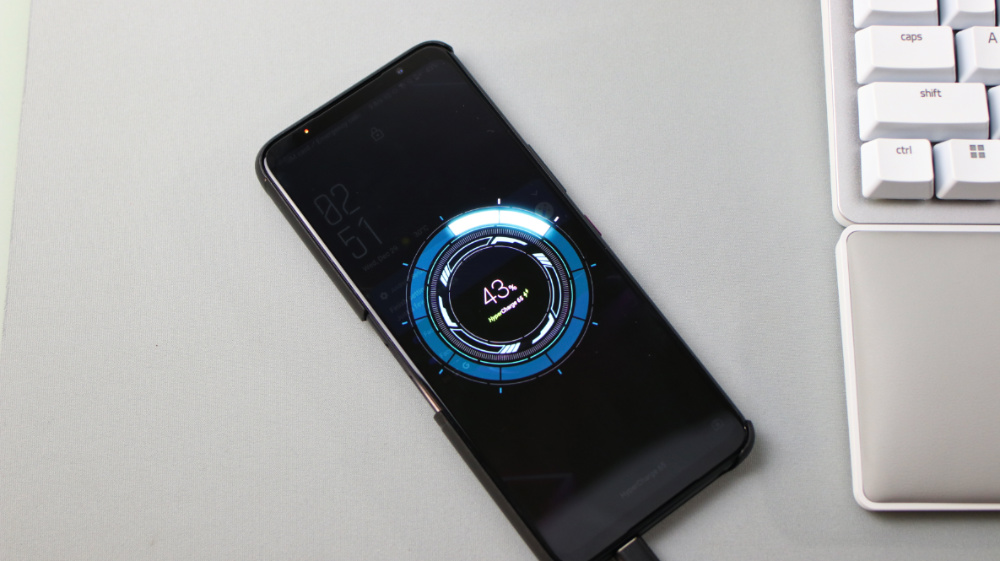 For the battery, the ROG Phone 5s Pro has a total capacity of 6,000mAh in a dual 3,000mAh setup. PC Mark rated its battery life at 16 hours and 2 minutes, while our video loop test with refresh rate set in auto and brightness set in 50%, and we got 21 hours of playback time, which is good. Fast charging maxes at 65W using the HyperCharge charger included in the package and can replenish the batter in a little over an hour. 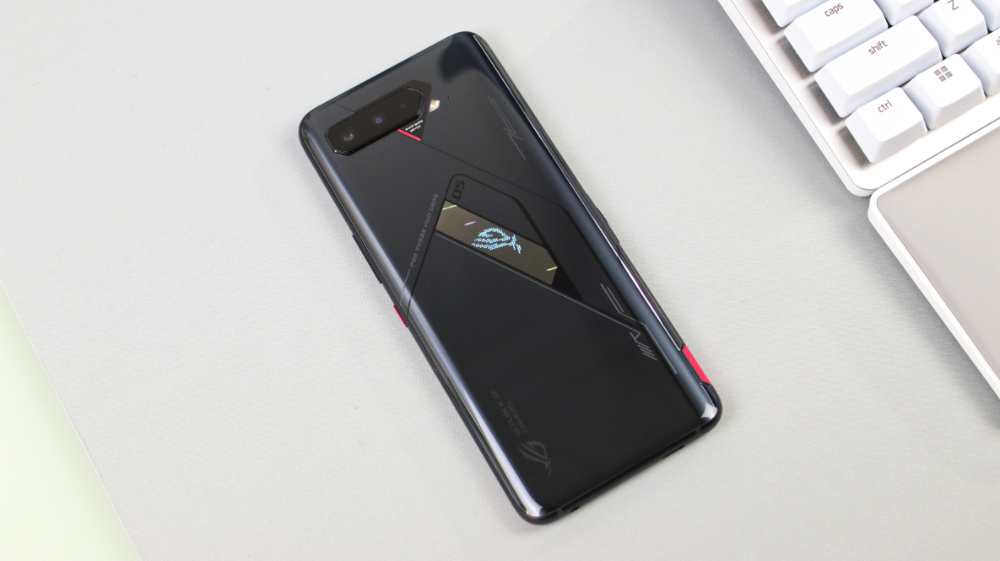