Smartphones with large displays aren’t exactly new. ASUS isn’t new to it either when it announced the 6-inch Zenfone 2 Laser (ZE601KL) last year. With the announcement of the new Zenfone 3 family, the company is taking another shot at the phablet segment with the larger and even more powerful Zenfone 3 Ultra. For a smartphone, is bigger always better? Let’s find out.

The ASUS Zenfone 3 Ultra is the largest Zenfone to-date and probably one of the largest Android smartphones in the market. It stands at 186.4mm tall and 93.9mm wide. That said, this device is more of a small tablet than a large smartphone. 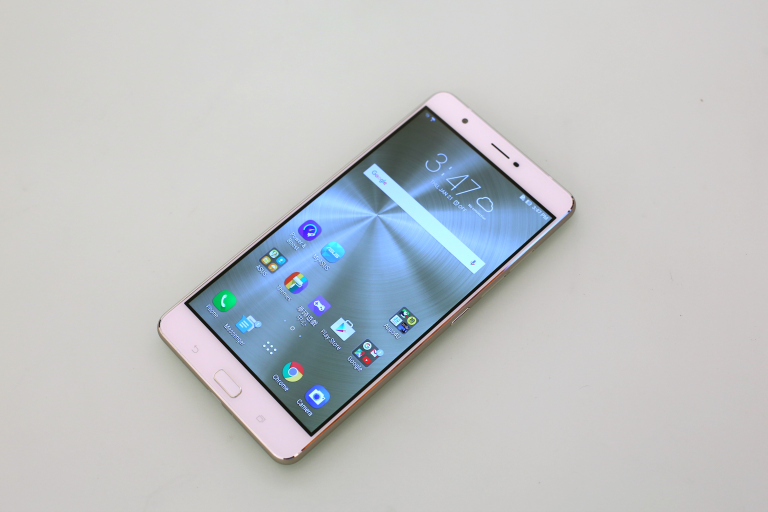 Up front, we have the 6.8-inch display. Above it are the earpiece, light sensors, 8MP camera, and notifications light. Down below are the physical home button which also doubles as the fingerprint scanner, and the lit capacitive buttons for Back and Recent apps, on its left and right sides. 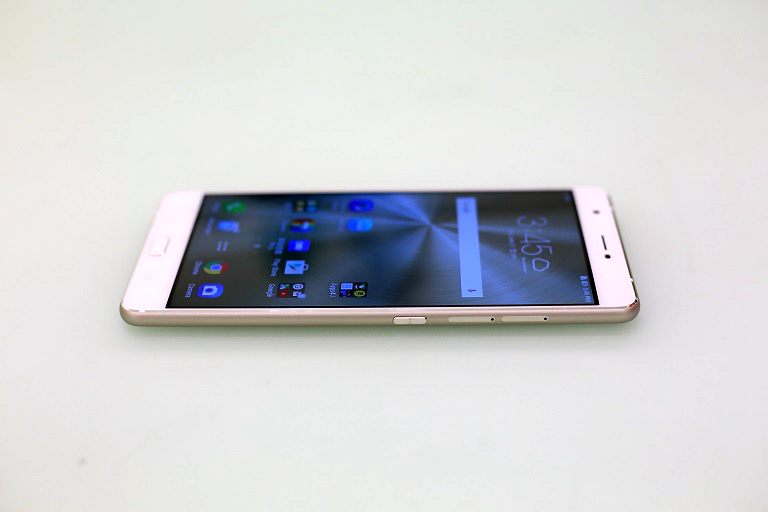 On the right are the metallic power/lock button with concentric circle finish, and two trays for the SIM and microSD – one can only accommodate a single nano SIM, while the other uses a hybrid setup, meaning you can either put in a second nano-SIM or a microSD card. 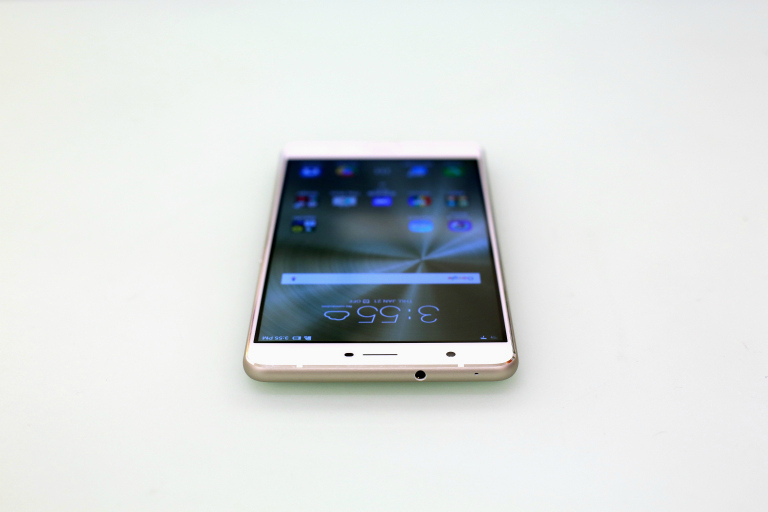 Up top, we have the microphone and headset jack, while down below are the USB Type-C port, microphone, and two sets of holes for the loudspeakers. Flip it on its back and you will see the protruding 23MP camera, Laser AF, dual-tone LED flash, metallic volume button with a concentric circle finish, and the ASUS branding. 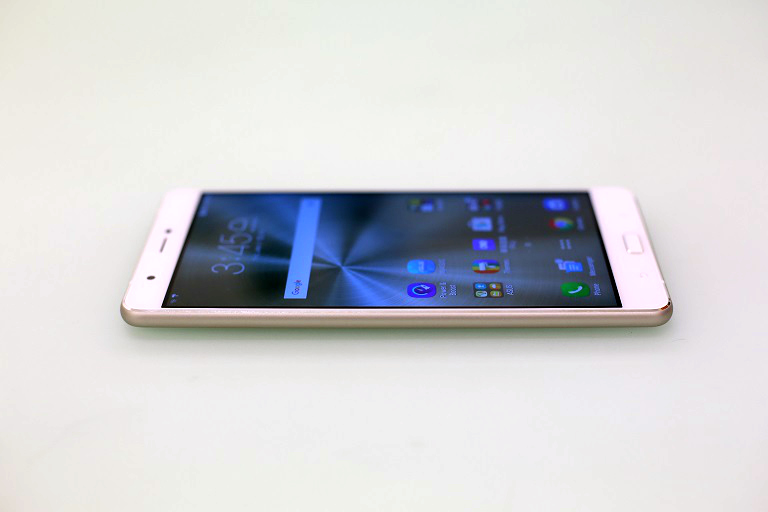 When it comes to the build, the Zenfone 3 Ultra doesn’t fail to exude premium quality. The body is metallic so it’s cold in the hands, while the edges are beveled so it adds edginess to the rounded chassis. It might be large but it’s thin at 6.8mm. A little hefty at 233g but it’s a welcome feeling considering it’s metal build. 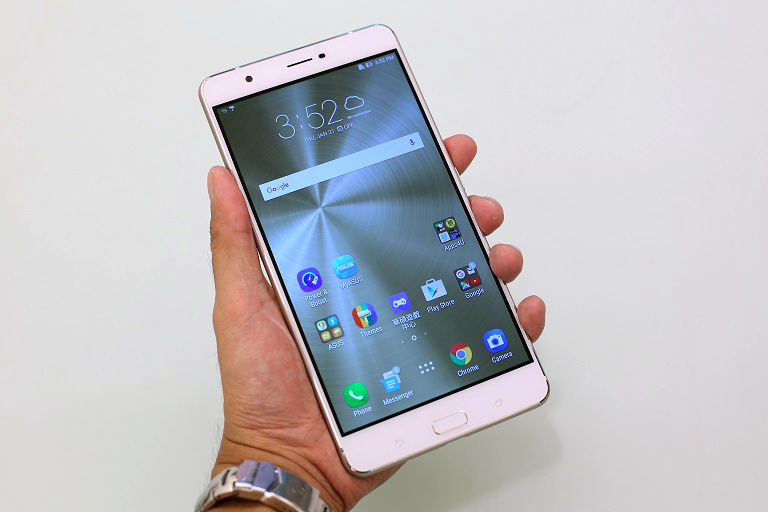 When it comes to handling, the Zenfone 3 Ultra definitely asks to be used with two hands especially when navigating. Doing otherwise would always give a feeling that it could slip and fall from your hands. Pocketability is a bit of an issue. While you can still slip it in your jeans pocket, it won’t allow you to sit comfortably. Better have a bag with you if you’re traveling with it.

We’ve already mentioned how big the display is so we can cross out screen size from the list. The concern now is quality. The Zenfone 3 Ultra packs a Full HD resolution which equates to a pixel density of 324ppi coupled with VisualMaster 3.0 and Tru2Life+ 4K TV-grade processor. In other words, the screen is sharp with great contrast and vivid colors which makes it good for viewing photos and watching movies. Viewing angles shouldn’t be a problem as it sports an IPS panel. 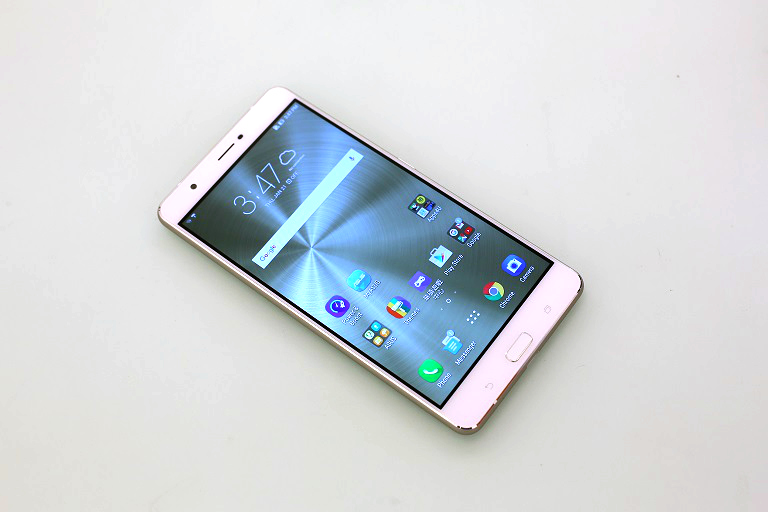 Like most Zenfones, the screen can be further tweaked inside Settings. From there you can adjust the color temperature or select screen color modes. Another cool feature ASUS added on the Ultra is the Blur-Free Motion which simulates high framerates when watching videos. The result is a more fluid and lifelike video quality. As for multimedia , this is the area where ASUS is marketing the Ultra. Aside from the good display quality, the USB Type-C port supports DisplayPort connection, and lastly, two 5-magnet speakers. ASUS says that the speakers are driven by the NXP Smart AMP for high volume output. They’re not kidding though as the Ultra’s speakers are some of the loudest we’ve encountered so far. 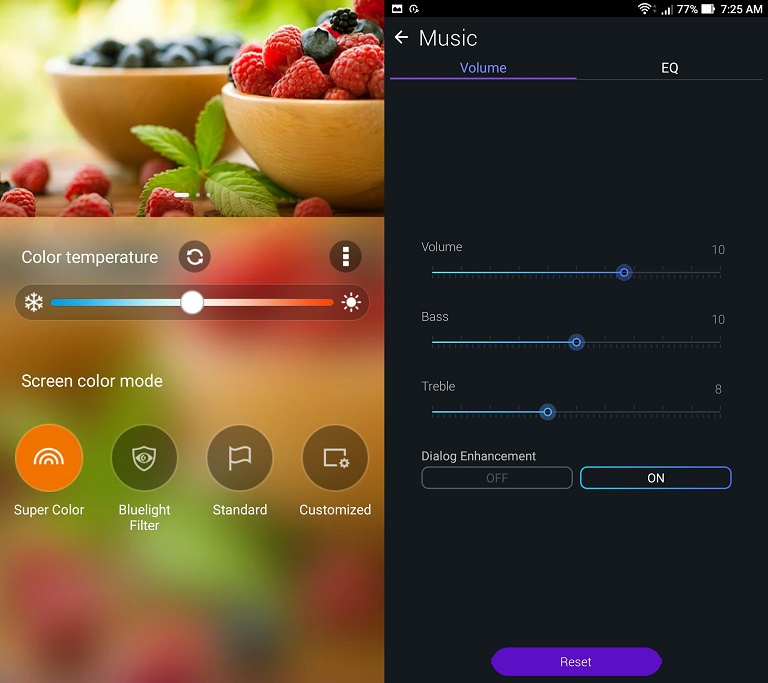 If you want a better listening experience, then you might want to use the ZenEar S headphone that is included in the package. It’s not your ordinary set though as it is Hi-Res Audio certified and DTS fine-tuned, but if you have something better you’re free to use those as well.

The software is handled by Android 6.0.1 Marshmallow with ZenUI. We’re not exactly fans of the said UI as it feels outdated and clunky. The large screen size didn’t help as well as some features feel stretched out or a waste in space like the dialer and app drawer. 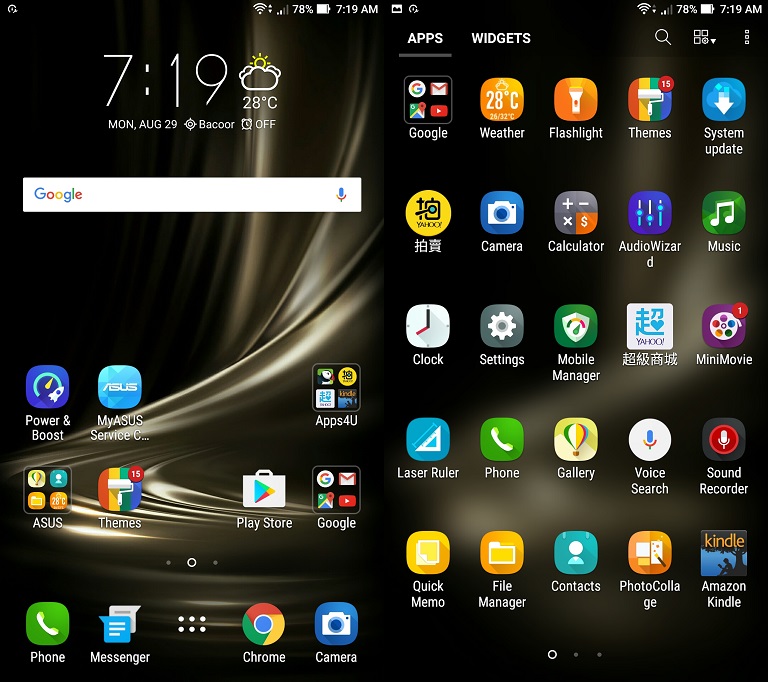 There’s no landscape switching as well for the homescreen which is a disappointment. It would have been cooler if it could behave like a small tablet which it is. Heck, even the 5.5-inch iPhone 6 Plus has this feature. There’s a one-hand mode, though, which you can activate by double-clicking the Home button, if that’s any consolation. Anyway, you can just download a more flexible launcher in the Play Store if you want more control. 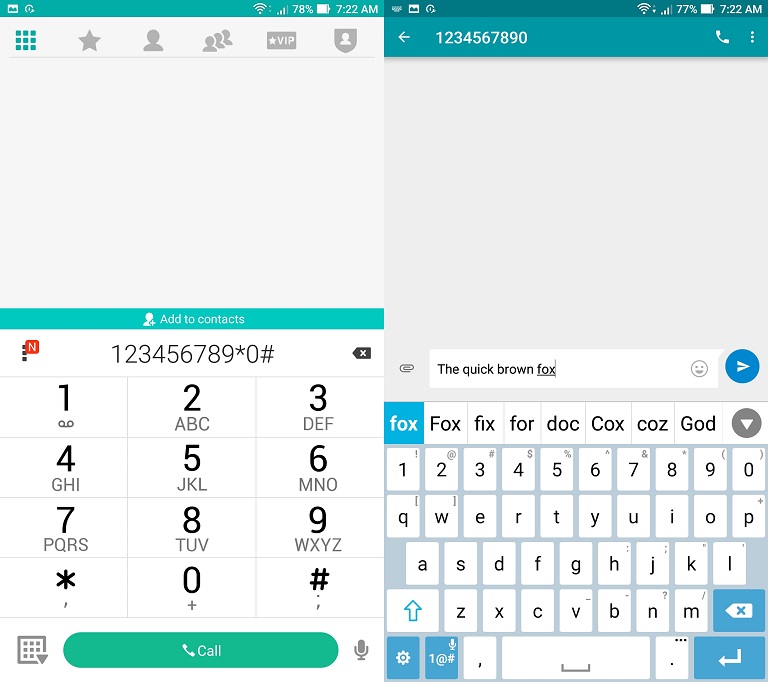 As for apps, we thought ASUS is already aware that users are not fond of bloatware. The unit we received has a number of it – a couple of Chinese Yahoo apps, KKBOX, Puffin, iReader, NFS: No Limits, SimCity, Facebook, Instagram, and Amazon Kindle. Add to that ASUS’s own apps as well as Google’s and you got yourself a ton to clean up. The good news is, the apps we mentioned above can be uninstalled. 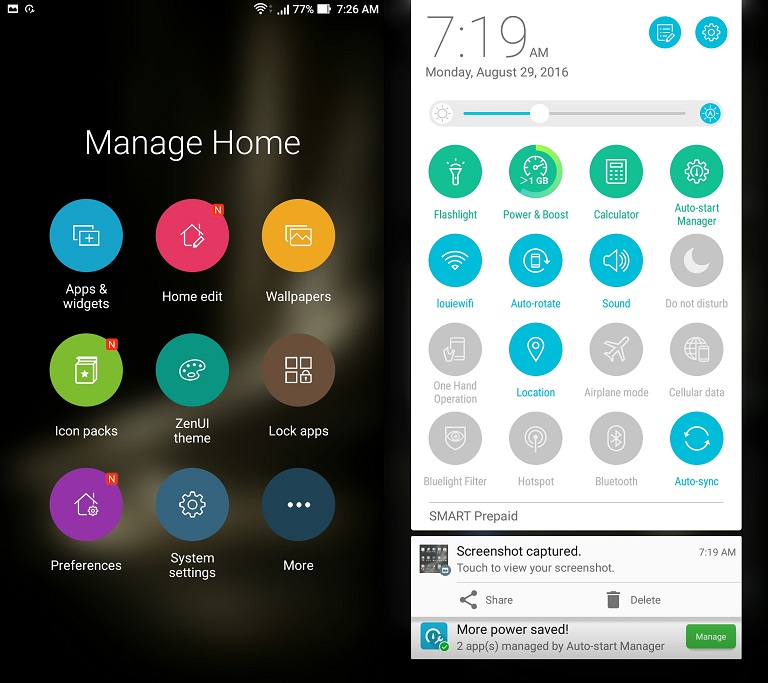 Storage-wise, we’re glad that the Ultra starts at 64GB with a usable space of 51.83GB which is still sizeable. As mentioned earlier, you can expand it up to 200GB via microSD, so good job on this one ASUS!

The Zenfone 3 Ultra is not just designed for media consumption but also for creating thanks to the 23MP rear camera and 8MP front (same camera specs as the Zenfone 3 Deluxe). The main shooter has Laser and Phase-Detect AF which made focusing an easy task. So far we never had any problems in the AF department as it is able to lock in quick on the subject regardless if its in bright or low-light scenarios. 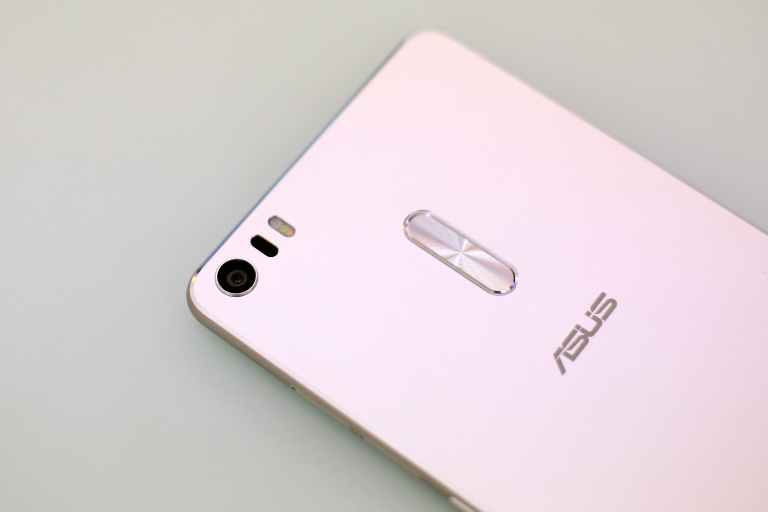 Images produced are of great quality with plenty of details and accurate colors. There’s 4-axis OIS on board as well to prevent shakes from ruining your photos. In dark situations, the dual-tone LED flash will suffice for illuminating close subjects. The front camera, on the other hand, has face tracking which is good for selfies. Image quality is decent, but gets peppered with noise when in low-light. Check out the samples below:

As for shooting video, the Ultra can record at up to 4K resolution at 30fps. You can also activate video stabilization at this resolution, unlike the Zenfone 3 which is only applicable when shooting in Full HD.

However, we’re not impressed with the video stabilization of the Ultra. Although there’s some “stabilizing” being done, it’s still shaky and not as smooth as the Zenfone 3. We think that it needs some software tweaks to achieve better results. Watch the sample below.

Powering the Ultra is a Qualcomm Snapdragon 652 octa-core CPU clocked at 1.8GHz, Adreno 510 GPU, and 4GB RAM (same specs as the Xiaomi Mi Max). It may not be as beefy as the Deluxe, but it is more than capable in handling light to heavy tasks including gaming. Animations are smooth, transitions are snappy, and fingerprint sensor is swift to recognize our prints. We played Asphalt Nitro and Eternity Warriors 4 on it and didn’t show any sign of lagging or choking. Take a look at the benchmark scores below: When it comes to connectivity, the Zenfone 3 Ultra has everything covered except for NFC. There’s 4G LTE, WiFi, Bluetooth, GPS, and FM Radio. There’s dual-SIM support with both slots supporting 4G LTE, but only one network can connect at a time.

No problems when it comes to mobile internet as it locks in to our mobile data as long we’re in an area with healthy 4G signal. The same thing goes with call quality as voices are loud and clear on both ends. Although using a phone this large for calls still feels awkward.

Providing juice to the Zenfone 3 Ultra is a 4,600mAh battery. Using it mostly for heavy social media browsing on WiFi, watching YouTube videos, light gaming, with light calls and SMS, it was able to last for almost a day and a half. 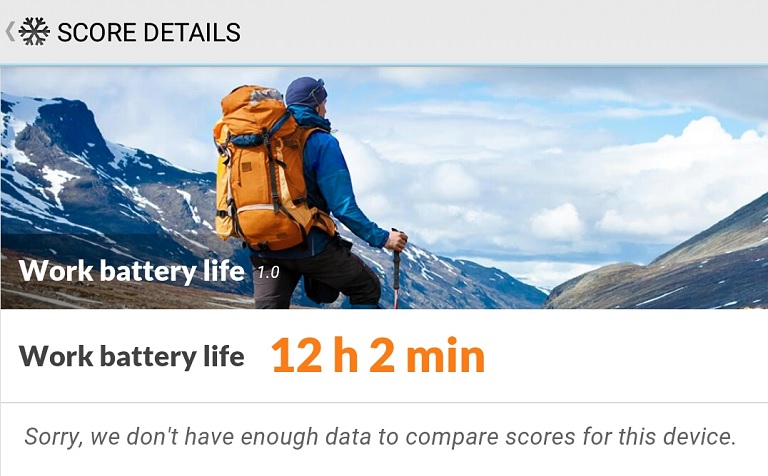 Using PC Mark’s battery bench, it performed very well at 12 hours and 2 minutes. On our video loop test (1080p video, Airplane mode, 50% volume and brightness with headset plugged in) it was able to last for 12 hours and 14 minutes. As for charging time, it takes 2 hours and 15 minutes to replenish the battery from 0 to 100%.

With the Zenfone 3 Ultra, ASUS is not only trying to redefine the phablet, but also wants to set a benchmark on what a multimedia powerhouse smartphone should be. With that goal in mind, the company decided to just supersize everything. And if you’re the type who’s looking for a smartphone-slash-tablet, the Ultra seems like the almost perfect device. 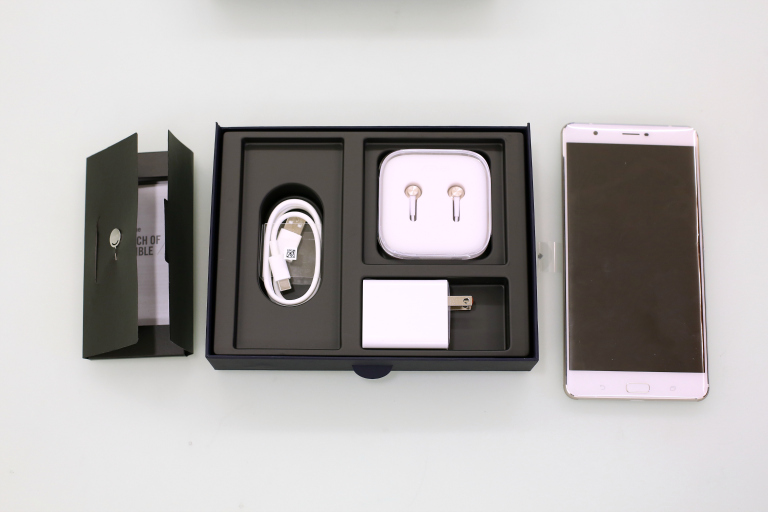 Cons:
* Expensive
* Too large for one-handed operation
* Video stabilization not as good as we expected

a head to head review (not specs comparison but review) between this and the a9 pro would be nice….