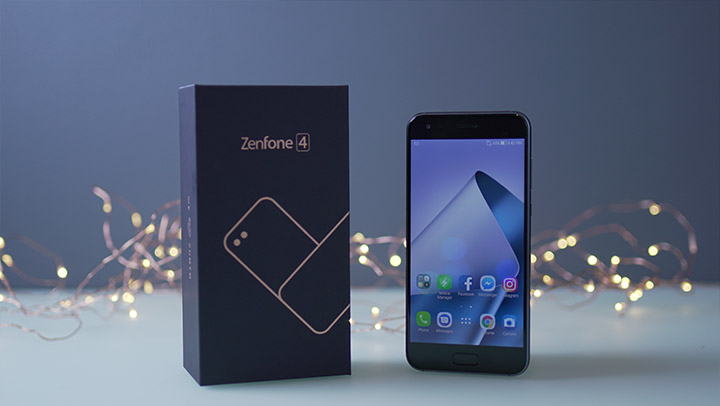 Let’s cut to the chase. The Zenfone 4 (SD630) looks exactly like the Zenfone 4 (SD660). It sports the same 5.5-inch display, donning the same premium aluminum unibody design with 2.5D glass covering the front and back panel. Holding the phone feels pretty good on the hands. It’s got a comfortable grip and comes with quite a heft. 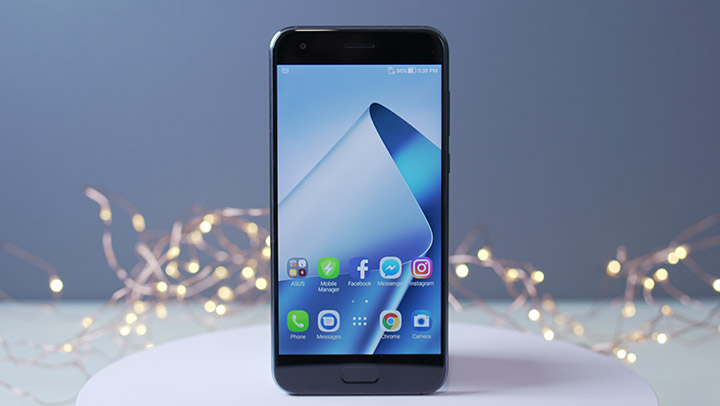 Up top, we have the 8MP front camera and the call speaker. Down below we have the home button (that also acts as the fingerprint scanner) and is being surrounded by the LED lit capacitive navigation buttons.

The power/lock button coupled with the volume rocker is placed on the right side of the device while its left side houses the hybrid SIM tray. 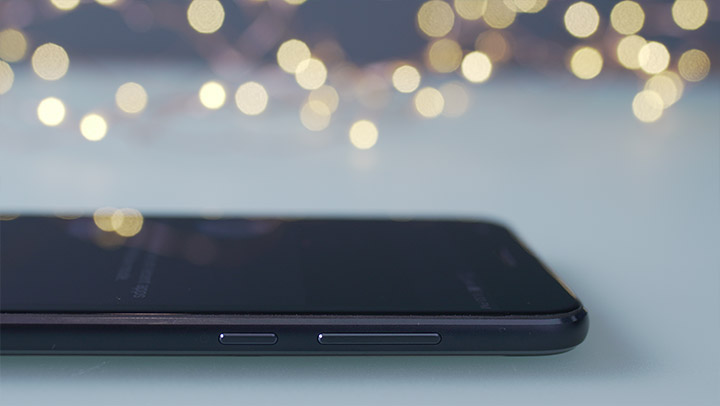 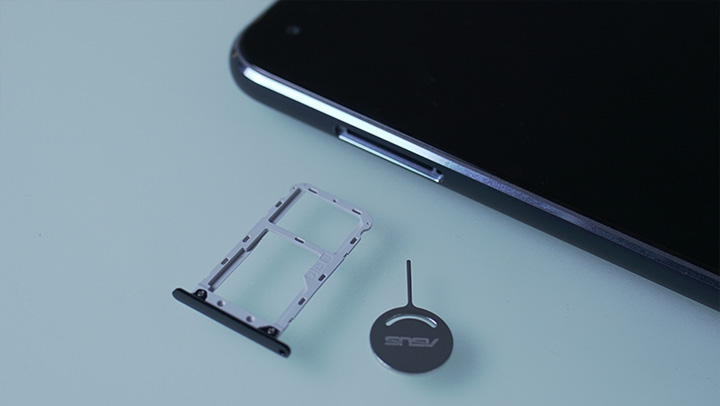 Above the device you will find its noise-canceling microphone and a couple of antenna bands. 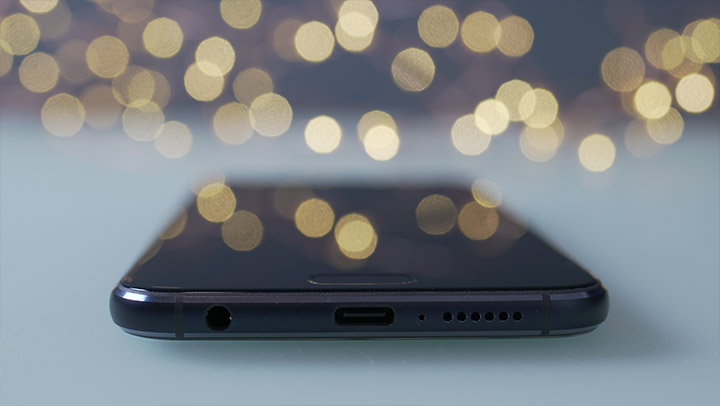 Below, you will spot another pair of antenna bands, USB Type-C port, speaker grille, microphone, and lastly, a 3.5mm headset jack. 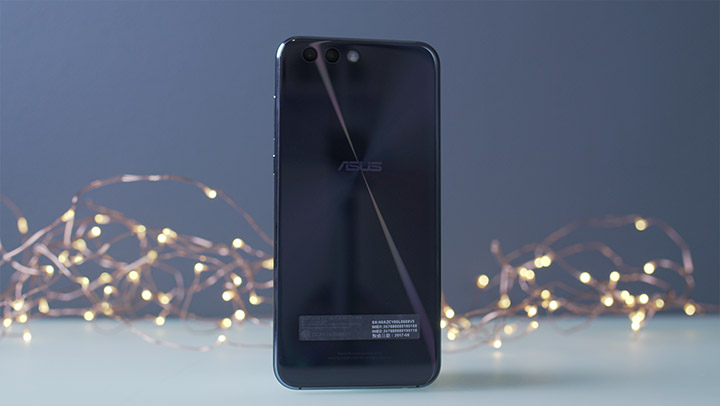 Turn on its back and you will see its glossy back which is definitely eye-catching. ASUS did a great job on its design, however, it’s still terribly susceptible to fingerprints and smudges but you do not need to worry as the device comes with a free jelly case. Apart from that, you will also see the 12MP+8MP dual rear cameras, LED flash, and of course the ASUS logo.

Just like its identical twin, the Zenfone 4 (SD630) has a 5.5-inch Super IPS display with a resolution of 1080 x 1920 pixels which equates to 401ppi. Its screen delivers vivid and accurate colors—just the right contrast and saturation. Viewing the screen in a bright environment is okay too. 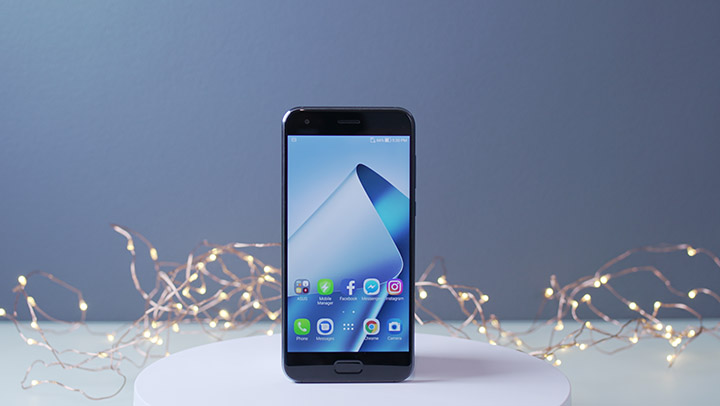 Audio-wise, the speaker is considerably loud but it lacks bass and sound quality seldom sounds a bit tinny when played at maximum level. Despite that, it’s still good for hands-free calls, playing games, and casual listening.

The Zenfone 4 runs on Android 7.0 Nougat with ZenUI 4.0. Although there weren’t any dramatic changes with its UI, you will be glad to know that ASUS got rid of its bloatware so you only get essential apps such as the pre-installed Google Apps, Facebook, Messenger, Instagram, and some proprietary ASUS apps. Of course, it comes with the usual Selfie Master App that lets you beautify your selfies, videos, and live streams, and Mobile Manager to optimize the device’s system’s overall performance, which includes data usage, power consumption, memory usage, storage, and privacy. 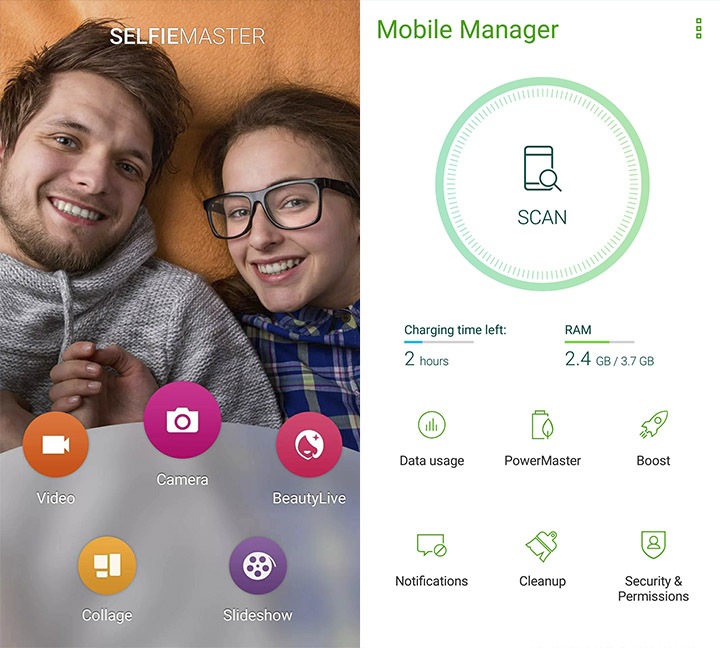 Out of 64GB internal storage, we were left with 51.06GB left to use. If this isn’t enough, you can always expand this via microSD card.

The Zenfone 4 offers a 12MP f/1.8 Sony IMX362 +8MP wide angle dual rear cameras with 4-axis OIS, Dual Pixel PDAF, and dual LED flash. Its front shooter is rated at 8MP with an aperture of f/2.0. Just like the rest of the Zenfone 4 variants, the device features a ASUS PixelMaster wherein you can pick a bunch of modes to choose from such as Portrait (allows you to have the artificially blurred background), Pro (manually control your setting before shooting), and Beauty Mode (makes your skin blemish-free). It also comes with nine filters to choose from. 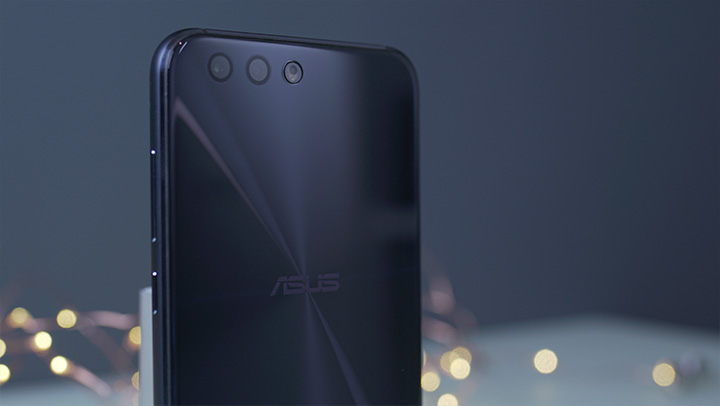 The main rear camera provided a better quality than the rear camera but still, photos came out pretty decent. Resulting photos look crisp and clear, especially when you’re shooting outdoors. It also performed pretty well in low-light situations given its wide aperture, though there are instances when photos get peppered with noise. Same goes with its front camera. It can get really good shots in well-lit environments but gets utterly noisy when shooting in low light.

As for video-recording, the main rear camera can shoot up to 4K at 30fps, while the secondary rear and front cameras can only shoot up to Full HD. So far, output videos look pretty good and sharp. It also performs pretty decently in low-light situations.

Here’s where the difference lies. This Zenfone 4 variant is powered by Snapdragon 630, and 4GB RAM. Despite its 30% decrease in performance, the device still performs pretty well gaming-wise and is capable of handling multiple tasks. However, there were times when certain apps (Instagram and Facebook) crash amidst usage. Though we think it could just be a bug on the apps themselves. The device gets pretty warm after long hours of usage but it isn’t something you should be alarmed of. We’ve handled worse. 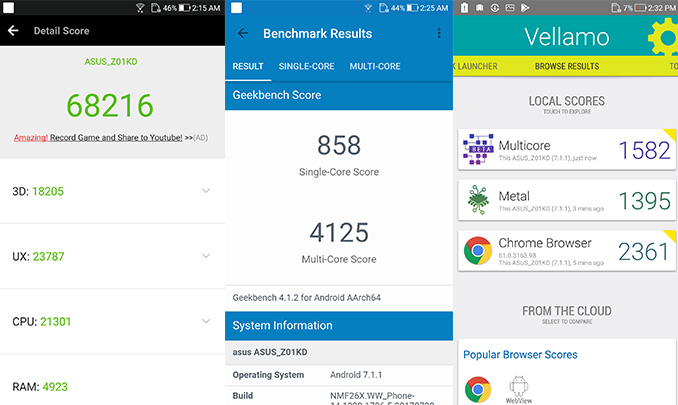 Here are synthetic benchmarks scores we got:

The Zenfone 4 covers basic connectivity functions such as LTE, Wi-Fi, Bluetooth, GPS, and NFC. Call quality is clear as long as you’re in area with good coverage. Navigating using Google Maps and Waze is spot on, and connecting to Wi-Fi and mobile data are pretty quick.

See also  An early look into the Samsung Galaxy S5 The Zenfone 4 offers 3300mAh battery capacity and so far, it can last an entire day of continuous usage. In our standard video loop test, the device lasted for 12 hours and 29 minutes. It also supports fast charging through ASUS BoostMaster and charging from 0% to 100% only took us 1 hour and 52 minutes.

Note: We weren’t able to get results from PCMark Battery Test as it keeps on crashing.

All-in-all, the Zenfone 4 (SD630) is pretty much similar to its more powerful twin – same attractive and premium build, Super IPS display, and good camera quality. The only difference is the slight decrease in performance. Still, this device is capable of handling multiple tasks and a worthy addition to the Zenfone 4 lineup.