Apart from BlackBerry’s line up for BB10 devices, they have just announced a new phone running BB OS 7 – the 9720. The phone is meant to ‘spark the conversation’ as it features the makings of a super social phone and a lot more. 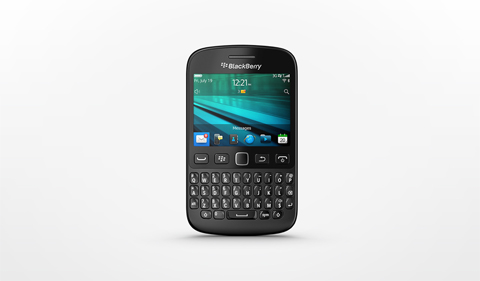 The phone features both touch and type inputs to cater to different needs, and just as you’d expect, BBM, Voice and all of BlackBerry’s signatures come with the device such as Enterprise Server. As for the necessities, BlackBerry has you covered as it already has deep social media integration, a 5MP camera, an FM Radio and a shortcut button for instant BBM.

The BlackBerry 9720 will be available in blue, pink, purple, white and black colors. Pricing and local availability is yet to be announced, but we’re pretty sure it will be priced below the Q5.

I’m impressed, I must say. Seldom do I come across a blog that’s
both educative and amusing, and without a doubt, you’ve hit the nail on the head.
The issue is an issue that not enough people are speaking intelligently about.
I’m very happy that I found this in my search for something regarding this.

This will be my next smartphone replacing my aging BB Curve 8520. I love dedicated hardware QWERTY keys on a smartphone. Okay lang kung old school ako at least happy ako.

Language programs IMHO most of them are cross platform like C, C++, C#, Python or even and Android App and SDKs.

@abed we have two ios devices in the house. 1 ipod touch (32gb) 4th gen and 1 iphone 4s only (16gb). I am not into candy crush thing. I go for shooting games like brothers in arms 2:global front, zombies gunship, iron force, dead trigger, dead space and of course the slash game infinity blade 2.

I’m still using a blackberry pearl 8100 (circa 2006) up to now. It still suits my instant push email needs and bbm as well. Alternately, i also use a sony ericsson aspen windows 6.5.3 (circa 2010) for music listening. Both operating systems suit my personal needs, apps or lack of apps. For mobile games, I use ios.

Masyado kasing mahal ang BB10 phones the Q5 itself nasa 15K pataas na, maybe its time to lower the price range of their products. The company is dying IMO.

abuzalzal adds traffic to this site. Could have been blocked by now if I own this site. Doesn’t bring value to discussions.

any mobile OS will never replace a full blown desktop OS. keep that in mind!

“I will spend my last dying breath if I need to, and I will spend every penny of Apple’s $40 billion in the bank, to right this wrong. I’m going to destroy Android, because it’s a stolen product. I’m willing to go thermonuclear war on this.”

I remember my former boss who’s bragging his blackberry and how much does it cost. Haha. But now only pathetic losers will buy this piece of failure. Long live android! :)

*bragging ABOUT his… , *how much IT COSTS. Mag tagalog ka na lang kase! Kadiri

Seems to be a nice gift option for my younger sister. The pink one will do.

Blackberry’s only chance to avoid its imminent death is to adopt Android, the most professional OS ever! BB OS is so like Windows, both are old-school tech kaya walang appzzz ang gamezzz!

You’re obviously a troll. I’ve always wondered why many netizens feed you.

By just reading at your comments here on Yugatech, I can clearly see how sad your life really is. You’re using the internet as your outlet as a facade to cover up your really sad life. I can feel the sadness of your solitude. How every night you wish you will wake up in another day where you will no longer feel all your frustrations in life.

You know this is true and I am now expecting another trolling from you. ;P

I wonder how you monkeys grew up and what food your parents feed you…you all belong to the zoo!