Can the Xperia Z5 family catapult Sony as a smartphone leader? For many years Sony has had its share of ups and downs in the smartphone market. They were a bit late to join the Android train many years back but when they did, they made a splash especially with the introduction of the water-proof Xperia Z. Others followed the path of making their flagship devices IP68 certified.

Yet, for some time, it seems that Sony has been playing catch-up in their roll-out. The design has been almost the same for the past 3 years and incremental upgrades in the hardware are not as impressive. Not until this week when Sony announced the new Xperia Z5 family. At the top of the heap is the Xperia Z5 Premium, the first smartphone to sport a 4K (quad-FHD) display. That distinction is as resounding as many other titles claimed by other brands before — first true octa-core, first with 4GB of RAM, first with 256GB storage, and many more.

Here is the comparison of hardware specs of the entire Xperia Z5 line-up.

The Xperia Z5 Premium is more of a show of prowess — just because they can. Packing 4 full HDs into a display just 5.5 inches across is indeed a feat.

For a long while the over-all look and feel of the Z1 right up to the Z4 were almost the same from a certain distance. Sony has made significant changes with the Z5 design to differentiate it from its predecessor. 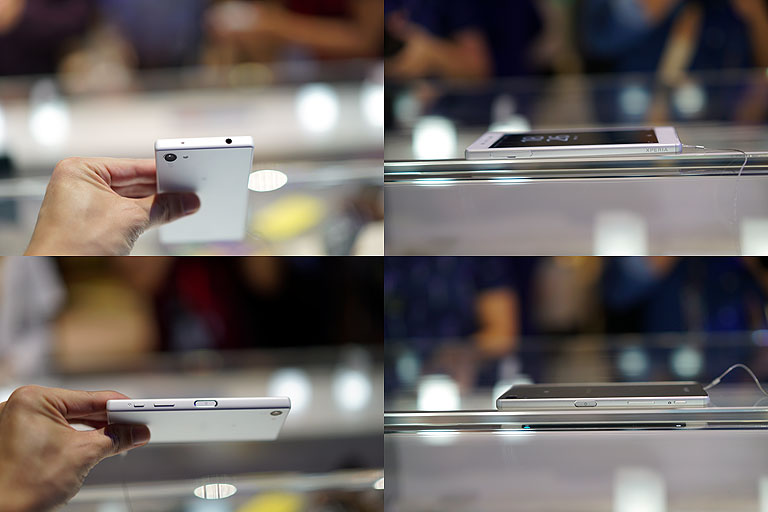 Ultimately, consumers will decide with their if these are enough to make the Sony Xperia Z5 the smarpthone to beat this year. Expect the Xperia Z5 line-up to be released globally in October and probably November in the Philippines.

By the way Sony is one of the Great Mobile Phone specially with their best after sales support. You want to know why try to buy one and go to service center.

What Iphone have a good user experience? I doubt it, kung sa features or other applications Android is the best I have both IPhone and Samsung and I much recommend Samsung specially with simplicity of used. One more big problem with IPhone in the Philippines is the support, My IPad Air was purchase in the Beyond the Box for 2 weeks ago then the power adopter became defective, since this is part of the warranty I go with the Authorized Service center. Guest what happened? They test my charger for 2 weeks then after the result of test they said that my charger is a fake (Oks a fake included in the box what the hell!!!) then I purchase a branded one in the PowerMac Megamall they dont want to open because it was sealed and need to purchase first. Oks I bought one for 1,199.00 php after I open the adapter… What is this the same with the fake one that you don’t want to replace. Guys go to service center and watch the reactions of the customer inside, kayo na ang magdeside kung bibili pa kayo uli ng Apple Product sa Philippines….

it has dual thermal tubes to dissipate the heat the dragon expels.
let’s see. I’m really looking forward to the Z5 compact