In the looks department, the Flame 2.0 is something that won’t immediately catch your attention due to its low-keyed design. It sports a black rectangular body with slight curves at the top and bottom. The sides are covered by a silver band with a brushed finish while the removable plastic backplate has a pearly gloss to it. 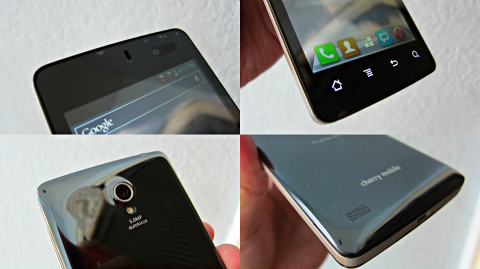 Overall, the Flame 2.0 is nicely built. It’s easy to hold, with a decent amount of heft and thin enough to easily slide in and out of your pockets. Even with its simple design, the Flame 2.0 exudes some sort of elegance. Actually, if you look at it at a certain angle it kind of reminds you a bit of the iPhone 4. 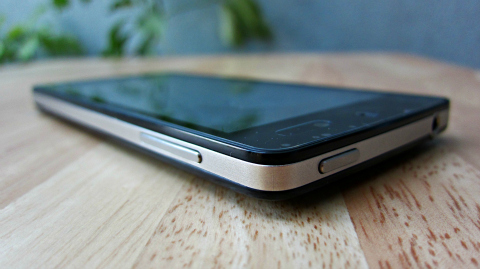 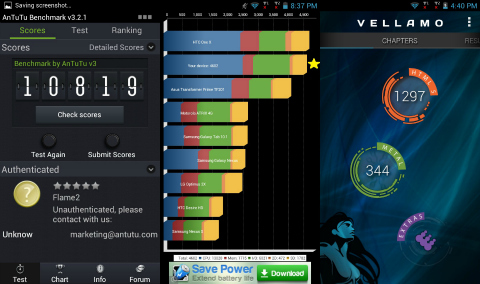 We tried playing a few games on the Flame 2.0 one of which is Temple Run 2 set in its best graphic quality. Watch our hands on video below: 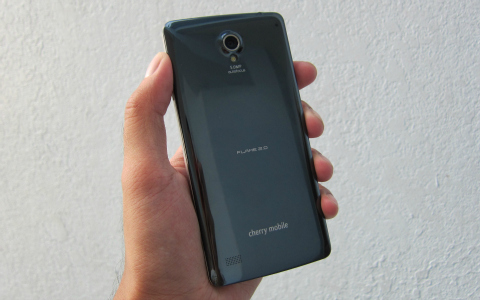 The Cherry Mobile Flame 2.0 has a price tag of Php6,999. Now if you think the 1,600mAh battery is a downer, Cherry Mobile will be giving out a free power bank when you purchase a Flame 2.0 until May 31, 2013. Check back on us in the coming weeks for a full review.

Never never never buy a cherry mobile. I agree it’s always lucrative as it packed with a lot of features and low price. As many visitors also has mentioned, it has hidden defects. I bought 3 cherry mobiles BURST. Two of them had to be sent to repair just AFTER A MONTH… THE OTHER ONE HAS A PROBLEM WITH SMS AND CONTACTS. (i have deleted all the old messages and no apps installed other than viber and skype. ) the problem is it hangs for more than 15 mins n i have to take out the battery every time. When someone sends me a msg, the screen lits up n i have to wait for 30+ mins to te recieve the msg. also the data connection is very slow, when compared to other sets/brands of lower config. it can’t even open a web page without taking much time. (tested with same sim/network on other sets). Recently i am also concerned with SAR ratio of this brand. While using, my ear gets a sharp uncomfortable feeling. Better to pay some money for a good fone set with low SAR than to use a cheap fone and high treatment cost for your epidermoid tumors.
The most irritating of this brand i experienced was the after sales and customer care service. They provide 6 numbers to contact for inquiry about the phone set sent to repair. I called on all of the given numbers at different hours of a day for a week and no one recieved it. It took me several visit to repair center that lasted 2 months to get back the phone sets. For the 2 months, I don’t have the money to buy a new phone and i dont have a phone that i paid for.(u just wasted your money!!!) Add the taxi fare for 5 visits to and fro from the repair center, it will give me a better set(had i realised that before, i would not have suffered so much). Now its been repaired, but still lags a lot n lot. SOmetimes after a long sleep(like overnight not in use), it will not wake up even after pressing the power key several times. I have to remove the battery n then restart. So much of the hassel to buy the phone. BEWARE !!!
[Guys i know this is not a forum or a cherry BURST review. I just wanted to shared my awful experience i face with this brand so that others dont have to suffer the same, AND of course don’t neglect the SAR. Please don’t bash me for this]

“ow if you think the 1,600mAh battery is a downer, Cherry Mobile will be giving out a free power bank when you purchase a Flame 2.0 until May 31, 2013. Check back on us in the coming weeks for a full review.”

Sorry dudes, saw a flare 2 today in a mall somewhere in laguna – NO FREEBIES.

I was at MOA last night to watch pyromusical & decided to drop by the Cherry Mobile store. Most of the blogs are saying there is free PowerBank upon purchase pero sabi ng clerk kagabi, it was a promo for early buyers and wala daw silang promo for the Flame 2.0 with free powerbank. FAIL!