How to Download and Install Pokemon GO on your Android Device

How to Download and Install Pokemon GO on your Android Device

As we have previously reported about the release of Pokemon GO in Android devices here in the Philippines, fans kept on asking how they  can play the game on their devices. Some users also reported that they are having trouble in installing the game with common errors such as “parsing error” and “black screen splash”. Downloading and installing the game is as easy as pie, check out our guide below:

First, we have to check if your device is supported. Here’s the official list of supported devices  for Android from Niantic’s website.

Next, download the APK file from APK Mirror. Note that this file is signed by Google, thus allows you to update the game in the Play Store when the new version is out. 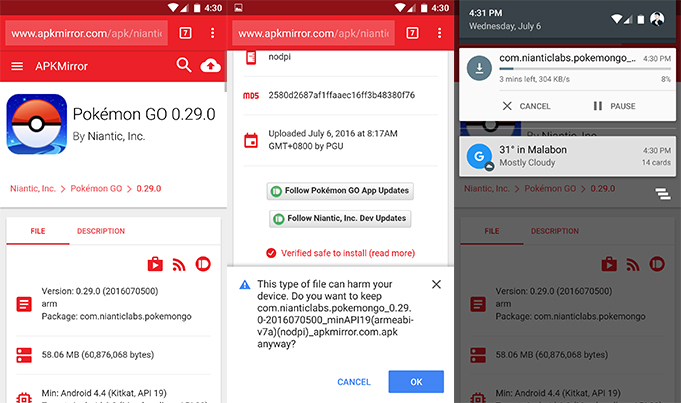 Then, Go to Menu > Settings > Security > and activate Unknown Sources to allow your phone to install apps from sources other than the Google Play Store. After that, select and install the Pokemon GO APK file. 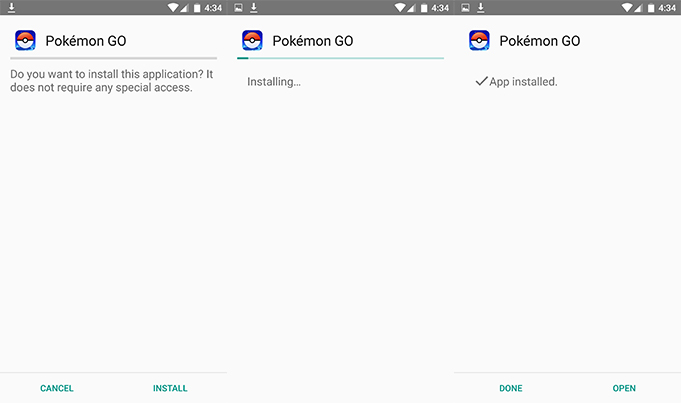 Finally, you could now have fun and enjoy playing Pokemon GO! Also, make sure both your GPS and internet (whether Wi-Fi, 3G or 4G) connection is strong to avoid interruption. If you are still facing some issues with game installation, let us know in the comment section below.

Update: Here are instructions on how to download to your iOS (iPhone and iPad).