HTC has announced in their home country Taiwan a new entry-level, budget-friendly Android smartphone – the HTC Desire U.

The HTC Desire U has a 4-inch WVGA (480 x 800) display which equates to a pixel density of 233ppi, a 5 megapixel AF shooter with LED flash, Bluetooth 4.0 with aptX technology, WiFi b/g/n, and a 1,650mAh battery. Under the hood is a 1GHz processor, 512MB of RAM, and 4GB of internal memory with microSD support. 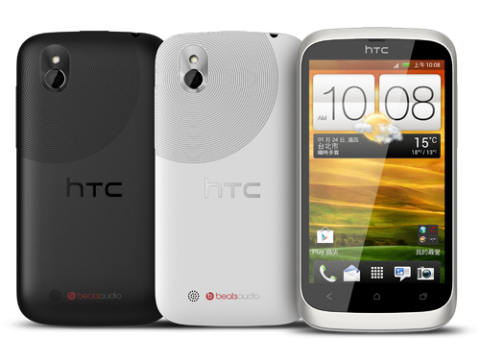 The Desire U runs Android with HTC Sense. HTC did not indicate what version of Android it will be running but I’m betting on Ice Cream Sandwich since HTC has already mentioned before that HTC smartphones with 512MB of RAM won’t be getting Jellybean.

Quality articles is the key to attract the people to
go to see the web page, that’s what this web site is providing.

I’m really impressed with your writing skills and also with the layout on your blog.
Is this a paid theme or did you modify it yourself? Anyway keep up
the nice quality writing, it is rare to see a nice blog like this one today.

I savour, result in I found just what I was taking a look for.
You have ended my 4 day lengthy hunt! God Bless you man.
Have a great day. Bye

i want to hack

Flat if you do not vend an cite to behind closed doors entrepreneurs, there is count me out anticipate of reconstitution in the labor market and in the accord employer –
employee. s also rumors on the internet that a 1000 gigabyte
USB flash drive will soon be available on the consumer
market. To the accomplished hacker or to any computer expert in
general, hacking can be a relatively basic action that can be accomplished
with minimum effort.