The HTC M7 leaked within the past few days, but it turns out the design of the device is far from what we’ve predicted. Today we stumbled across what seems to be the real thing. 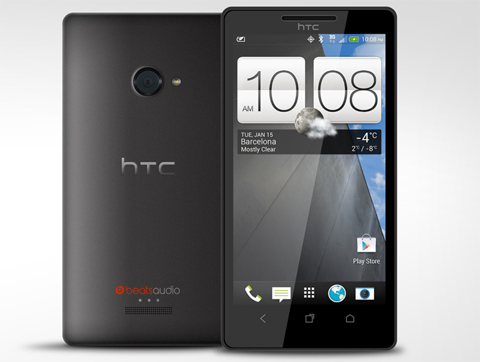 What’s noticeable from the leak is the new button arrangement as well as the new iconography which has HTC Sense 5.0 all over it. The date on the widget brings us to Barcelona, which definitely means we’ll be seeing some HTC goodness at Mobile World Congress 2013.

The earpiece is very similar to what HTC used with their Windows Phone devices. The render looks big and massive – and it packs those thick bezels as opposed to the earlier edge-to-edge display leak. While it definitely looks high-end, we can’t help but feel like it lacks in design compared to its predecessor, the HTC One X.

The HTC M7 is expected to pack a 4.7-inch 1080p display with a quad-core processor at 1.7GHz  and Android 4.2, skinned with HTC Sense 5.0. Expect all the good stuff from HTC as well, including the wide-angle front facing camera, ImageSense & Beats Audio.

Nice. If HTC manages to put a Large battery (removable) & a micro SD slot in there they could have a winner in this one. . .

LG Optimus G Pro.
see you at MWC 2013.
HTC phones has the weakest Battery life in the mobile world…

A very clean appearance. Thats what i want!

According to the previous info, it’s 600 dollars. We’ll have to wait a little longer for the official price.

No idea where this came from, considering MWC will be around Feb 25. Probably it’s the date when the press shot was made.