Barely two months after HTC unveiled their latest flagship smartphone, the Taiwanese firm now gives us the M8’s “Mini-Me” – the HTC One Mini 2.

Being a toned-down version of the HTC One 2014, the One Mini 2 doesn’t have all the bells and whistles that it’s big brother has. For starters, it has a smaller display which measures 4.5-inch diagonally and has a 720p resolution. 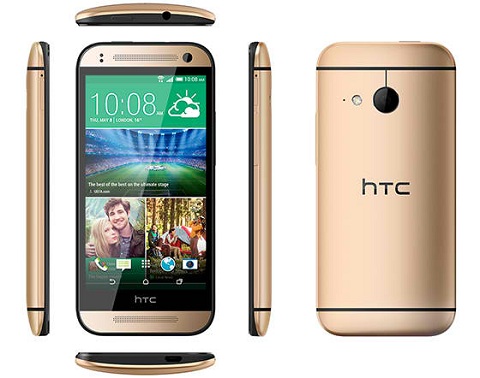 The handset runs on a Snapdragon 400 processor with 1GB of RAM and 16GB of on-board storage. It’s powered by a non-removable 2,110mAh battery pack which is concealed under its aluminum chassis.

Other notable features of the HTC One Mini 2 include a 13MP BSI snapper at the back, NFC and a micro-SD card slot; components that were noticeably missing on last year’s model.

HTC didn’t mention anything about the One Mini 2 during the launch event. However, they did mention their plans of launching the handset in June.

Thanks for one’s marvelous posting! I actually enjoyed reading it, you might be a great author. I will make certain to bookmark your blog and will come back at some point. I want to encourage you to continue your great writing, have a nice morning!

Someone has gone color blind.

Hahaha! The One Mini 2 actually has a better camera than the One M8! Screw that Ultrapixel gimmick!

I hope it will launch in the Philippines, if only i have money i will buy the best mini phone, Xperia Z1 Compact

Look at One Mini’s specs, it only has 1gb ram but can cater KitKat. Samsung S3 have the same memory but can’t upgrade their touchwiz to 4.4. I think Samsung should start removing most of their bloats in their skin or they will lose the market’s appeal in terms of updates.

@wew
Which is counter-intuitive. I mean if I had a Samsung phone that is guaranteed not to receive
an update, and I’m up for a replacement, why would
I buy a Samsung phone again.