Huawei also has their own set of Android smartphones that feature quad-core chipsets, namely the Huawei Ascend D Quad and the Ascend D Quad XL — both running on a totally new Huawei K3V2 quad-core processor.

Unlike Qualcomm’s Snapdragon S4 processor or NVidia’s Tegra 3 processor, Huawei customized their own chips based on ARM’s Cortex A9 architecture. 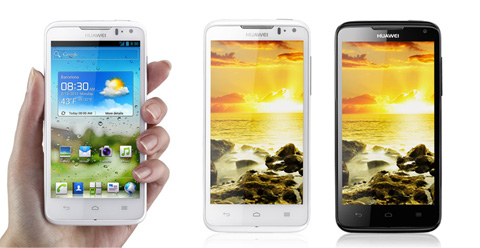 Of the two, the Huawei Ascend D Quad XL is the faster and more powerful one.

With the biggest capacity battery, the Ascend D Quad XL is only 10.9mm thin but the slimmer Ascend D Quad is pretty thin at 8.9mm (uses the slower 1.2GHz quad-core processor and just 1800mAh battery).

If Huawei could just push this product locally and sell it between Php20k to Php25k, then there might just be a market for it. Unfortunately, their track record for releasing their products in the Philippines isn’t that polished so I have doubts if they will ever release this locally.