Huawei has just made locally available its new Qualcomm-powered dual-SIM Android smartphone that costs less than Php3K – the Ascend Y210D.

The Huawei Ascend Y210D sports a 3.5-inch capacitive touchscreen display, 2 megapixel fixed-focus camera, WiFi 802.11 b/g/n, Bluetooth 2.1, GPS/AGPS, runs Android 2.3 Gingerbread, and is powered by a 1GHz Qualcomm MSM7225A-0-AB processor. It also has a 1,700mAh battery which Huawei claims to bring “30% more power than its competitors in its class.” 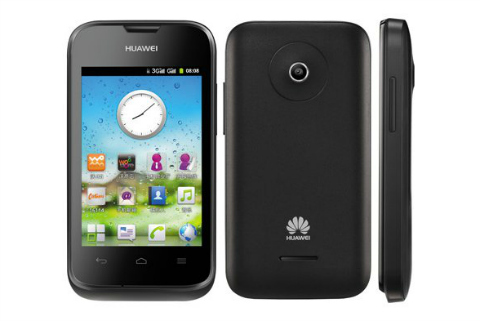 This phone is a good phone it was available here last month and surprised to know just 2 weeks ago that all items were sold in any shops here. I actually saw it the first week of its availability here and decided to buy it after weeks just to get some review first from those who bought it. Now, when I found out that it is a good phone to have I feel sorry for not buying it the moment I checked it. they say new items will be available next weeks and probably will line to get one this time.

I’l buy this for my daughter.

china phone, i’m not buying even if it’s affordable…

what phone aren’t “Made in China” by the way? :D even the lovely iPhone5 were made by chinks. Huawei is a Branded name in China (and hell popular throughout China). they were following the same policy in creating phones as well as those of Apple’s, Sammy’s or even Sony’s in the land of chinks. Maybe you need to check you Samsung Galaxy S3 where it made from? :D

i don’t own a phone…
but i’m using two phones…
nokia made from finland…
samsung made from vietnam…
so not all phones came from china, maybe you only need to check before buying…
if ever and there are alternative, i still will not buy a phone from them…
and don’t call other stupid when you don’t even know them…

made in china
Reply to  aaron

Good to know this phone.. lessthan php3k phone from huawei..

A quick search on Google says 256MB of RAM, though I’m not even sure of that, but at that price, yeah I’d say (it’s an HVGA screen too).

i won’t any android phone with gingerbread in it much less a bleak future for updates.

1GHz proc? Php3k price tag? 1700mAh battery? 3.5 inch display? The Chinese are on fire! Good job! Sad that it is only on Gingerbread though. But for its price, not bad at all.