Back in November, Infinix Mobility launched a new smartphone in the Philippines, sporting a 5.98-inch display, MediaTek Helio P25 chipset, 6GB RAM, dual-rear cameras, and a 4,350mAh battery – the Infinix Zero 5. Priced at under Php14K, does the Zero 5 have enough to stand out? Find out in our full review. 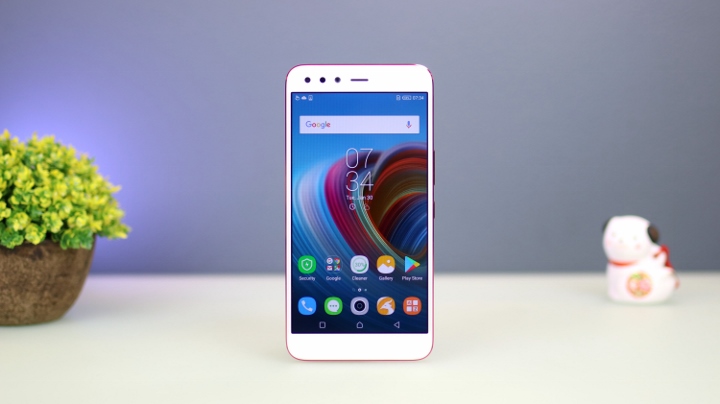 Before we dive into our hands-on, watch our unboxing and see what’s included in the package:

The first thing you’ll notice about the Infinix Zero 5 when you take it out of the box is its large footprint. It’s 166.38 mm tall and 82.38 mm wide. You can attribute it to its large screen at 5.98-inches. Not to mention the traditional 16:9 aspect ratio with thick top and bottom bezels. By comparison, it’s larger than the 6-inch Huawei Mate 10 Pro and 6.2-inch Samsung Galaxy S8+. 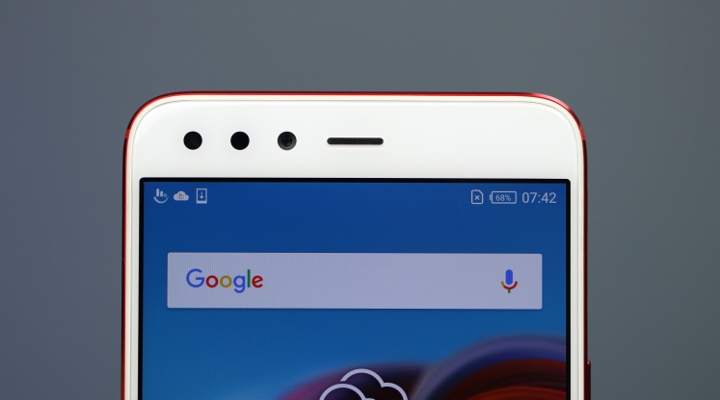 Located above the screen are the earpiece, sensor, the 16MP selfie camera, LED flash, and notifications light. The Zero 5 uses on-screen navigation so the bottom part is left unused. 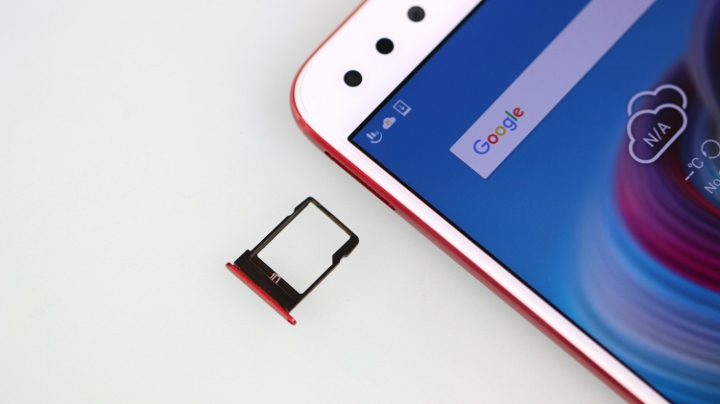 On the left, we have the dedicated microSD card slot. 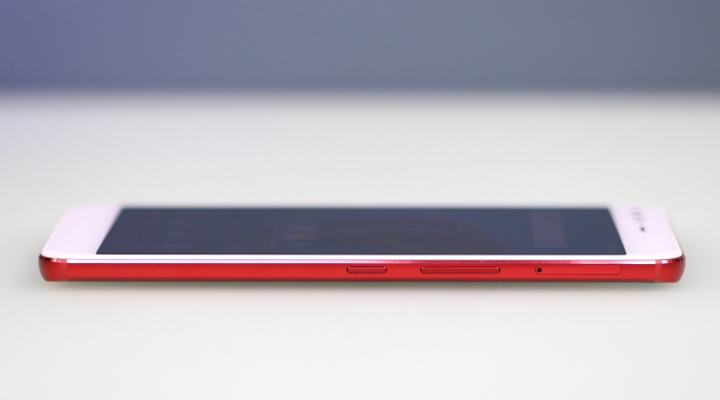 While on the right are the volume rocker and textured power/lock button, and dual microSIM card slots. Found at the bottom is the loudspeaker, USB Type-C port, main microphone, and 3.5mm audio port. 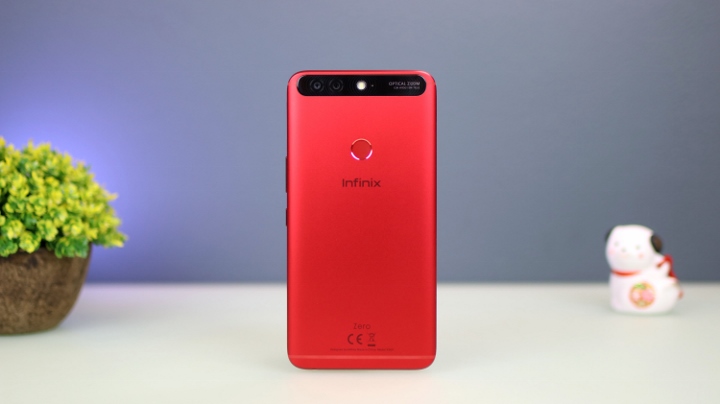 Flip it on its back and you will see the dual rear cameras consisting of a 12MP primary and a 13MP telephoto with 2x optical zoom, the LED flash, and the fingerprint scanner. 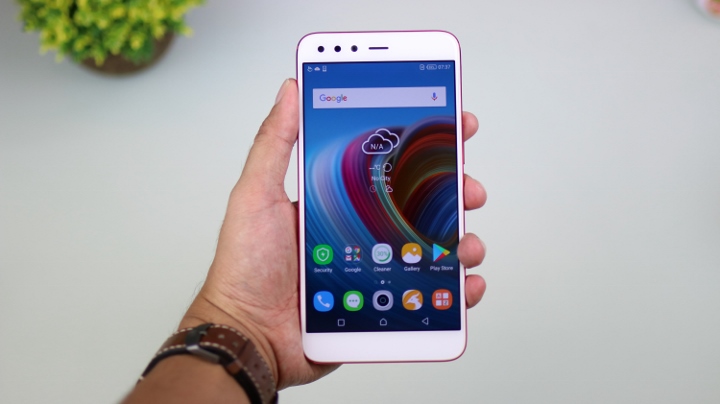 Despite the large size, the Zero 5 looks and feels premium and is nice to hold thanks to its metal body with tapered sides, chamfered edges, and 2.5D curved glass. The matte finish repels fingerprints and smudges well, while the Bordeaux Red color adds a degree of sophistication to its overall look. It’s hefty though, at 197g but understandable considering its materials and large 4,350mAh battery.

The screen has an IPS panel and Full HD resolution that produces a pixel density of 368ppi, which is still good for its size. This will suffice when it comes to watching videos, viewing photos, and gaming. It has wide viewing angles, decent outdoor usability, and accurate colors. For protection, it’s mounted with Corning Gorilla Glass 3 with a screen protector pre-installed. 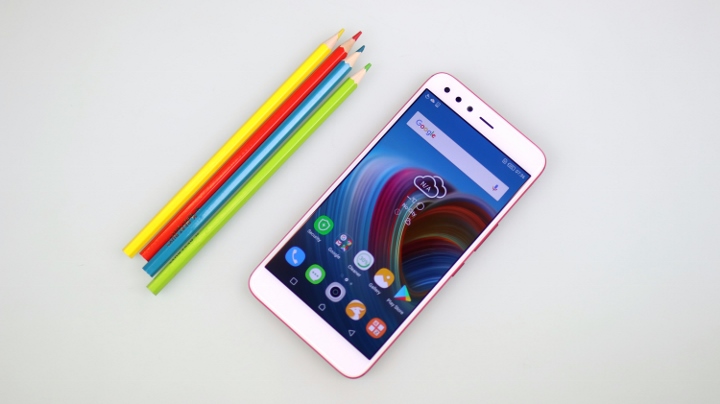 The down-firing loudspeaker is loud and crisp but lacks bass. Still, it’s good enough for casual listening, gaming or hands-free voice calls. But if you want a better listening experience, we suggest using the earphones included in the package or an external speaker.

One of the main features of the Zero 5 is its cameras consisting of a 12MP + 13MP AF rear and a 16MP FF front. The 12MP sensor is the main shooter while the 13MP sensor is capable of 2x optical zoom. The configuration allows the Zero 5 to take photos with “Portrait” effect or subjects with artificially blurred backgrounds. Users can also refocus the shot after taking it. 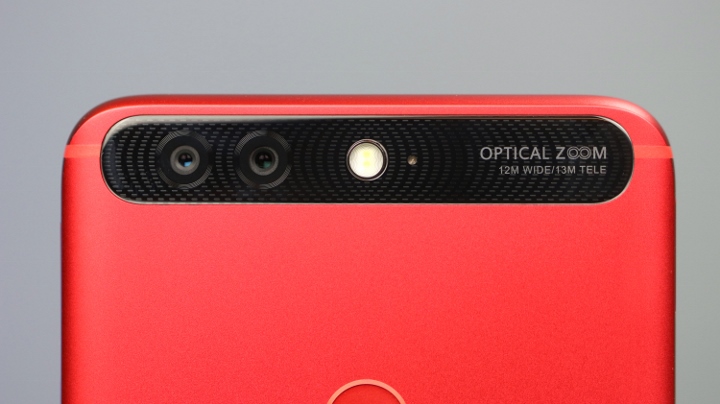 Other features include Beauty, Panorama, Night, Watermark, Time-Lapse, HDR, and Professional. The front camera, on the other hand, has extra features like Wide Seflie and Bokeh. 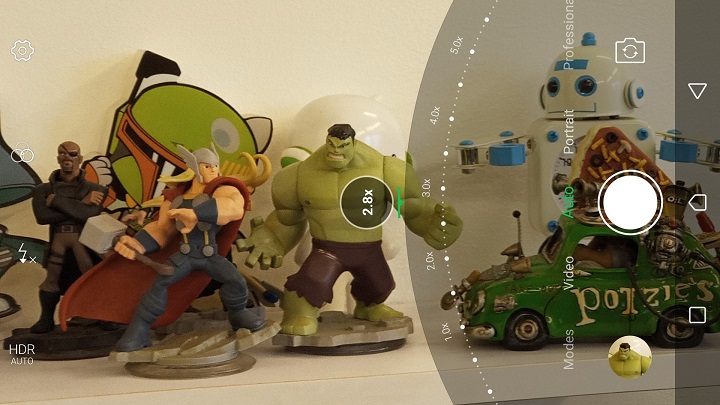 Images produced are sharp with accurate colors and good dynamic range. Autofocus is quick but tends to struggle when shooting really close subjects. Images captured by the 13MP telephoto camera are good as well but a bit darker compared to the main 12MP shooter. Zoom can extend up to 10x but it’s digital zoom so images come out grainy and lacking in detail.

As for the front camera, we’re not impressed with the quality despite the 16MP resolution. Images produced are soft while the fixed focus setup makes it prone to blurring. The bokeh effect works fine but not perfect which is evident if you look closely at the edges. 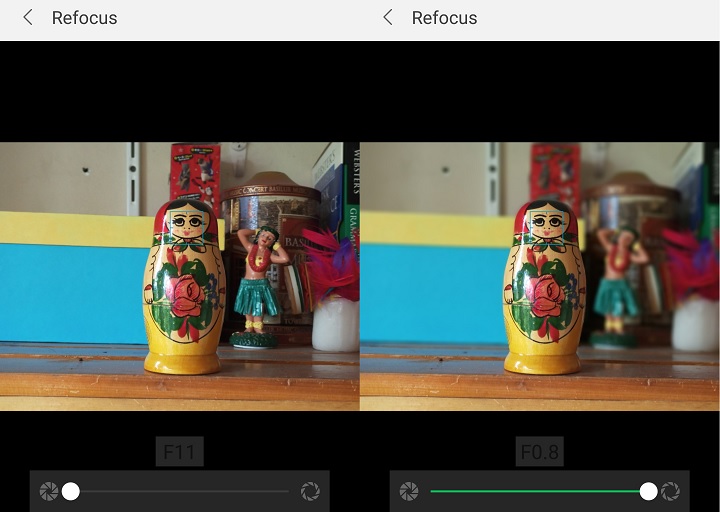 As for video recording, the Zero 5 can only shoot at 1080p at 30fps in MP4 format. Videos are sharp with nice colors and dynamic range but lack video stabilization so footages are susceptible to shakes.

Running the software of the Zero 5 is XOS 3.0 Hummingbird based on Android 7.0 Nougat with its own set of icons and wallpapers. It’s a simple interface that uses multiple home screens to house the apps but also has an app drawer which lists the apps in alphabetical order. 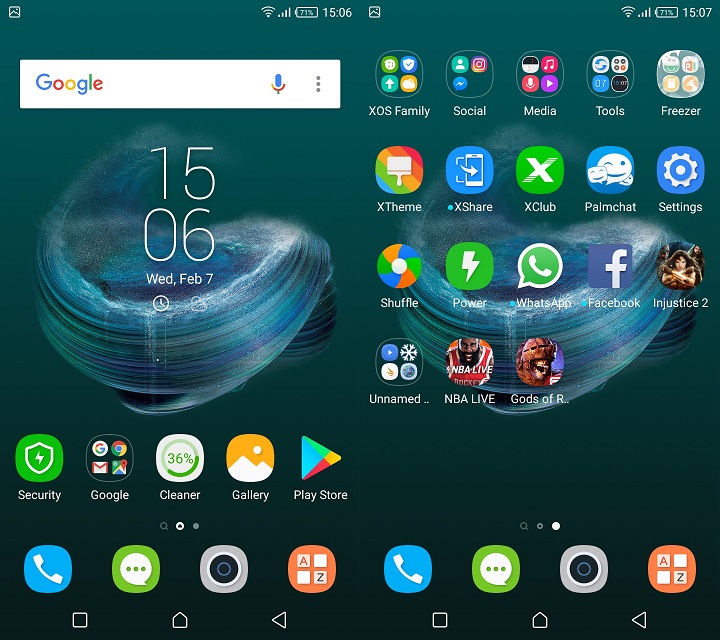 Some of the first things you’ll notice are the pre-installed apps. Aside from your usual Google apps, it comes with native XOS apps like Security which features Applock, Permissions Manager, and Phone Finder, Cleaner, XClub, XShare, and Freezer which freezes apps that are not always used to conserve battery. 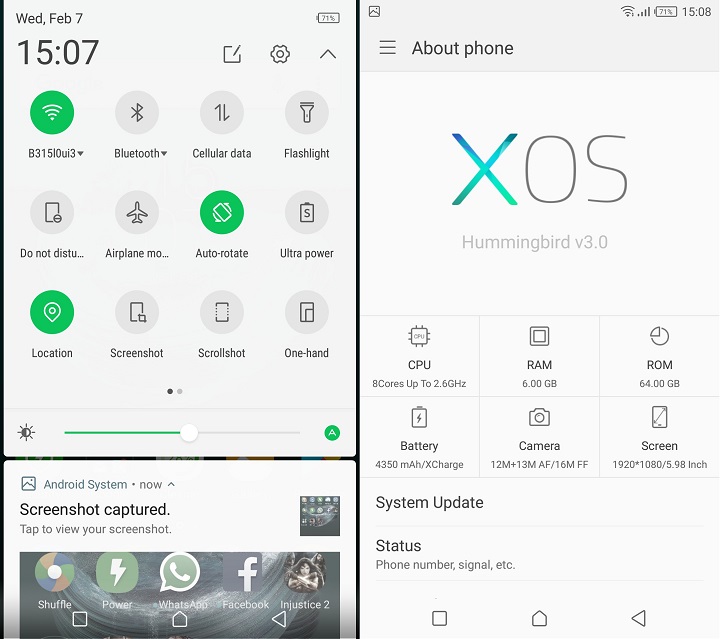 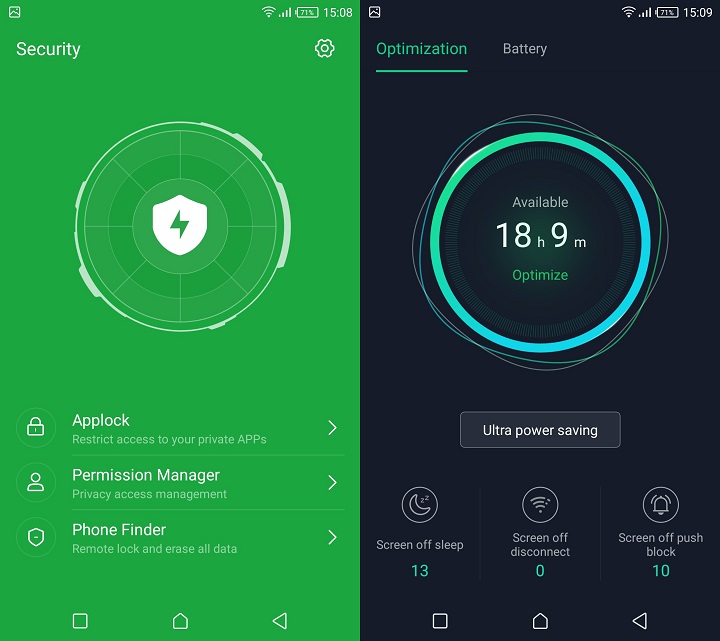 Storage-wise, you’re getting 53.08GB of usable space out of the 64GB which is not bad. Expanding the storage capacity shouldn’t be an issue thanks to its dedicated microSD card slot. USB OTG is supported as well and good thing the package comes with a USB-C to micro USB adapter.

Powering the Zero 5 is a MediaTek Helio P25 octa-core chipset, Mali-T880 MP2 GPU, and 6GB RAM. It yielded a score of 66,297 at AnTuTu v6 benchmarks which is not bad for a mid-range smartphone. So far performance is smooth, the fingerprint scanner is responsive, and we never encountered any app crashes or random reboots. Games like Injustice 2, NBA Live, and Gods of Rome run with ease even with apps running in the background. Take a look at the benchmark scores below. Mobile data is fast while call quality is loud and clear as long as you’re in an area with good coverage. Its location services are also working well as we had no problems using navigation apps like Google Maps or Waze.

One of the advantages of the Zero 5 over its competitors is its 4,350mAh. During our time with it, it was able to last us for a whole day of heavy usage, and often times with a little left to last through the whole night.

PC Mark’s battery test yielded 11 hours and 52 minutes, while our video loop test which involves playing a 1080p clip on loop in Airplane mode at 50% brightness and volume with headset plugged in, got us 19 hours and 44 minutes of playback which is really good. Charging, on the other hand, takes about 3 hours.

The Infinix Zero 5 is a solid contender in the mid-range market. It is an attractive option for users who are looking for a device with features normally found in more expensive offerings like premium build, huge display, capable processor, large RAM and battery, and dual-rear cameras. It would have been much better if it featured an 18:9 aspect ratio with slim bezels and a smaller footprint like its competitors. Then again, if you’re not nitpicking about that feature, the Zero 5 is worth the consideration. 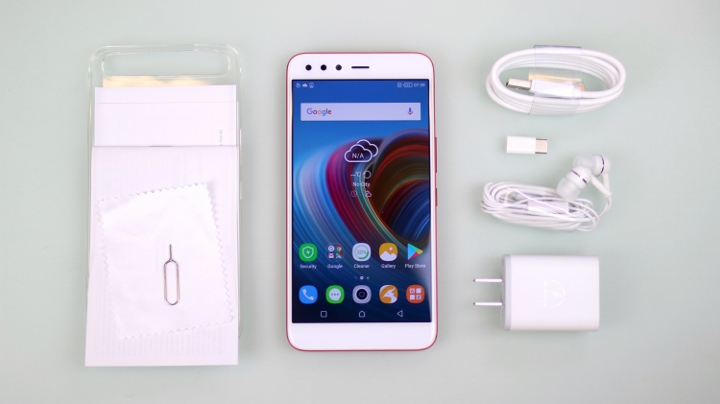 The Infinix Zero 5 is priced at Php13,999 and is now available for purchase at Lazada. See listing here.