An internal event for Lenovo’s upcoming flagship phone has been held and someone from the inside has been kind enough to take some photos of the device and share it with the rest of the world. Following the Vibe Z is the Vibe Z2 Pro which carries serious specs in a premium, metallic body. 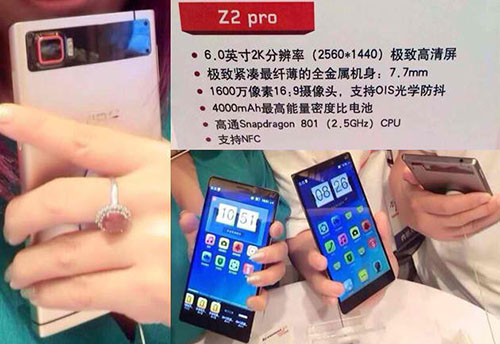 As mentioned earlier, the interior will be housed in a 7.7mm metallic body, and not just plastic like the Vibe Z. It’s nice to know that Lenovo is serious in catching up with the front-liners today by equipping their next flagship phone with top-notch specs like a QHD display seen on LG G3.

We still have no news on its pricing, but Lenovo has been known to offer respectable specs at a decent price point. Seeing the Vibe Z2 Pro real soon is possible if there was already a private event for it. We can also expect for it to launch first here in Asia before it gets to the US.

There’s an error and our aim was to have it corrected. And it has been corrected. To answer your question, may pambili ako pero hindi ito ang bibilhin ko. Ikaw na hindi marunong gumamit ng tamang punctuation marks meron ba?

How can the point be invalid when it is widely known in the tech industry that qHD is not the same as QHD? The title is misleading. If you don’t get that sir, that’s not my problem. Ikaw kaya magbasa ano? Malinaw naman siguro sa title pa lang?

yes qHD is quarter HD
while QHD is Quad HD. :)

It’s QHD and not qHD.