LG has recently launched a new smartphone in their homeland called the LG Gx which sports the same configuration as the Optimus G Pro but with some few added features.

Hardware-wise the LG Gx is a note-worthy handset sporting a 5.5-inch 1080p display with a Snapdragon 600 quad-core processor and 2GB RAM under the hood. Powering the device is a 3,140mAh battery pack which is neighbored by a 13MP autofocus camera on the back side. 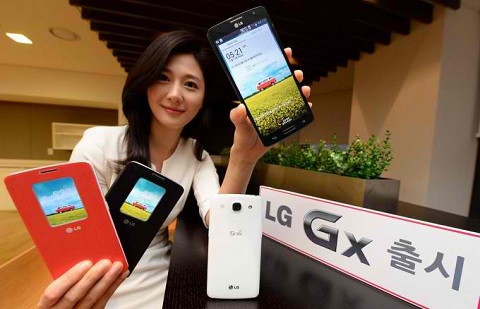 LG’s new smartphone is said to run on a skinned version of Android Jellybean which will occupy a portion of the handset’s sizeable 32GB default storage. On top of that, the handset is infused with some of the nifty software add-ons found on the LG G2 including “Knock-On” and “Q Remote” to a name a few.

The LG Gx is believed to make its official market debut early next year and will have a price tag of KRW850,000 or thirty-five grand in our local currency.