LG may be gearing up for its local launch of their flagship G6 by this or maybe next month, but that doesn’t stop the Korean Giant from releasing other devices in the country such as the new Stylus 3. 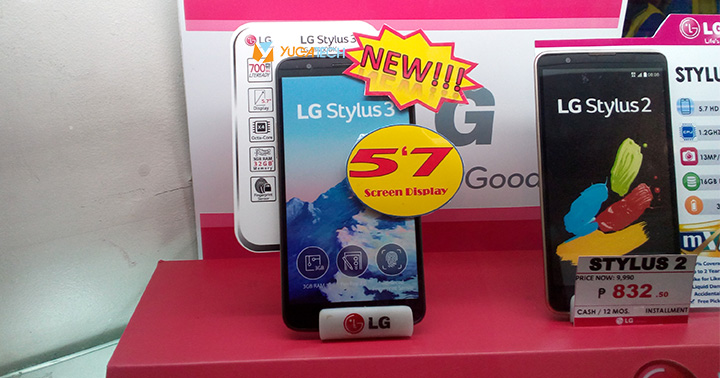 The Stylus 3 is a 5.7-inch smartphone equipped with a passive stylus with an improved writing experience courtesy of its 1.8mm diameter fiber-tip. It’ll also have a fingerprint scanner and enhanced UX with Pen Pop 2.0 and more dedicated apps meant to be used for the smartphone’s pen.

We happened to spot the newest device at a MemoXpress store sporting a Php12,990 price tag.

Author’s note: An earlier report stated that the Stylus 3 only had 16GB of internal storage. As rechecked, the device with an LG MD400K model bears 32GB of internal memory.