President Rodrigo Duterte had a rather unusual set of gifts this holiday season, one of which is from local smartphone brand Cherry Mobile and their entry-level J2s smartphone. 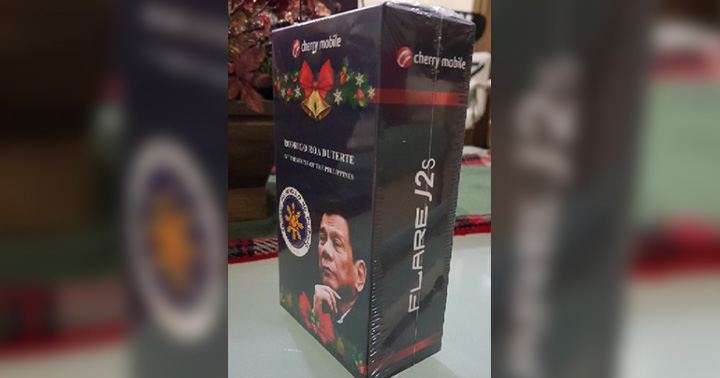 The Flare J2s, according to sources, have been distributed as a Christmas gift from the President and is very evident in its customized packaging. Nonetheless, it is still the same smartphone the local brand has released last year. 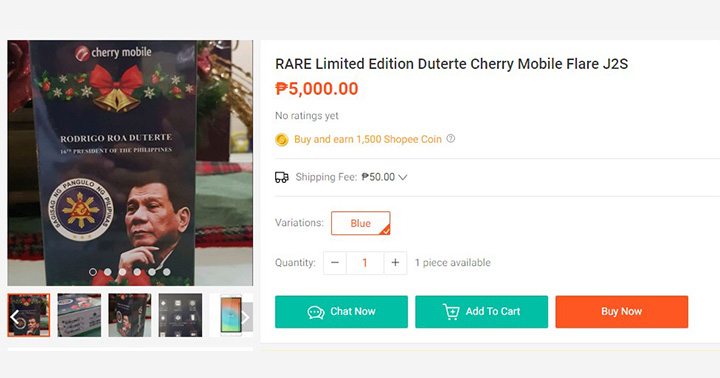 Screenshot from one of e-commerce site Shopee’s listings

We’ve seen several listings of the device online with price tags a lot higher than its Php2,999 SRP and can go as expensive as Php5,000. It’s not the first time local brands have collaborated with the government as we’ve seen them closely working with them in previous occasions. Do you want to grab one of these if it’s the case?

A supot phone to match a supot president.

Any word about redmi 5 and 5+ about their availability?