The Motorola Moto X 4th generation is a major refresh from the previous generations of the mid-range Moto X. This time around, the Moto X4 is made of metal chassis sandwiched in glass and protected by Gorilla Glass 3 both up front and at the back. 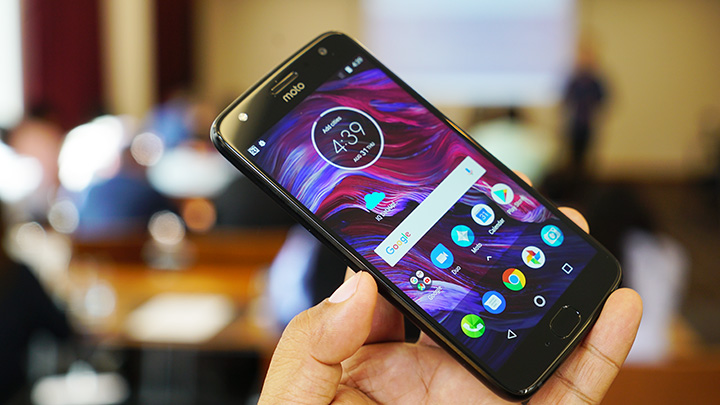 Motorola has been using AMOLED display for a while and this is replaced to an LTPS IPS LCD on the Moto X4. The 5.2-inch display has a sculpted 3D glass effect and layered with Gorilla Glass 3 on top.

On the right side are the power button and volume controls while the 3.5mm audio port and USB Type-C is at the bottom. At the bottom corner, up front, the physical home button also serves as a fingerprint scanner. 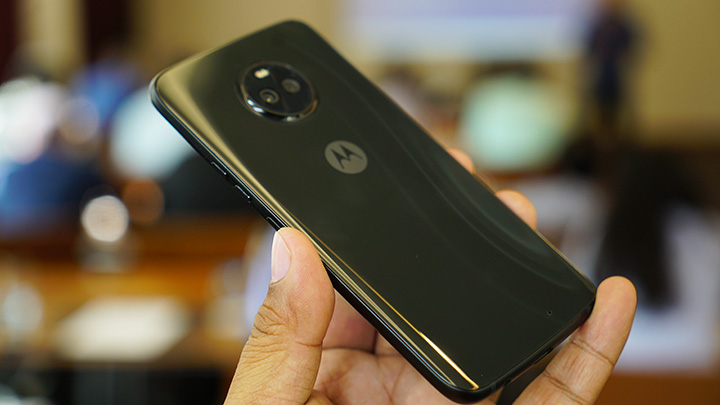 At the back, there’s a large protrusion for the camera module. This design is pretty much a signature for a lot of Motorola phones lately although the Moto X4 does not support the Moto Mods despite the likeness.

The back panel is a bit curved and tapers toward the edges. Since it’s made up of glass, it’s also glossy and a smudge-magnet. Biggest improvement so far for us would be IP68 dust and water resistance. The pair of cameras at the back compliments each other and is executed similarly to the LG G6 or the LG V30 where the second camera has a wide-angle field of view for shooting landscape or scenic subjects. With the two rear cameras working in tandem, it can shoot real-time selective focus after the image has been shot. The 16MP front-facing camera is paired with an LED flash and can take selfie panoramas (stitches 3 photos into one wide shot).

The Moto X4 runs on a Snapdragon 630 chip which is an octa-core processor that maxes out at 2.2GHz on each core. This is paired with 4GB of RAM and 64GB internal storage. With stock Android 7.1.2 Nougat running right out of the box, expect the Moto X4 to be snappy and responsive. One of the more unique features of the Moto X4 is the use of Bluetooth 5.0 to connect up to 4 Bluetooth speakers or headphones all at the same time. This is double of what the Galaxy S8 and Note8 are currently capable with its BT5.0 feature.

Motorola is positioning the Moto X4 as a well-rounded mid-range offering — nice design and materials used, good performance, great camera setup both at the back and IP68 rating for water-resistant. It could be a great alternative for people looking at flagship devices but don’t have the budget for it.

The Motorola Moto X4 will start shipping by end of September with an MSRP of €399. No details as to the release date and suggested retail price for the Philippines.

The display is IPS not AMOLED.