If you have read our article on “Top 10 Flagship Smartphones“, you will find the Motorola RAZR Maxx taking a solid spot. It’s an improvement to last year’s RAZR XT910, this time with a beefed up battery and an ICS update. Check out our full review after the break.

At first glance the Maxx looks like it is made of glass and metal. It has a grey chrome finish for the bezel and a gun metal finish for the majority of the surrounding areas. It will give you an illusion that it is very hefty device but it’s actually made of durable plastic to keep the device light. 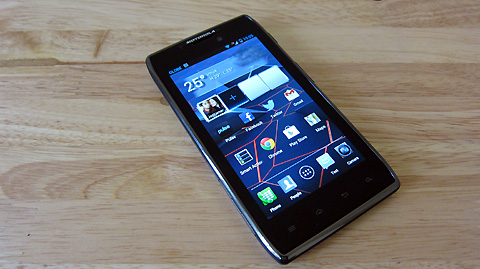 On the front is the 4.3-inch display, the earpiece, notification light, front-facing camera and four capacitive touch buttons. You will also notice that there is a small pinhole for the microphone where the capacitive buttons are. Iâ€™m not overly fond of it because it looked like someone poked a hole into the glass. 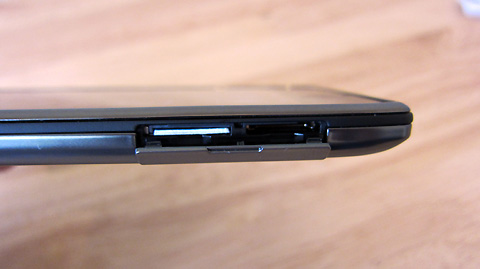 On top is the 3.5 mm headset jack, microUSB and microHDMI ports. On the right side is the power/sleep button and volume rocker while on the lower left side is a panel that covers the microSIM and microSD card slots â€“ a nifty design that is difficult to open if you have short fingernails. 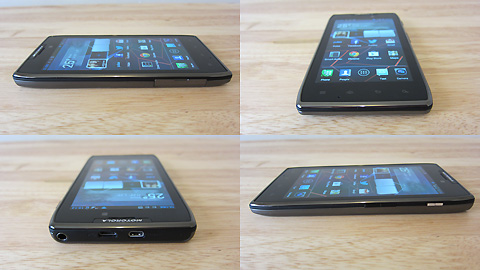 Flip the Maxx on its back and you will find the 8 megapixel camera, LED flash, loud speaker and another pinhole for the microphone at the bottom. The rest of the back is covered with DuPont Kevlar â€“ good for repelling fingerprints and scratches but very unlikely to be bulletproof.

The RAZR Maxx has a 4.3-inch qHD Super AMOLED Advanced display with a resolution of 540×960 at 256 ppi topped with Gorilla Glass. Not one of the best displays Iâ€™ve seen for a screen of that size. Pixels are evident, the screen is a little too vibrant and the colours are saturated that it sometimes hurts the eyes. 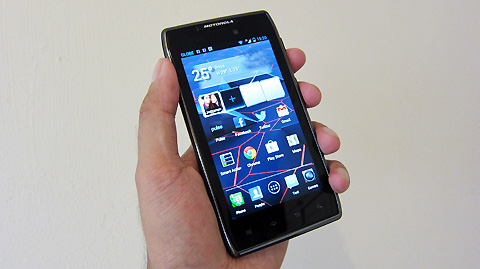 On the good side, the wide display has true blacks and good sunlight legibility. The 256ppi is already decent but we’re expecting somewhere north of 300ppi for it to be at the same retina-like display resolution as the other flagship phones.
â€ƒ
UI, Apps and Multimedia

Out of the box the RAZR Maxx was running Android Gingerbread but we were immediately prompted with the Ice Cream Sandwich OTA update. Motorola left the UI almost untouched but MotoBlur will make itself known when you start using its social networking apps such as Social Location. There’s also the MotoCast service which enables you to sync files, images, videos and music from your computer to your phone. 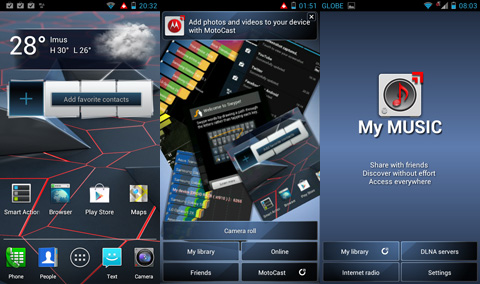 Iâ€™m glad that Motorola didn’t fill the device with bloatware and just included those that are useful. There are pre-installed apps such as those powered by Citrix for those who want to keep in touch with their businesses and Motorola’s own Smart Action app that helps you schedule automate the RAZR Maxx actions. As for multimedia, it’s Android Ice Cream Sandwich so media playback is not an issue.

The Razr Maxx carries an 8 megapixel shooter with auto-focus and LED flash. The camera can produce sharp images provided that light is abundant. However, shots taken indoors or during a cloudy day appear duller and gloomier than normal. For low-light conditions the LED flash does a good job and illuminating the subject three to four feet away. 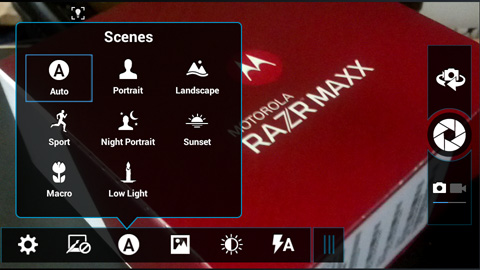 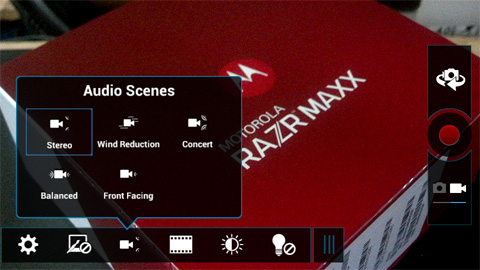 Shutter speed is quick during bright conditions but for low-light I suggest holding the camera steady for another second after hearing the capture sound or else you’ll end up with a blurry shot.

For video calls, it has 1.2 megapixel front-facing camera. The rear camera is also capable of shooting videos with 1080p resolution at 30fps.

You can check the sample video below:

UI performance is snappy with smooth transitions. No noticeable lags but it usually occurs when launching games. Bejeweled 2 and Fruit Ninja sometimes freeze for two seconds at the start but everything else seem to work seamlessly afterwards. From the way it looks, the dual-core processor handles everything smoothly. 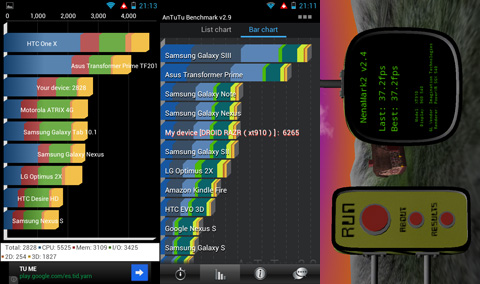 The RAZR Maxx has the PowerVR SGX 540 to handle the graphics, giving it a score of 37.2fps.

Call quality is great. I made a call outdoors during a very windy day and the person on the other line heard my voice very clearly without the background noise. 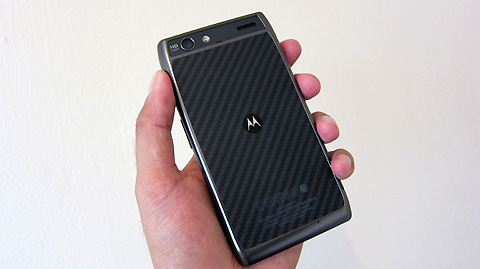 The 3300 mAh battery is a massive treat. The RAZR Maxx managed to stay alive for three days with constant WiFi connection, music playback, regular texting and a few hours of calls. If we add watching movies and a few hours on 3G to the mix the device lasts for a little over two days which is still good.

However, the battery suffers when you start playing games. I played Bejeweled 2 and Temple Run for two hours and the battery is down to 75%. If you need to save on juice, you might want to reduce your gaming time. The Motorola RAZR Maxx can be bought at Widget City for Php 23,800 (see listing here).

Excellent post. I was checking continuously this
weblog and I’m impressed! Very helpful information specially the remaining section :
) I take care of such info a lot. I used to be seeking this particular information for a long time.
Thanks and best of luck.

Widgetcity is a reliable shop?

If you don’t mind the following:

These are just to name a few, and these are the very same reason they can offer devices at such a very low price, they don’t pay taxes, no legal identity, sells illegally brought (smuggled) devices. If you don’t mind the aforementioned, then go for it, don’t say I did not warn you.

I was a Motorola Droid razr Xt910 user. I got picked pocketed last month, and have to buy again with the same model. Sad to say, after a week, Maxx was released at Widget City (same shop where I bought my 2 droids). It was really frustrating, coz the problem in xt910 user were solved in maxx, which is the battery.

Anyway about the screen, I find it very bright and clear, so you have to lower the brightness down.

The camera shot is somewhat slow due to it auto focus (I got alot of blurry shots of my kid.)

I am not sure about the plastic built of the device. What I know its an all aluminum frame with thin strip of hard rubber for grip. Probably the plastic part is what frames the screen.

Yep, I am using the different model, but maxx and my model has only different capacities of battery, over all, they have the same specs. :)

I’d like to have this phone, but the imaging quality just kills it for me. :(

Might as well get a Sony Xperia S, now that Android 4.0.4 is available for it.

It is a great phone in my opinion.

The idea of using kevlar instead of other alternatives such as carbon fiber is brilliant since it diminished interference with signals sent and received by the phone.