O+ is set to launch its 360 HD today that carries a 5-inch display with HD resolution, quad-core processor, and 1GB RAM for under Php6.5K. 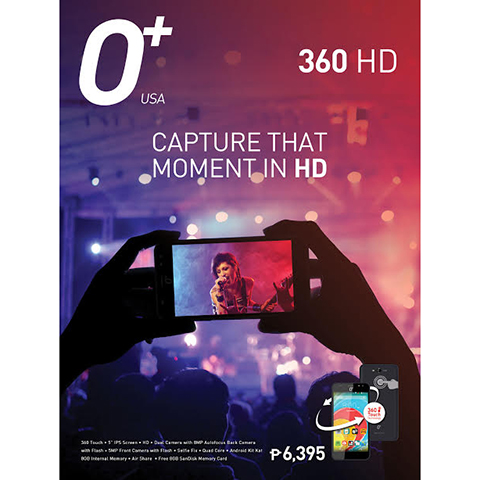 The O+ 360 HD is looking to be an image-centric handset since it has a front flash on top of the rear so you can take better selfies in low-light situations. It will be priced at Php6,395 once it launches today.