OnePlus 5 gets a full appearance in a TV ad

The OnePlus 5 is already scheduled to be announced but we already know a lot about it. From its physical appearance, specs, and estimated pricing. To add to the preview of the phone, Amazon India has started advertising the phone on television. 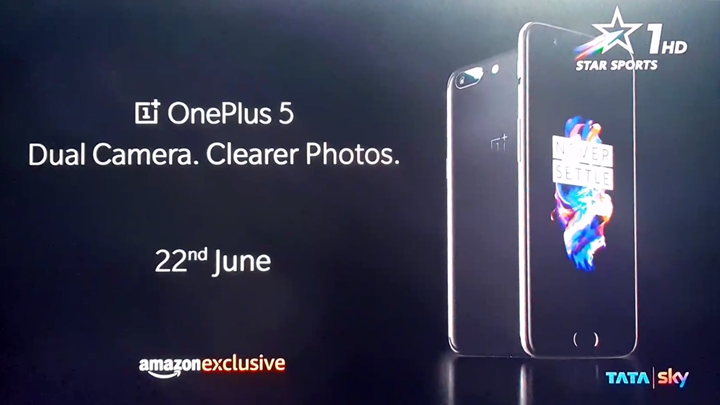 The short teaser commercial for the device was aired to the viewers of the ICC Champions Trophy cricket tournament finals. It features OnePlus India brand ambassador and Bollywood star Amitabh Bachchan unboxing what looks to be a OnePlus 5 which then, later on, revealed a full animated render of the phone.

The phone is in line with the leaks, showing off a design with curved sides, dual cameras at the back, antenna lines at the top and bottom, and a front fingerprint sensor. It extremely looks like an iPhone 7 Plus, no doubt.

The OnePlus 5 is slated for an official unveiling on June 20 and will launch in India on June 22 as shown in the video.