OPPO is set to launch the new F7 series of smartphones in Myanmar, and a TVC from the said country has just confirmed another variant called the F7 Youth. 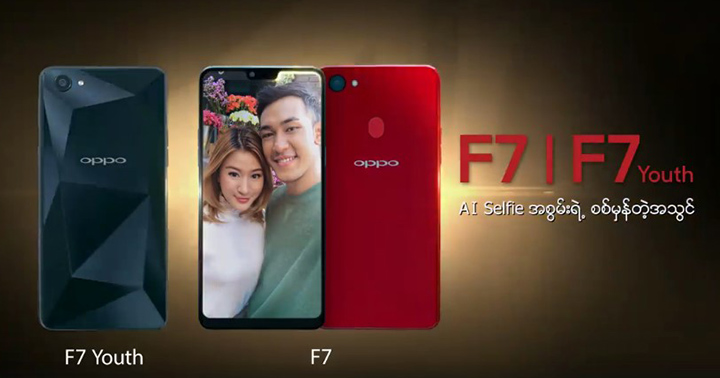 This also coincides with information from a poster seen last March before the phone series was officially launched. The F7 Youth is presented with a diamond cut design at the rear that clearly resembles the Diamond Black F7, the recently-announced A3 in China and the upcoming Realme 1 in India.

If we’re looking at the TVC, the upcoming device also sports an AI-assisted selfie camera on top of the features it would have, and a single rear camera akin to the beefier F7 and F7 128GB. The rear fingerprint scanner seems to be missing, too.

We’ve yet to know the OPPO F7 Youth’s hardware nor price as it is expected to launch in Myanmar later this month. Stay tuned.