Ramos Q7 is a 7-inch Phablet Running on Windows Phone 8.1

Ramos, an OEM based in Shenzhen China, has recently unveiled a Windows Phone phablet dubbed as the Q7. It features a 7-inch IPS display and packs a sizeable 4000mAh battery. 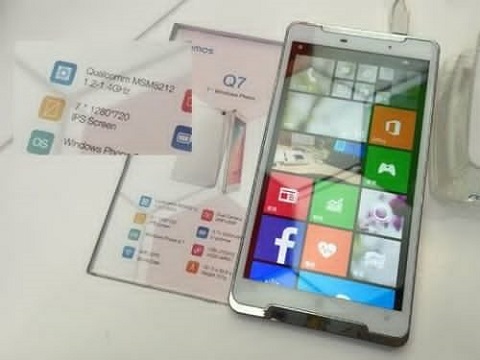 As its feature set suggests, the new Ramos Q7 is aimed at budget-conscious consumers who want a Windows Phone phablet with a beefy battery pack.

There’s currently no word if the Q7 will ever make it out of China, but we won’t be surprised if this smartphone lands locally through one of the local brands.

The Estrada Q8 is actually a dumbphone. Specifically made for the masses.

Why not launch a Ramos Fidel e-cigar to add to the roster?

if they would be rebranded here, i think starmobile would consider them again, just like the engage 9i