The Realme 3 is just around the corner, and our readers have been asking us to other crowd favorites, and one of them is the Redmi Note 7. Which one has the upper hand in terms of specs? Read on to find out! 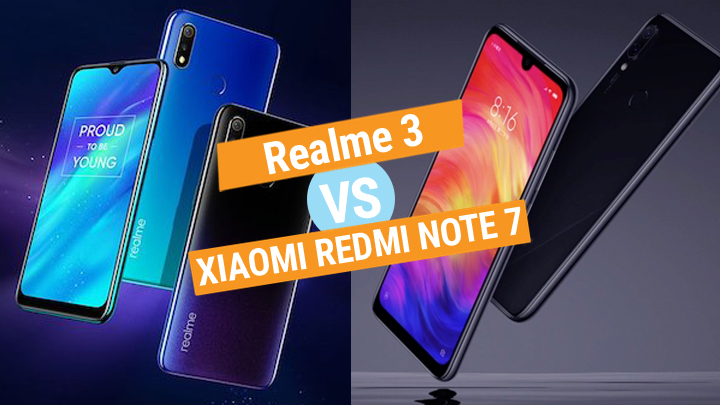 Author’s Note: I chose the Redmi Note 7 with Snapdragon 660 chipset and 48MP Samsung GM1 rear camera because this is the device that launched in the Philippines.

Display-wise, the clear winner here is the Redmi Note 7 given that it provides a higher screen resolution as compared with the Realme 3. Both devices have a Gorilla Glass protection, but the former has the stronger version, making it the overall winner in this aspect.

We have compared Realme 3’s Helio P60 and Redmi Note 7’s Snapdragon 660’s chipsets and based on the benchmark scores that we have; it shows that the former has a faster speed in terms of PC Mark’s Work 2.0 test while the latter performs better in Geekbench. Check it out:

The data above also shows that the Redmi Note 7 is better in terms of gaming performance, but that doesn’t mean that the Realme 3 can’t run moderate to heavy graphics games.

The Redmi Note 7 may have a higher number of camera resolution. However, its 48MP Samsung GM1 sensor uses pixel binning which is equivalent to 12MP. We’ve yet to know which device will be performing better in terms of camera quality, but we’ll update this article once we get our hands on the Realme 3 and test its performance out.

For features, the Realme 3 comes with a dedicated micro SD card slot which is a great addition given that users want to expand their storage without compromising their SIM 2 slot. The Redmi Note 7, on the other hand, has a higher version of Bluetooth technology, USB Type-C, and faster wireless speed (Wi-Fi ac).

In terms of battery performance, The Realme 3 carries a slightly larger battery capacity and based on the battery benchmark scores that we got from both devices, it lasts longer than the Redmi Note 7 but not by a wide margin. Battery life is measured based on main factors such as the display, chipset optimization, operating system, and battery capacity. Given that the former comes with an HD+ display, I expected that it would’ve lasted longer than the latter’s FHD+ one. Also, the Helio P60 comes with a 12nm architecture while the Snapdragon 660 has 14nm which means that the former offers a more power efficient chipset.

Here are the prices of each variant:

Both smartphones are the best choices right now in this price range but I suggest that you go with the Realme 3 given that it’s the most affordable device in this comparison (3GB + 32GB variant). However, given that both 4GB + 64GB variants have the same price, the Redmi Note 7 is the more attractive option especially if you want faster connectivity, USB Type-C, and better gaming and viewing experience. Although, you can go for the Realme 3 if you want a faster performance (based on PC Mark), dedicated expandable storage, and longer battery life.

i’ve seen some realme3 vs note7pro camera comparison on youtube, and i found out that R3’s shots are better than RN7pro’s.. deyum its so confusing.. Ahm anyways, can you do your own camera test regarding these devises? tia..

Resellers of the Redmi Note 7 have been pricing it at 13k-14k. I’m sure a lot of people bought from them. Should’ve just waited for the official release.

Dear lord, the Redmi Note 7 has PIE out of the box: https://www.gsmarena.com/xiaomi_redmi_note_7-9513.php. This has been called out way too many times already.