For the past couple of years, the realme C series has been there for a lot of budget-centric consumers. We’ve seen the realme C1, C2, and C3. And now, kicking off the second half of 2020 is the realme C11, which is actually positioned lower than the C3, adding another tier to the entry-level hierarchy. Well, how does it stack up? Let’s find out. 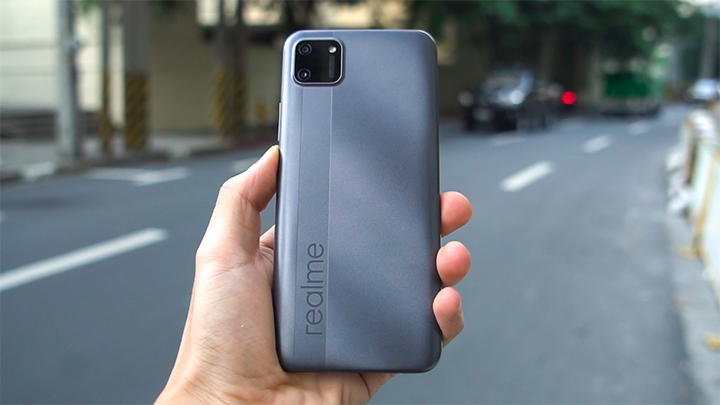 Right from the get go, the realme C11 can almost be mistaken for a premium phone. We have a large 6.5-inch display, a thickness of 9.1 mm and comes in at a weight of 196 grams, which feels very comfortable to hold in the hand. The unit that we have now comes in Pepper Grey, but there is a more colorful Mint Green version as well. 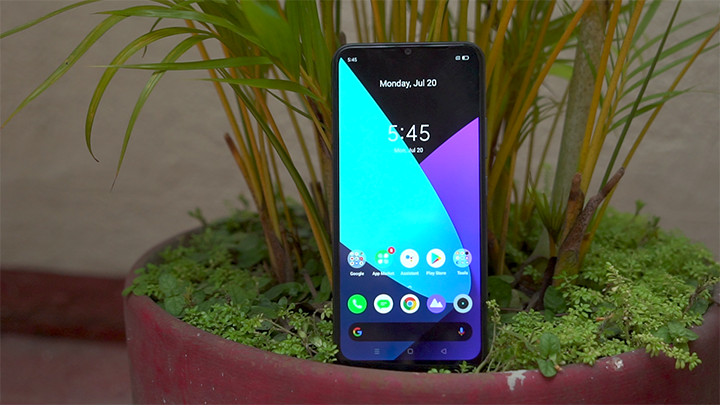 Looking at the front, the realme C11 has a mini-drop notch design, which is beginning to look a little bit dated, since a lot of entry level phone’s are starting to adopt the punch hole camera layout. It also has a very noticeable bezel by the chin, but with this screen size, we don’t think you’ll be having much of a problem, but the lack of a notification light might bother some people. Another thing that might bother you is the lack of Corning’s Gorilla Glass protection, but we do get a pre-installed screen protector which is a good thing to say the least. 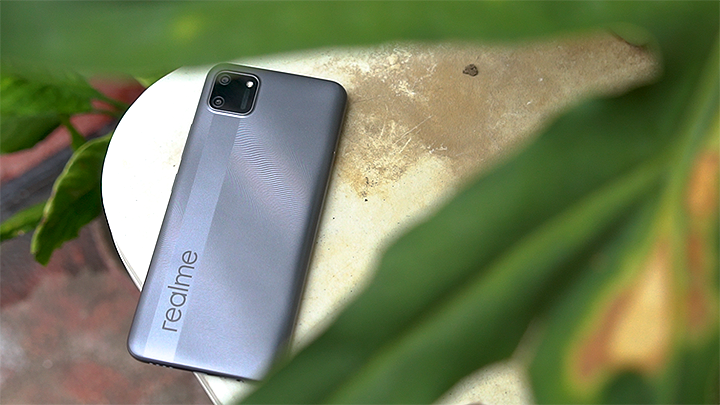 Heading to the back, we have a polycarbonate rear panel that features a textured finish; which helps maintain grip of your phone as well as avoid unnecessary fingerprint marks. This particular colorway along with its updated rear camera module does vaguely remind us of Samsung’s S20 Cosmic Grey Series; but what does capture more attention is that smooth vertical strip with the Realme logo that lines up along with that beautiful looking rear shooter, which we think is a really nice touch.

On the left sits your dual-nano sim card tray, along with a dedicated micro SD card slot for expandable storage, while on the right we have your power button and volume rocker keys. 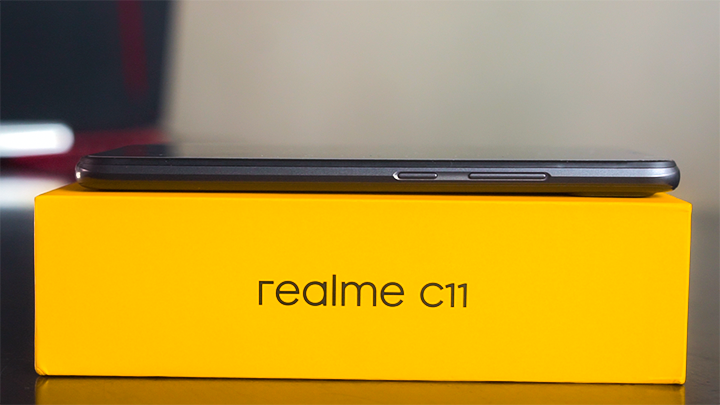 The top is nice and clean, while at the bottom, we have a rather dated micro USB slot for charging, the primary mic, loudspeaker, and thankfully a 3.5mm audio jack. 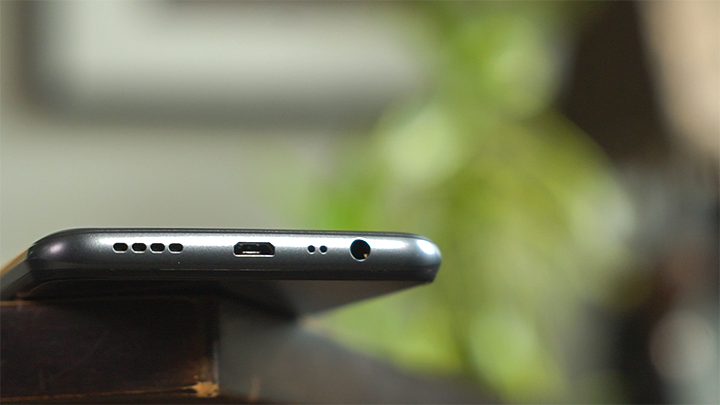 Checking out the display, we get a 6.5-inch IPS panel running at a resolution of 1560 x 720, which equates to 270ppi. Colors are nice and vibrant, even without OSIE Vision Effect found in more expensive Realme and OPPO phones. Viewing angles are decent and show good contrast especially when watching multimedia content. 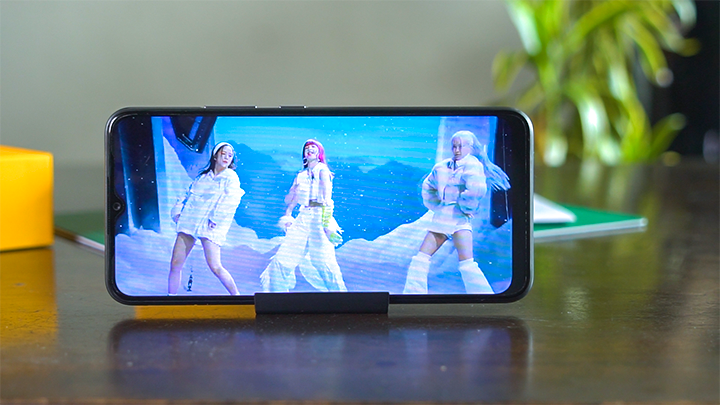 At maximum brightness, the C11 is very usable even in harsh lighting like when you’re outdoors. And for a phone with a 720p display, output is still quite sharp from a normal standpoint, but you will start to see some pixelation when you get really close to the screen. Frankly, it’s still quite a reasonable looking display especially if screen resolution is not so important to you.

Audio-wise, the C11 utilizes a single downward-firing speaker, which performed alright as expected. There isn’t much bass, which is okay since this again, this is an entry level phone. But if we’re talking about loudness and clarity, the C11 definitely passes with flying colors.

For cameras, the realme C11 has a total of three. We get a dual rear setup consisting of a 13MP primary sensor and a 2MP depth sensor. In front, we get a 5MP sensor for selfies. Unfortunately there is no option to change the quality of the photos in the settings, but video recording does let you set the resolution to either 720p or 1080p. 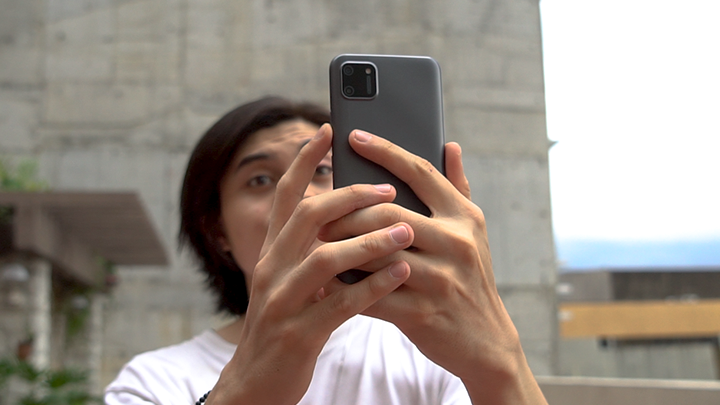 Shots taken with the rear camera are not bad, especially with HDR and AI Color Dazzle mode turned on. We get decent looking images, with a nice pop of color. Portrait mode using the main shooter also works well, but could use a little work when it comes to subject-background separation.

With all beauty enhancements switched off, selfies were average and would sometimes come out blurred if you take your shots too quickly. Switching to the front camera’s portrait mode works much better though with more sharpness, better contrasting and of course that nice bokeh effect that everybody loves.


After taking a few shots, it looks like the realme C11 performs best from close to mid-range distances with ample amount of lighting, as noise becomes quite apparent when you’re either trying to shoot something from afar or when in dark environments. We do have nightscape and pro mode as well, so night shots are still achievable to a certain extent. The C11 has a native image output of 4160 x 3120 pixels with no setting to change this in the default camera app.

We have a choice of shooting at either 720 or 1080p at 30FPS when it comes to video recording. Quality is enough for casual use, and since this doesn’t have any form of stabilization, you’re gonna have to keep your hands steady if you want those smooth shots.

Running the software department is realme UI based on Android 10. realme has really come to their own with their own spin on ColorOS. While it still generally feels like the skin it’s based on its previous OS, Realme UI is a delight to use thanks to its fluidity, security, and useful features like Realme share. 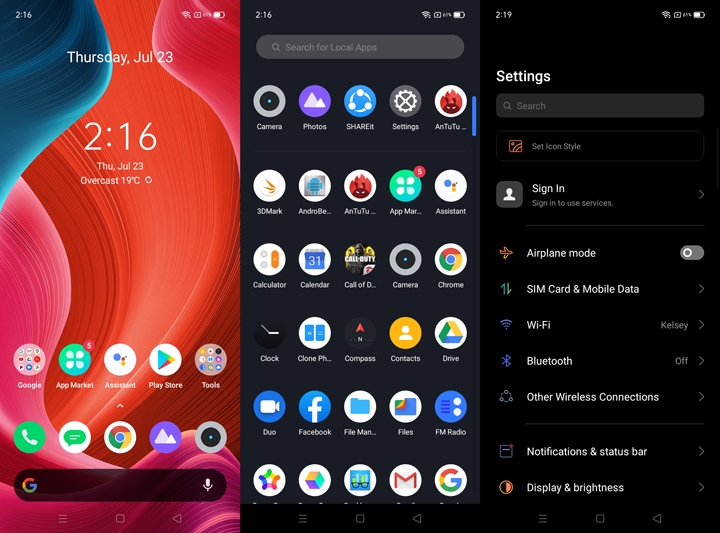 Pre-installed apps include the standard Google suite and realme’s native applications including realme Link and Gamespace. It’s nice to see a clean homepage from factory default with not a lot of bloatware upon initial startup.

When it comes to storage, out of 32GB total, 12.8 GB is taken up by system files, leaving you with only 19.2 GB of usable space, but you can always insert a microSD card with up to 256GB of expandable storage. Since the C11 doesn’t have a fingerprint scanner, the only extra layer of security we have is face unlock, which surprisingly works well even in dark environments. 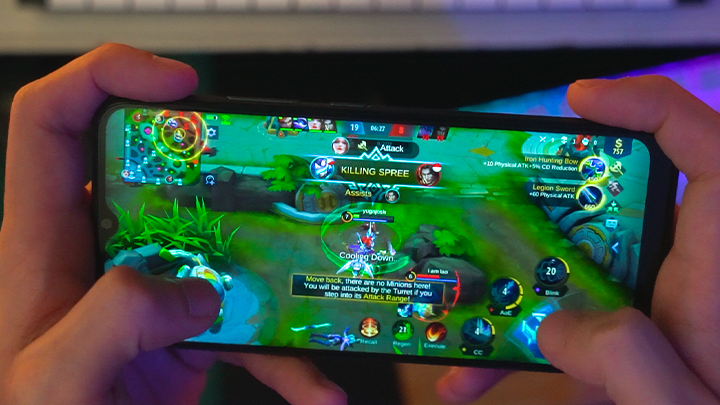 However, the unit we have here for review is a special edition that comes with 3GB of RAM.

Performance is sufficient for most basic tasks like social media and other light apps. When it comes to multitasking, the low amount of RAM takes its toll when several things are happening in the background at once, but if you’re not the type to juggle through different apps, it should work just fine. 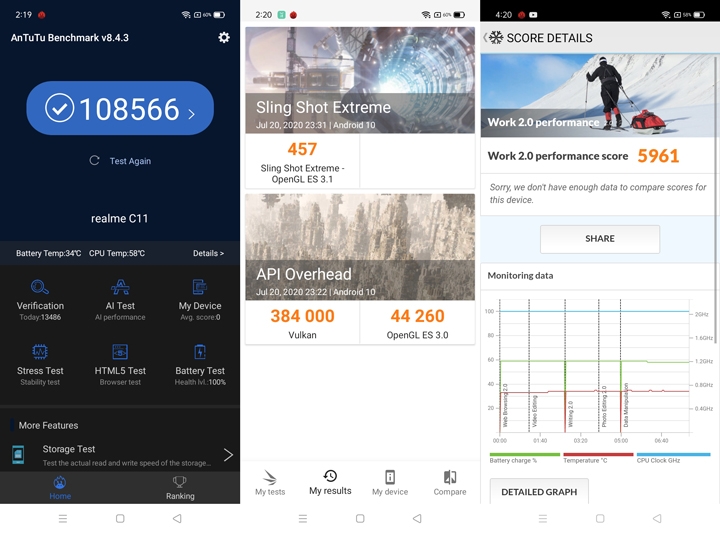 When it comes to gaming, the Helio G35 has already been proven to be able handle some gaming, but don’t expect anything like high graphics settings and super smooth gameplay, as there will be times you’ll encounter some stuttering, but these are things you’re going to have to expect for an entry-level phone. By default, Call of Duty: Mobile and Pub-G run quite smoothly on the lowest graphics quality, both on medium frame rate settings, while less graphically demanding games like Mobile Legends and Temple Run 2 run quite effortlessly on this device.

For reference as to how the C11 performs, check out the benchmark scores we got below:

The realme C11 comes with standard wireless connectivity features such as 4G LTE, Wi-Fi 802.11 b/g/n, wireless hotspot, Bluetooth 5.0, GPS, and FM Radio. In terms of wired connectivity, it would have definitely been nice to see USB-C, but given the price point and positioning of this phone, microUSB is expected. 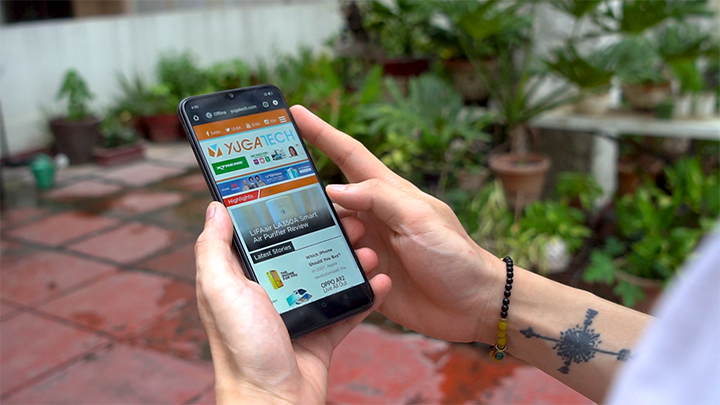 For power, it comes with a 5,000mAh battery with support for 10W charging. This huge capacity combined with the lower resolution screen and power efficient chipset provide an easy two day battery life. Charging however, is slow given the limited 10W power delivery.

In our standard video loop test (1080p movie on loop, 50% brightness, 0% volume, airplane mode on), the C11 backs it up with a total of 25 hours and 31 minutes of playback; making this device a good companion for continuous multimedia consumption, while charging the device up from 0 % took 2 hours and 58 minutes to reach full battery life.

For a phone that’s well designed, has great battery life and boasts a very capable processor, the realme C11 is a good choice for those who want a well balanced device that has decent gaming performance for a bargain price. The Realme C3 is priced at Php4,990 (2GB + 32GB) and is available in all official online store in Shopee.

Agree, I have it here it is super laggy

You are better off with the C3. The model being sold here is the 2gb version, which is for sure going to be laggy even if you just use it for your school homework.