It’s the new versus the old. This time, we’re comparing the Plus-sized flagship smartphones from Samsung – the recently unveiled Galaxy S9+ and last year’s Galaxy S8+. Find out what has improved by checking our specs comparison below. 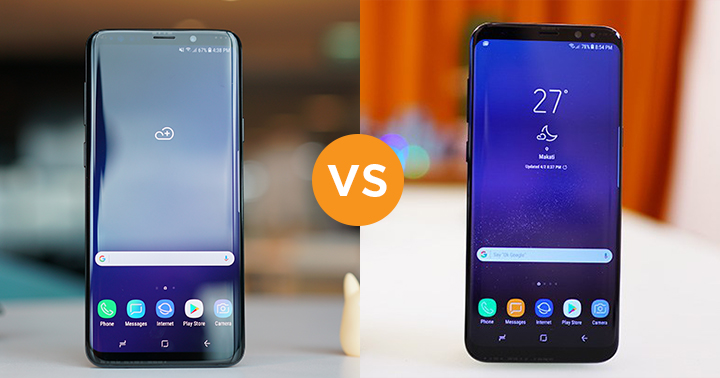 Like the S9 and S8, the S9+ and S8+ have plenty of similarities, but if we’re looking at more power under the hood, the S9+ has a lot. There’s the newer and more powerful processor and GPU, RAM has increased to 6GB, and they’re offering larger storage options, specifically 128GB and 256GB.

The camera department is where the S9+ blows everything out of the water, even its smaller sibling the S9. It has dual-rear cameras just like the Galaxy Note8, with 2x optical zoom and other features that two sensors can offer. Like the S9, the aperture can go as wide as F/1.5 for better low-light shots, as well as OIS.

Connectivity-wise, the LTE modem is faster but the experience still depends on your provider. There are the stereo speakers powered by AKG and Dolby Atmos which is good for casually watching movies or listening to music.

As for the software, it comes with Android 8.0 Oreo with Samsung Experience 9 out of the box. Battery capacity, though, has been retained at 3,500mAh.

The Galaxy S8+, on the other hand, doesn’t have a lot of advantages to offer aside from the thinner and lighter build and plenty of color options.

With everything that has been mentioned, the Galaxy S9+ gives more incentives if you’re planning to upgrade from the Galaxy S8 or older. What’s interesting to see is how it will stack against the Galaxy Note8. Find out in our next comparison.