The mini version of the current Sony flagsip device dubbed as the Xperia Z5 Compact has recently arrived in our shores. With an octa-core Snapdragon 810, 2GB of RAM, and a 23-megapixel rear camera at a price near those of the flagships in tow, can this David put up a good fight against the Goliaths? Read on to find out. 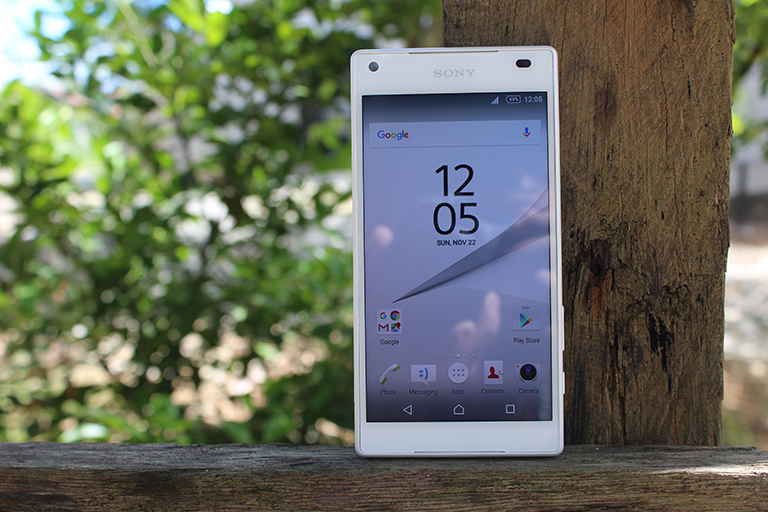 The Z5 Compact follows the string of small, all-powerful devices that Sony has been releasing alongside the flagship Xperia device. The last we’ve seen was in 2014, where the Japanese company released the Z3 Compact worldwide. There were rumors of a Z4 compact after that, but never came to fruition.

Sony has updated its classic omnibalance design in its Z5 series. Aside from with the more box-y rounded corners, Our unit has a full-plastic side frame in a pearlescent white color, ditching most of the chrome embellishments it had with the buttons and ports as seen with its predecessor while maintaining the design simplicity it offers. 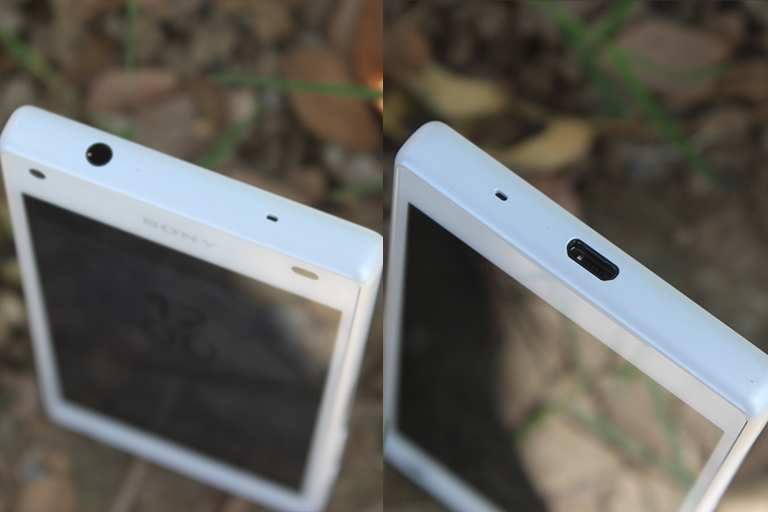 Just to give you a quick look around the device, on the front are the screen, the call and stereo speakers on each end, the notification light, and the front camera. On top resides the 3.5mm audio port and the noise-cancelling microphone. At the bottom is the microUSB port, which isn’t covered anymore. 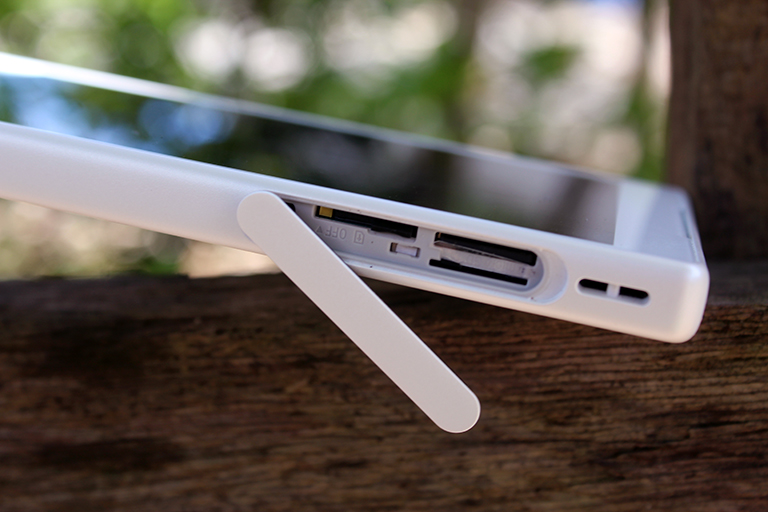 At the lower left side is the only removable flap cover that gives you access to the nano-SIM and microSD card slots. The SIM is put into a dedicated tray before inserting. Take note that while it may be easily accessible, the system does not recognize it as hot-swappable as the phone automatically restarts when you insert a card while it’s open. There’s also a lanyard hole in case you want to put an accessory on your phone. 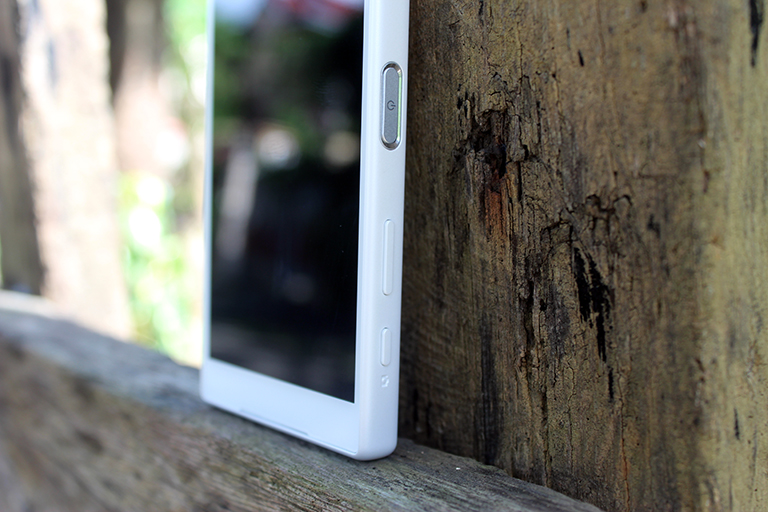 On the right side of the device lays the power button, the only part decorated in full chrome. This is because the said key also doubles as the fingerprint scanner. Below it are the volume rockers, and the placement is kinda odd because you normally see these on the upper part. There’s also a dedicated camera button, something that photography enthusiasts will appreciate. The fingerprint scanner is put into a good place where most of right-handed persons would appreciate, but we doubt the same for those who use their left hands. 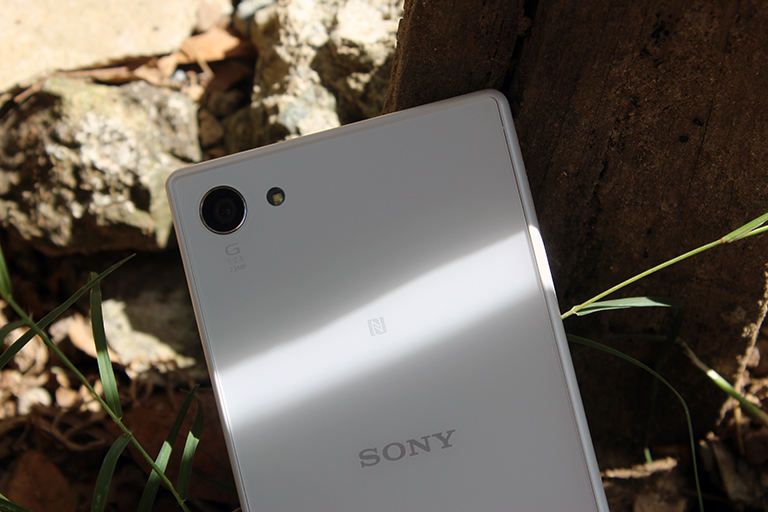 The back of the device presents itself with frosted glass, which we really like. While it doesn’t eliminate the usual fingerprints and smudges that occur due to the nature of the device, the overall finish made it harder to be seen. The 23-megapixel camera and the lone LED Flash sits at the top-left corner. There’s also the NFC mark just right at the middle.

Overall, the devices has a pleasant minimal aesthetic design that would never get old. Holding the device for everyday use has been pretty good. Heft isn’t that noticeable despite being a bit heavier than its predecessor, making it pretty comfortable to hold and grasp even when it has a flat back. One-hand control is excellent, but there might be problems that one can encounter ahead. You might also see yourself accidentally pressing the volume rockers at times. It’s also harder to press on it when using just one hand. 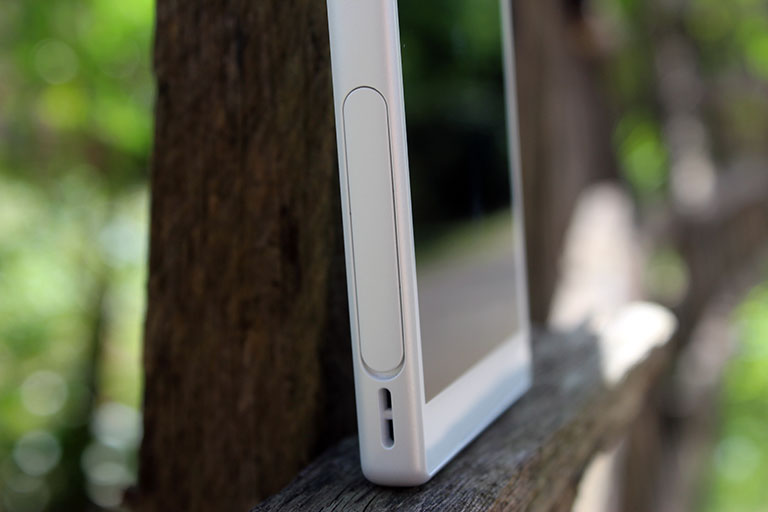 The additional waterproof protection comes in handy, too. I was able to use it while having a dip in the pool without worrying about it being damaged. Take note that the phone’s IP68 rating has a limit, so you might still want to take a few precautions especially that ports are still exposed and water infiltration may still occur on those areas.

I’ve never seen a dual-sim version of the Z5C, is it really? Or do I need to buy a dual sim adapter like this to make it work: http://www.magic-sim.com/product/id/31/phone/2736/MAGICSIM_ELITE_-_NANO_SIM_DUAL_SIM_ADAPTER_for_Sony_XPERIA_Z5_COMPACT.html