After 5 generations of the Xperia flagship series, we think Sony has done a terrific job at making the Xperia Z5 its best smartphone to date. In the last 5 iterations, it still retained its design DNA since the first day and the Z5 still closely resembles that unique look of the Xperia Z, down to the glass on glass body and the IP68 rating.

If you think the Xperia Z3+ was an incremental upgrade over the Z3, then the Z5 is a totally new beast. Check out our initial impressions in this video clip before proceeding to the review.

At first glance, you would not quickly realize that the Xperia Z5 is any different from its predecessors. The flat monolothic design in glass and metallic construction has always been its signature look. Turn it on its back and you will notice its most distinguishing mark — the matte polished back panel. You might also mistake it for a metallic plate but its actually a really thin and hard glass that’s been given the frosted treatment. The frosted glass looks more appealing than the previous glossy finish as it prevents any fingerprints or smudges all over the surfaxe and it actually works pretty well. Our review unit is the graphite black variant although it would look like dark brown depending on the angle of the light. At the bottom end is the micro USB port which is exposed but Sony managed to make them water proof as well. Beside that is a provision for a landyard strap which makes sense especially during those times you’ll be bringing this to the beach or in the pool.

Up top is the 3.5mm port which is exposed but also water resistant. That also includes the two front-facing speakers. 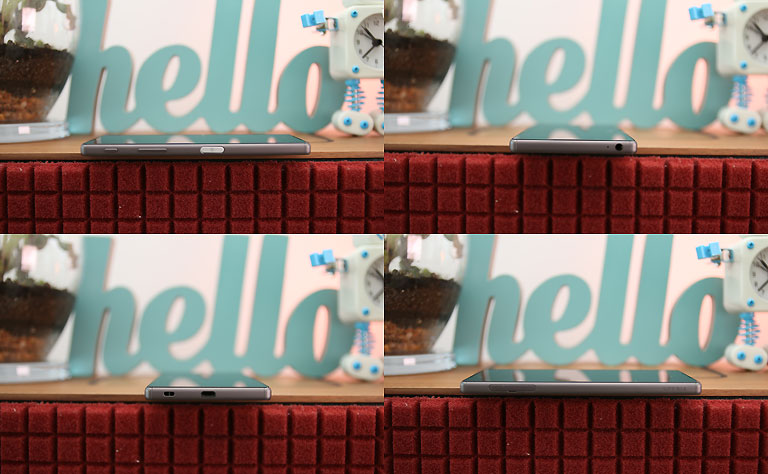 The single water-proof flap on the left side protects the nano-SIM card and micro SD card trays. The right side is the volume rocker, a dedicated camera shutter and that signature power button that also doubles as a fingerprint scanner. The old power button used to be a huge rounded protrusion on the side while the new one is much larger and elongated to provide more surface area for the built-in sensor. Sony did a good job at making the large power button on the right as a fingerprint scanner. This works well when you are holding the device with your right hand and your thumb is pressing against the power button comfortably. However, it feels awkward if you are holding the phone with your left hand. If you are a leftie though, you can actually still use your index or middle finger and register it with the scanner as that’s the most accessible to the button.

Sony almost perfected the water-proofing of the Xperia Z5 in such a way that the exposed ports like the micro-USB and 3.5mm audio port need not have protective flaps to seal them from any liquid material. We say almost because there’s still a chance that seepage could happen if there’s prolonged exposure to liquids. 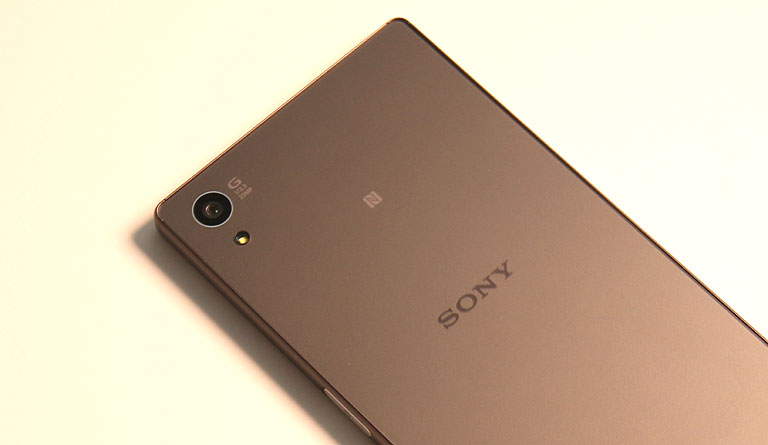 At the back is the 23-megapixel camera flushed on the left corner with the single LED flash just below it. The Sony logo is subtly etched into the glass in the middle with the NFC logo just above it so you’ll know where to tap when you want to pair it with other NFC devices.

Perhaps the only awkward placement we observed is that of the volume controls on the right side. It is placed way down the lower end beside the dedicated camera shutter that it’s hard to reach it when holding in one hand. We think the better placement should have been at the top side of the power button where most other devices put them. 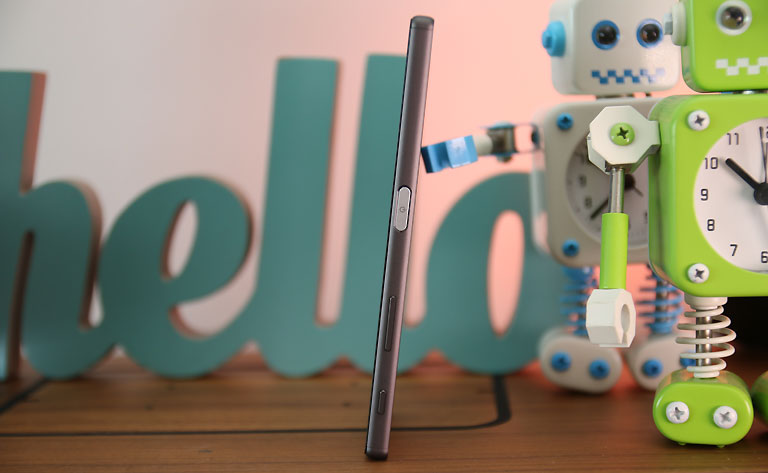 Nevertheless, we think the Z5 is the best-looking Xperia device so far and we especially liked the frosted glass treatment.

Not necessarily. My iPad and iPhone are both jailbroken and customized… no bugs, lags, or any other problems. Maybe for the old models.

Pls. take note that this one doesn’t have an optical image stabilization, only digital. Kindly fix it so we don’t give wrong info to the readers. thanks

Jire someone who can speak English properly. It’s three not tree. Sounded like a robot, no life at all. Pain to listen to.

We corrected this to indicated hybrid image stabilization. Thanks for spotting that.